Your guide to the #F3Derby

We’re kicking off the season with a blockbuster #F3Derby against the Newcastle Jets but there’s more than just football to get your excited for our first home game of the season. Kick-off is 5:35pm at Central Coast Stadium!

Have you purchased your tickets yet? CLICK HERE to book now!

Tom is no stranger to a derby ?? He can’t wait to make his debut in the #F3Derby on Saturday night! Tix ? https://t.co/PWuKRxNSnH #ALeague pic.twitter.com/9pfXB4URK4

Pre-Game Gathering at the Gosford Bowling Club (from 3pm)

All the action starts at 3pm with the Official Pre-Game Gathering. Thanks to the Six String Brewery and Central Coast Leagues Club you can head to the Gosford Bowling Club (entry via the Eastern Side of the Stadium).

Central Coast Leagues Club have also organised a jumping castle for the kids so make sure you bring the family along for Saturday night football at Central Coast Stadium.

We’re bringing Dane Drive alive this season with a DJ and activations to keep everyone entertained before you enter Central Coast Stadium. There will also be a giant inflatable dartboard that you can try your hand at. 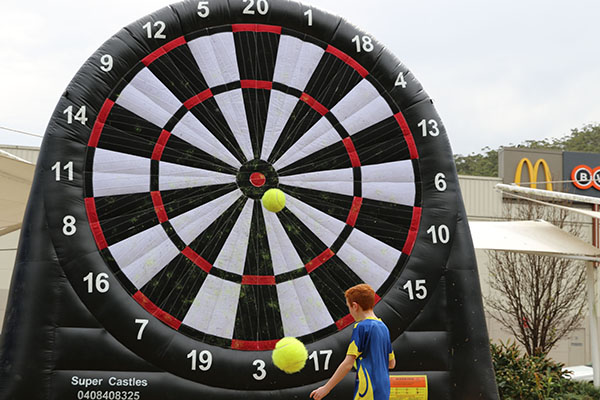 Legends Challenge (kicks off at 4pm)

As a curtain raiser to the #F3Derby on Saturday October 7 at Central Coast Stadium a team of former Central Coast Mariners stars will do battle against former players of the Newcastle Jets in the second ever, Legends Challenge.

Carrying on from last season’s inaugural Legends Challenge, the history of the #F3Derby will be celebrated when former greats of both sides will take the pitch for ultimate bragging rights. The Legends Challenge is proudly supporting Men of Football.

The #F3Derby Legends Challenge is BACK ? See some of your favourite legends in action on Oct 7! Info ?? https://t.co/BuvlmLRSB4 #ALeague pic.twitter.com/WzUsxAodQp

You can WIN thanks to our Match Day Sponsor, Booth’s Motor Group!

The Central Coast Mariners are excited to announce that the support of Booth’s Motor Group will continue throughout the 2017/18 season. Booth’s are offering Mariners Members an exclusive offer on the purchase of a brand-new Hyundai.

On Saturday, Booth’s Motor Group will be running a ‘Shoot the Boot’ competition! On the day we will pick some lucky contestants to take part in the half time activation where one lucky winner will take home a $100 fuel voucher!

Family Photo & Families on the Field (After full time whistle)

DON’T FORGET! Join us post game to take part in the Family Photo with the new Central Coast Mariners squad in the north-west corner after our win in the #F3Derby.

After the Family Photo, we will invite you to join us for a kick on the field. When it’s safe, a siren will sound and all families will be able to join us on the pitch for a kick, so make sure you bring a ball! 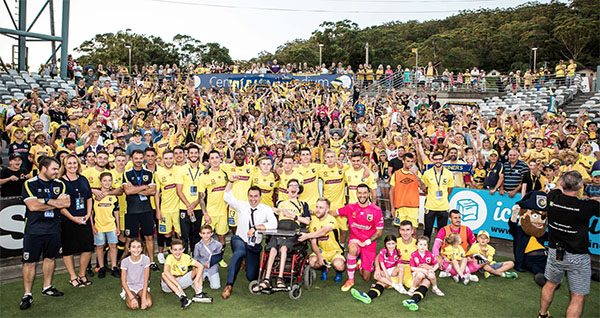 First home game for your new-look Mariners! They debut in the #F3Derby

How many of Paul Okon’s 11 new recruits will make their debut against their fierce rivals on Saturday night? Kick-off to the Hyundai A-League blockbuster is at 5:35pm.

After being starved of football for months, this should be enough to get your mouth-watering and fired up for our first home game!

Get kitted up in your new Umbro stripes and sashes!

Rebel are stocked up and ready to go for round one. We want to see plenty of our new striped kits in the crowd this season and you can pick yours up from the official merchandise shop located on the north eastern concourse and the western concourse.