The Women Behind the Mariners

Women’s football and the extensive impact women have at all levels of the game will take the spotlight during Female Football Week, which will encompass the Hyundai A-League’s split Round 23.

Female Football Week was officially launched on Tuesday evening, the eve of International Women’s Day, and recognises the immense growth of women’s football and the key roles women play in all aspects of the game.

The Central Coast Mariners are using ‘International Women’s Day’ on March 8 to celebrate the positive impact that women have on not just the Mariners but at grass roots level for football on the Central Coast.

Of the 17 full time staff members of the Mariners, nine of them are females who work across all departments from finance to football. 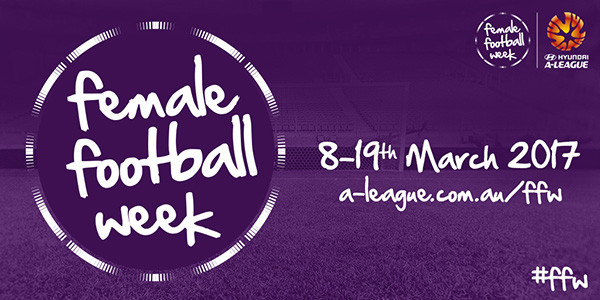 Speaking with the Central Coast Express Advocate, Mariners CEO Shaun Mielekamp praised his female staff Members for not only their efforts at the Mariners, but their tireless efforts at grassroots football with their respective local clubs.

“All of our female staff are also involved with the grassroots level of football with local clubs as either players, coaches, committee members or even president,” Mielekamp said. “We appreciate the contribution of all women in the game, from the mums who spend their entire weekends driving kids to football, to the ones who volunteer for canteen duty, to the players, right through to the work being done at the Mariners.

“It’s great to have the likes of Carly Carmichael, who is leading the charge for the Mariners W-League team and Sharon Baxter, who is the Terrigal (United) club president but was also crucial when it came to the paperwork and logistics which made it possible for a player like Luis Garcia to spend time at the club,” Mielekamp said.

Sharon Baxter is the longest serving staff member at the Mariners (11 years) and is also the president of Terrigal United Football club where she has served on the committee for 17 years – 14 years as president.

“I think women look at the larger picture, for example the Mariners have a very young team at the moment and you might take on a bit more of a mothering role,” Baxter said. “We can look at the different factors behind the player’s form like the emotional aspect which might otherwise get overlooked,” Baxter said.

Female Football Week will also have a number of official ambassadors to further drive the promotion and awareness of the contribution females make to football across Australia.

A key objective of Female Football Week to is to drive female participation, while also acknowledging the large number of women who are currently actively involved in the game in any capacity.

“Female participation makes up an integral part of football and why it is Australia’s largest club based participation sport,” said Gallop. “Football has been a driving force in the advancement of women’s sport in Australia. With the Westfield W-League and the amazing success of our national women’s team, the Westfield Matildas, girls have a pathway to the world’s biggest sport and have heroes to emulate.”

On the field, women’s football is the fastest growing area of the sport and female participation continues to increase, particularly among girls under the age of 14.