Central Coast boss Tony Walmsley kicked off pre-season training on Monday fresh from a trip to the UK where he spent time with newly-promoted EPL outfit Hull City and Mariners consultant Harry Redknapp.

The 50-year-old Walmsley embarked on the scouting mission to gain insights from a fellow community-based club.

He worked closely with Tigers boss Steve Bruce during his stay on Humberside and he hopes this will rub off on his squad for Hyundai A-League Season 12 in 2016/17.

“I spent a fair bit of time with Hull City. I shadowed Steve Bruce. I was fortunately there for their push back from the Championship to the Premier League,” Walmsley told reporters on Monday.

“As much as you’re tracking an experienced, high-level manager around and able to pick his brain, he’s very generous with his time.

“The set-up there is very similar to ours in terms of they’re a small community-based club and punching their weight with the big guns.

“It was great to reflect on how they go about their business, how close we are in terms of our approach and then obviously looking at the players and what the gaps might be that we’re striving to bridge after last season.”

Walmsley also revealed he caught up Harry Redknapp during his visit, with the former Tottenham and QPR manager acting as a football consultant for the Mariners in 2016/17.

“With Harry Redknapp being involved in a consultancy capacity, it was good for me to touch base with him. I had a meeting with him,” he said.

“To have someone of his experience and calibr on the end of the phone, he can watch live games on BT Sport and feedback weekly.

“I’m looking forward to the interaction with him as we move forward.”

The Mariners are looking to rebuild their squad after a maiden wooden spoon last season and have signed Mickael Tavares, Jacques Faty and Ivan Necevski from Sydney FC, along with former Victory winger Connor Pain. 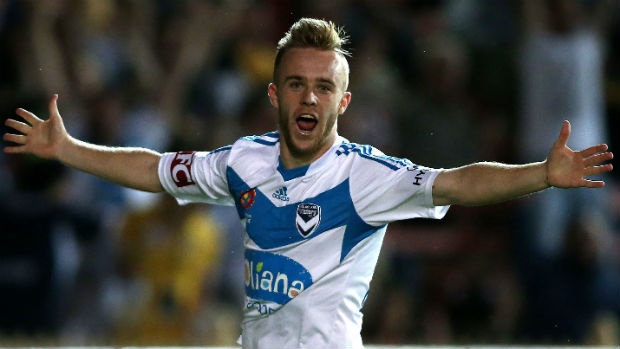 Walmsley admitted his side needed an overhaul but insists the changes required are not only in regards to personnel.

“There’s no doubt that by the end of last season we needed to make significant changes in the approach and the personnel.

“With the signing of Jacques and  Mickael we have experience down the spine. Then we brought in Ivan Necevski, again an experienced keeper.

“The easy bit in many respects is getting the right personnel to pick the team up straight away from where we ended up last season.

“The big chunk of work now is in the approach we need to take and how we need to do things different tactically.”