From Vanuatu to Green Gully via the Central Coast

It didn’t all go to plan last night but there were three special fans in Victoria who had smiles on their faces after seeing their first ever football match.

Earlier this year the Central Coast Mariners teamed up with Coastie, Danny Barton to deliver boxes full of Mariners’ merchandise and football equipment to villages in Vanuatu that were devastated by Cyclone Pam.

Barton, who is a close friend of Nick Montgomery’s, grew up in Vanuatu and has been flying back and forward from the South Pacific undertaking selfless acts of aid well before the Mariners offered their support. 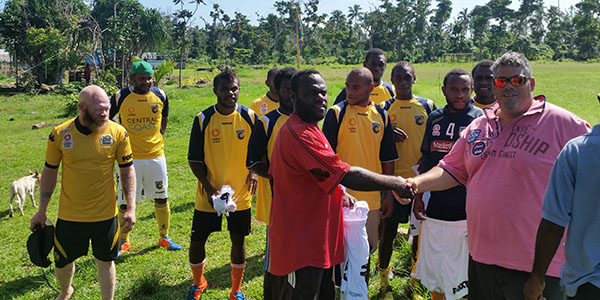 It’s nothing new for a football club to be sending gear to those in need, although Barton flew the three villagers from Vanuatu to the Central Coast to stay with him for an entire month.

During their stay, Barton hopped on another plane trip with them enroute to the club’s round of 32 Westfield FFA Cup Clash where the special band of travelling supporters witnessed their first taste of professional football, an experience they will remember for a life time.

Montgomery has been lucky enough to spend time with his newest friends during their stay on the Central Coast and was also able to catch up with them on game day at the team hotel where Barton brought them to meet a few of the players.

“It’s a great story really, Danny grew up in Vanuatu and last year when they had the big storms a lot of the villages were damaged so he’s spent time over there rebuilding,” Montgomery said. “They’re like his big family and I’ve become close to them as well through football.

“We sent them a heap of kits earlier this year and now we have a massive supporters group out in the villages of Vanuatu.

“A couple of them have actually come over for the first time away from the village, my friend Danny has brought them over.

“They’ve gone from never seeing an aeroplane or television to being part of the FFA Cup dream watching the Mariners,” Montgomery said. 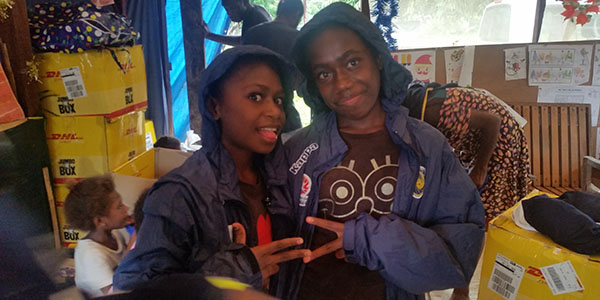