Friday night is the next step in Usain Bolt’s football journey. Ahead of the Campbelltown clash, we caught up with Bolt who spoke about the opportunity to show the world how far his football game has progressed. Kick-off is 7:30pm.

Tickets for the pre-season clash are available via Ticketek by CLICKING HERE!

On a wet Pluim Park pitch, Usain Bolt was putting in the final preparations ahead of the match that could see the Jamaican sprint king earn his maiden Mariners start.

It comes after Mulvey told media yesterday the 32-year-old was a ‘good chance’ to start the match in Campbelltown.

Friday night is the next step in @usainbolt’s football journey. ⚡️

Mike Mulvey today hinted that it could also be his maiden start for the Mariners… ? https://t.co/q2rUbyVCcH#CCMFC #ALeague pic.twitter.com/NQFR2ns2QP

After training on Thursday, Bolt spoke with ccmariners.com.au about the areas he has improved, which Mariners players have helped him along the way and how excited he is to take the pitch at Campbelltown Stadium.

Thoughts ahead of the biggest football game in your career…

UB: “I’m excited, first of all,” Bolt said. “Always going to be a little bit nervous when I get on the field, but right now I’m just excited. I look forward to the opportunity to prove myself, I’m that type of guy. I like competition, I like pressure, so I’m excited to go out there and just give it my best as always.

Improvements from your last performance…
U.B.: “I think my movement – my touch and my movement,” Bolt said. “I think my touches are much better now. I’ve learnt how to set my body, where to place the ball, get the ball from underneath my feet so there are a lot of things I’ve learnt that I’ll be applying to the game. It should be much better and I have more time on the field because I’m fitter now so that’s good.

I’ve been improving. You won’t know what level you’re at until you actually play a competitive game so I just got to go out there and play and then see what I need to do, or if I should continue or not. I’m just pushing myself, I think I’ve put in a lot of work so now it’s time to just go out there and execute.

"From a fitness perspective you could probably start him. Whether we do or not… There's probably a good chance."

The eyes of the world shift from the Central Coast to Campbelltown on Friday night to see the next step in @usainbolt's football journey! ⚡️ #CCMFC #ALeague pic.twitter.com/rLPZTu1Bku

The prospect of starting…
U.B.: “For me, the coach said he wants to play me up top more,” Bolt said. “The couple of games I played I didn’t play with the first team, so there’s a few of the first team boys in the team for Friday. So, he just told me to make sure I’m focused and push myself and take the chances when I get them.

“Yeah, for me that’s always a good step when a coach is satisfied with your fitness to put you into the starting lineup, that’s always a big step. I’m just happy I can get the chance to go out there and start, I’m just going to do my best because that’s the key thing.

“This is going to be a big game. I think it will determine if the club makes up its mind on what to do with my career, so for me it’s a very important game. I’m excited and I’m looking forward to proving myself so I’m just going to go out there, push myself and hopefully everything will work out. So that’s my focus,” Bolt said. 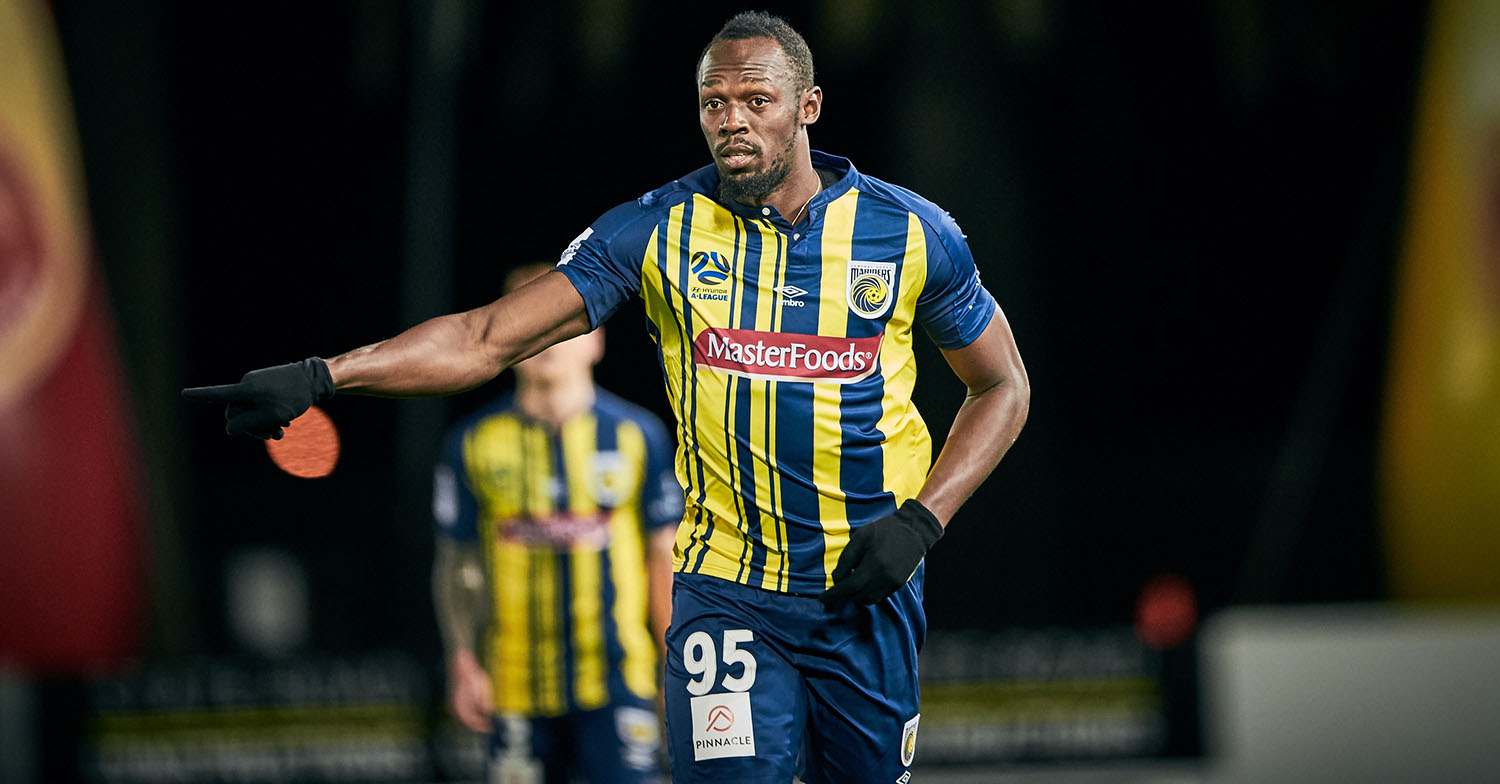 Mentors within the Mariners…
U.B.: “For me, Kali [Kalifa Cissé] was one of the first,” Bolt said. “He really talked to me and explained to me about what I should do and continue pushing. And the captain, Simo [Matt Simon], also did a good job in motivating me. And Corey [Gameiro], was one of them also.

“Even during games, when I should move, he would scream at me and say “Push up, push up, push up!” It’ll help me during games and off the pitch, and it’s good to have these guys really support and see the vision I’m trying to do here and really want me to succeed,” Bolt said.