Usain Bolt has officially touched down in Australia ahead of his indefinite training period with the Central Coast Mariners and addressed a strong media contingent at Sydney International Airport.

Although, it wasn’t just media who wanted to catch a glimpse of the world’s fastest man and Bolt managed to meet the dedicated detail of Central Coast Mariners supporters who made the trip down.

Bolt’s indefinite training period with the Club commences on Tuesday where he will train with the team for the first time.

Speaking to media on Saturday morning, the ‘World’s Fastest Man’ said he’s ready to show the world what he’s got.

The next step of his football journey is underway. Don't think limits. #CCMFC pic.twitter.com/YbGYG5rJmv

When asked how long he would stay with the Mariners, Bolt joked that the term ‘indefinite’ might mean just that.

“This is real. I’ve told the world that I want to be a footballer and I know what I can do for the Mariners who are giving me the opportunity to show what I’m capable of.

“You all know that I love Australia, so I am really proud to call it home for now,” Bolt said.

In his own cool calm and collected manner, the eight-time Olympic gold medallist revealed that his excitement overweighs the nerves ahead of the next step of his football journey.

“Nerves are always going to be there but I’m more excited than anything else,” Bolt said.

When asked if “physicality” would be an issue, the answer was simple. 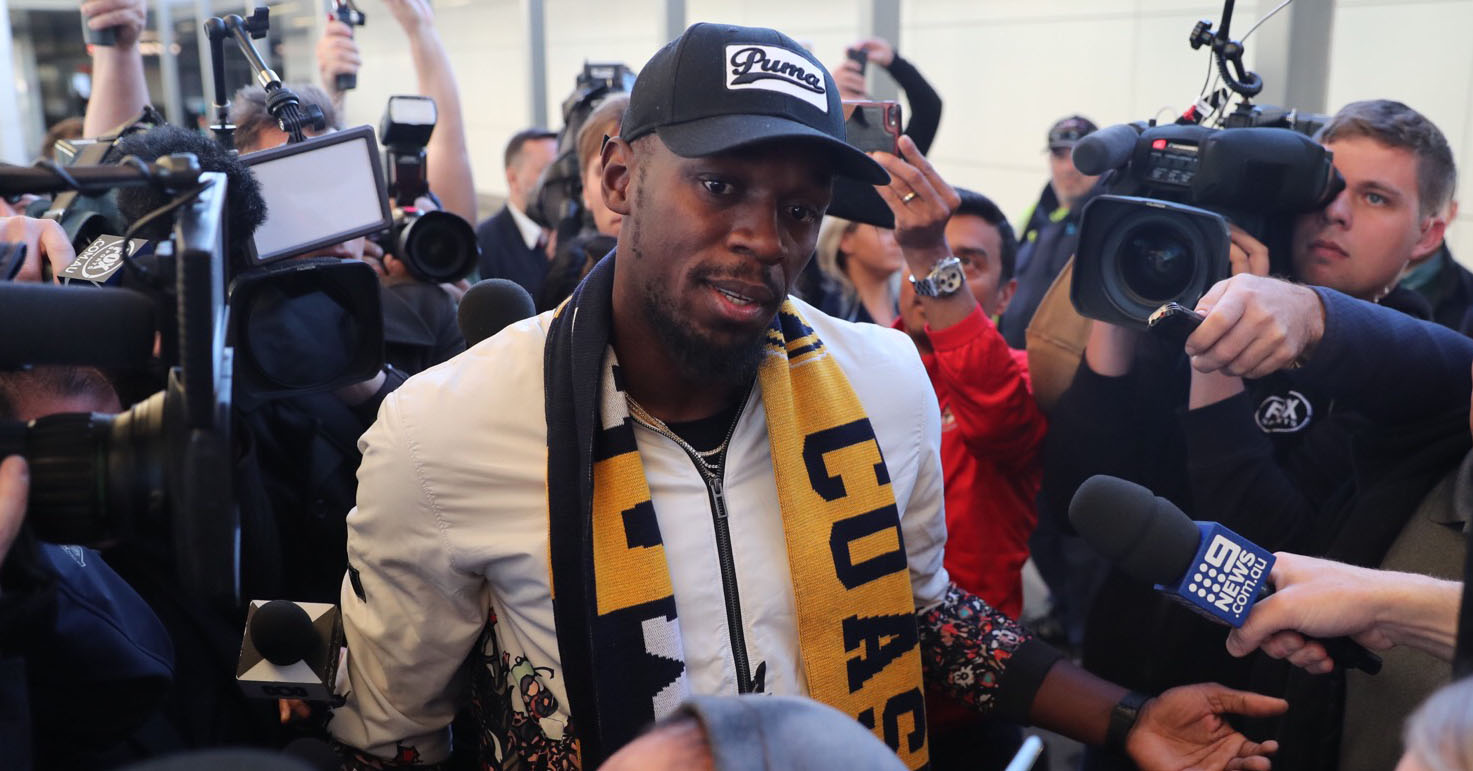