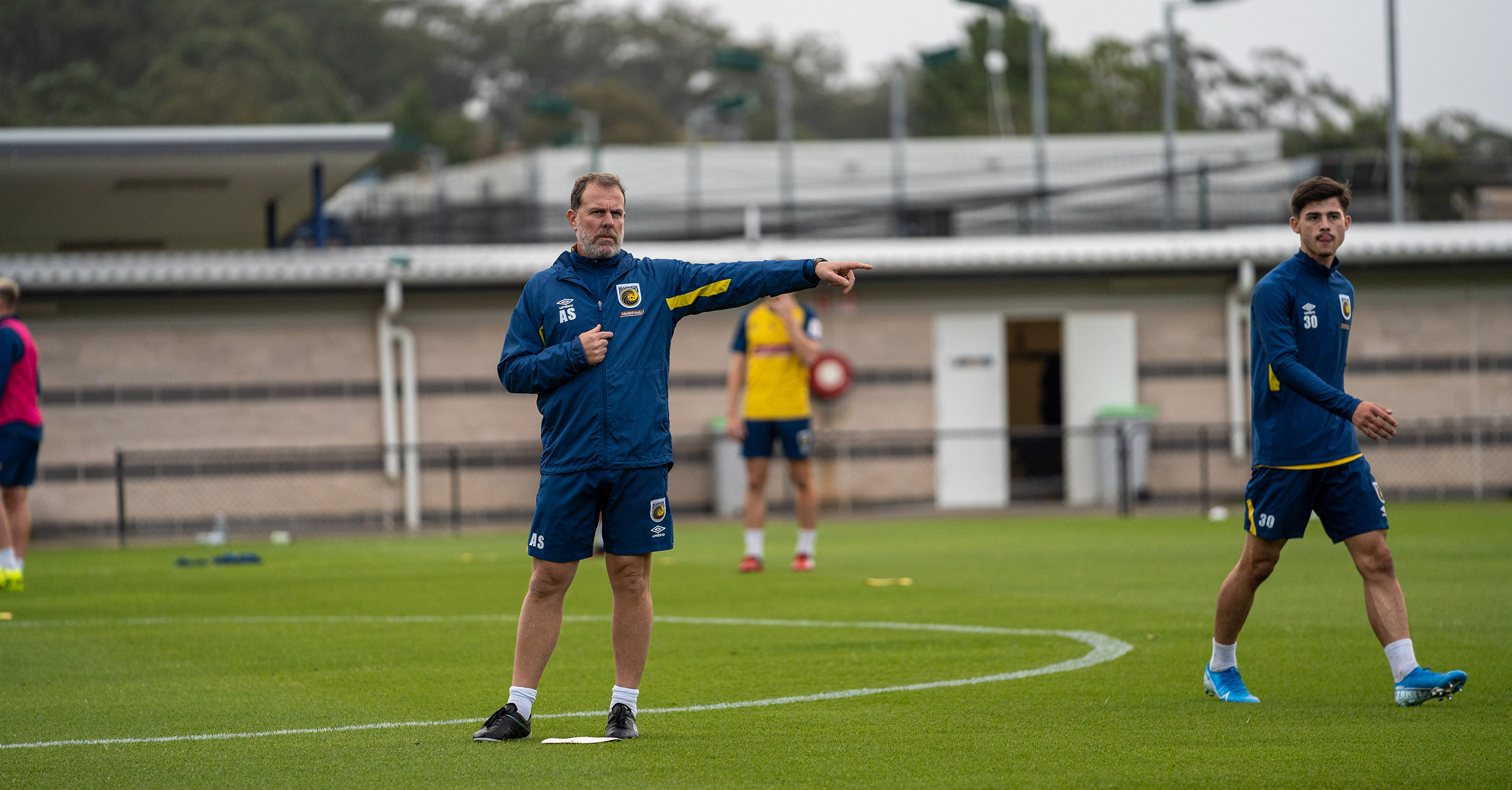 Alen Stajcic provided an update on MarinersTV on Thursday night about the Central Coast Mariners squad as they returned to training for the Hyundai A-League season restart.

As previously reported in the media, Korean midfielder Eun-Sun Kim returned home following the shutdown of the league in March and will not return to the Mariners for the remainder of the 2019/20 Hyundai A-League season.

Stajcic also revealed that Chris Harold, who joined the club from Perth in the January transfer window, will not return to the squad for the final four games due to personal reasons.

“So they are our big losses moving into this period of the year, but we’ve got a number of people training with us at the moment.”

The training squad is bolstered by some familiar faces to Mariners fans, with Travis Major and Michael Glassock both training with the Mariners’ group having returned from Hong Kong in previous months, joined also by Michael Neill and Nick Olsen.

Staj said the staff and players are all happy to be back out on the pitch with just over a month remaining until the season kicks off once more.

“It’s been really good just to feel alive and be back out on the pitch, and see everyone running around with a smile on their face,” he said.

“We all know what we’ve been through together as a collective, not only as a team but the whole community, but to be kicking a ball again and watch people enjoy themselves has been a real pleasure. It’s been great.”