The Central Coast Mariners have the perfect chance to bounce back with #F3Derby success on Sunday in Newcastle and we’ve got the squad news from both teams.

Have you booked your place on one of buses heading to Newcastle? Full season Mariners Members enter FREE!

The Yellow & Navy have returned from Canberra with some bumps and bruises that will see Jacques Faty sidelined for the weekend, providing a test for Paul Okon’s defensive depth. In addition, Jacob Poscoliero is still battling for full fitness and will need at least another week before making his return to the Hyundai A-League.

Scott Galloway made an early exit to last week’s remembrance round match against Wellington Phoenix due to a hamstring complaint and will be given until game day to prove his fitness ahead of what could be his first #F3Derby.

Much to the delight of Mariners’ supporters Harry Ascroft returns from a groin injury that has kept him out of Okon’s plans since his arrival and will provide an option for his side’s back four. Ascroft started and played a full 90 minutes in the club’s first Foxtel National Youth League match on Sunday.

The attacking stocks remain unchanged for Okon’s provisional squad with everyone pulling up well this week at training.

Looking at the other end of the freeway, our opponents will also front with depleted defensive options including the omission of former Mariner and Jets Skipper, Nigel Boogaard who was injured against Melbourne City.

With more reasons than ever to be excited about the #F3Derby, who’s travelling with us to Newcastle? 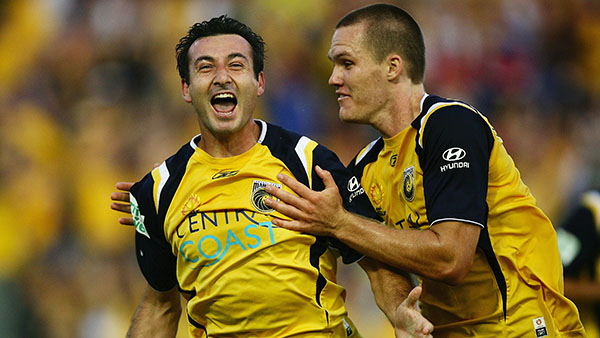