SAVE THE DATE: Family Day October 3

Join the Club as the players are presented with their jerseys for Hyundai A-League season 11, listen to interviews with key players/coaching staff, and enjoy the chance to mingle with the squad in the lead up to our season opener at Central Coast Stadium against Perth Glory on October 10.

Entry to Family Day is FREE and there will be a number of activities in and around the Stadium to keep supporters entertained and pumped up for the upcoming season, including a signing session with the full Mariners squad.

We’re also looking for two budding commentators to call our 11 v 11 match on the day. To enter, simply share our Facebook status to go into the draw to commentate the match at Central Coast Stadium​ with a mate.

Mariners merchandise as well as Memberships will also be on sale, so fans can truly get set for the start of the season opener a week later against Perth Glory at the same venue.

Central Coast Mariners Memberships are ON SALE NOW. Are you IN?

Saturday 3 October 2015 – save the date and get ready to help us launch our eleventh season in the Hyundai A-League! Are you IN? 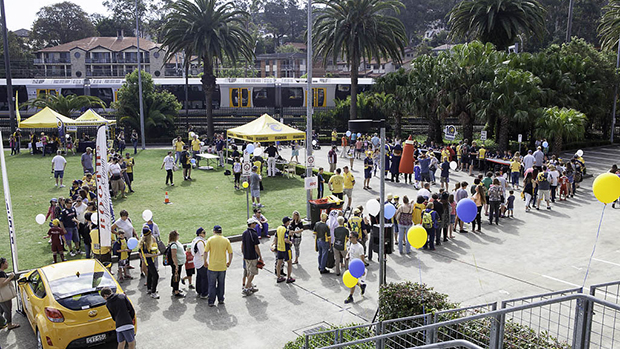