Retro round: It’s time to dust off your favourite Mariners kits!

Central Coast Mariners supporters will rally together this Saturday, calling on everyone to don their favourite Mariners retro kits and fill out bay 16 behind the goals!

Don’t own a retro kit? No problem! Join us in the pre-game function at the Gosford Bowling Club (across the road from Central Coast Leagues Club) where we will be holding a raffle of iconic Mariners’ retro jerseys. 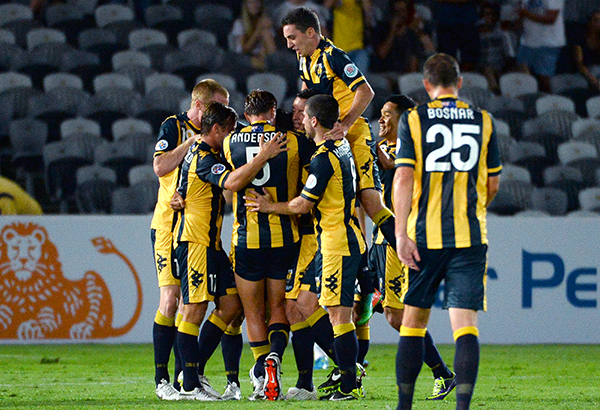 From 2:30pm the doors will open to the Official Pre-Game Function where you can enjoy a meal with a BBQ in operation that has a menu starting from $3 which includes steak and sausage sandwiches as well as craft beer from Six String Brewery.

Then from 4:00pm (straight after the FNYL Grand Final) you can join us in the bowling club with a host of former Mariners’ players such as Damien Brown, Patrick Zwaanswijk and Matt Crowell who will help us draw the raffle and take part in a range of Q&As.

From 4:45pm there will also be a visit to the pre-game function from non-playing Central Coast Mariners players followed by an address from Head Coach Paul Okon.

Yes, there will be some cracking jerseys in amongst the raffle but keep an eye out for some booby prizes that might also be thrown in the mix.

You could take home an iconic piece of Mariners history for as little as $5 a raffle ticket! Raffle tickets will be available for purchase at the Members’ Forum on Friday night, Gates Open (1:30pm) at the Eastern Turnstile and at Half Time of the Foxtel National Youth League Grand Final on the Northern Concourse. Prices are: 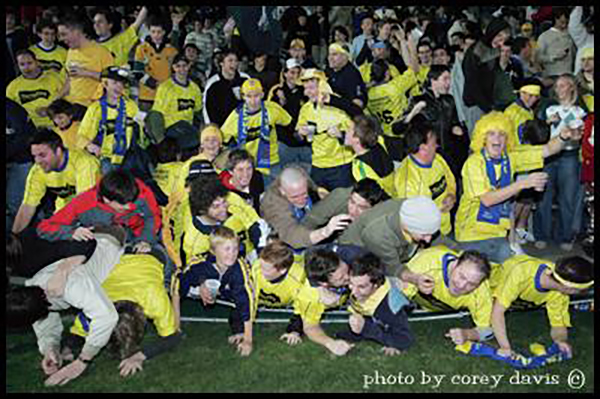 Also on Saturday the Yellow Army are driving a ‘Back to the Bay’ initiative, calling on supporters to band together in Bay 16 behind the goals to help back our boys across the line!

Have you ever been amongst the active support in Bay 16? Have you ever thought about it? Were you there in the early days and are looking for a reason to get back into it? Saturday is your day to link arms and sing in full voice! 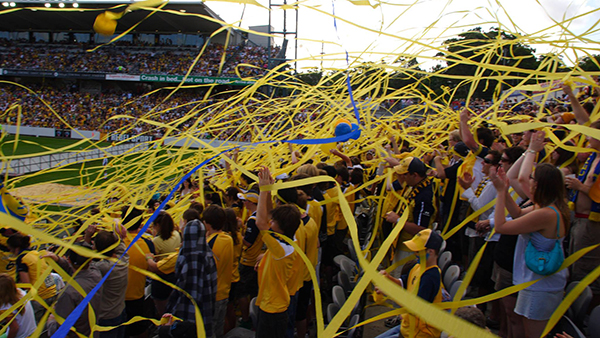