Whilst football fans across the country are getting set for a big weekend of football, one man is preparing for the run of his life in a bid to raise funds for Central Coast resident and Australian National Boxing Hall of Famer, Troy Waters.

Waters, who is a huge supporter of the Central Coast Mariners and a crucial part of pre-season preparations with his gruelling boxing sessions has been fighting Acute Myeloid Leukaemia since 2014. 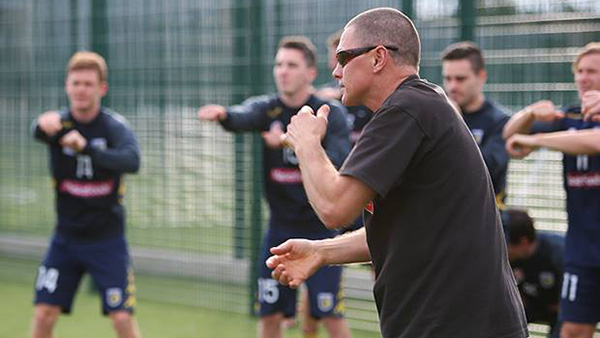 With the support of the Central Coast behind him, Troy’s close mate Matt Reid will run from the setting of the Sydney Derby on Saturday starting at ANZ Stadium at 5am with his finish line at Central Coast Stadium in time for kick off for our match against Melbourne Victory on Sunday.

Why is Reid running from Sydney’s West to the Central Coast? With the cost of treatments and Troy’s inability to work, the keen runner has taken it upon himself to raise funds to help Troy support his wife and two young children. 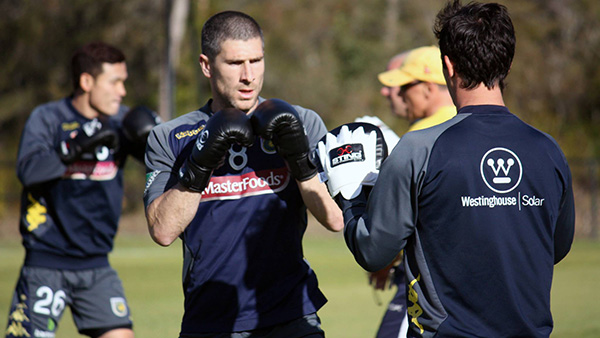 Reid will finish his run with a lap of honour at Central Coast Stadium just after gates open on Sunday and will be welcomed onto the pitch for a Q&A about his run and remind people that they can still donate through bucket collections on the day as well as online via his gofundme.com page.

Troy Waters is a great friend of the Central Coast Mariners and last season the Mariners Academy rallied together to raise a $22,000 for Troy and his family. 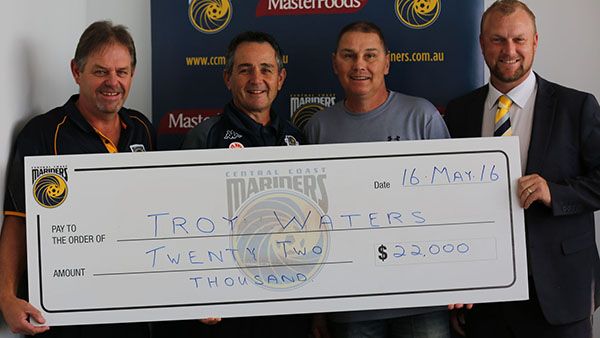 To donate to a great cause, CLICK HERE – every dollar counts.

For more information about Matt Reid’s run you can head to his Facebook Page by clicking here.

The Central Coast Mariners would like to wish Troy and his family all the best on the champion boxer’s biggest fight. We look forward to seeing you in the Mariners change room very soon.