Darcy O’Loghlen has taken a look at the key talking points heading into our Hyundai A-League round three encounter against Melbourne City at AAMI Park.

The Central Coast Mariners are on the road again to take on Melbourne City this Sunday at AAMI Park.

Melbourne City await with little time to recover after their mid-week excursion to Perth for a Westfield FFA Cup Semi-Final with the Glory. Not to mention the Melbourne City/Heart franchise have only won once in 14 encounters against the Mariners.

Don’t forget – you can join us at one of the official Central Coast Mariners live sites. Find out more by clicking here. 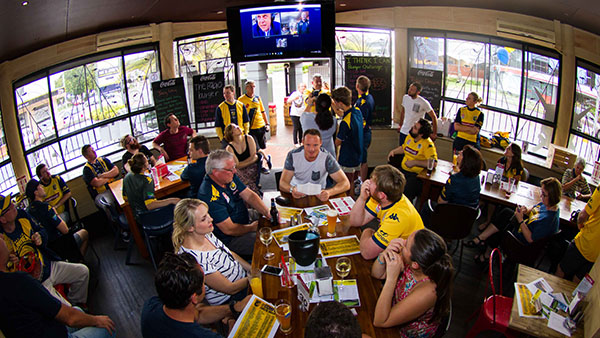 It’s difficult enough making the trip back from Perth with a week’s rest but City have just three days in their uphill battle for fitness after returning from the West.

City must also lift their spirits after being knocked out of the Westfield FFA Cup by Perth Glory thanks to a 3-1 loss on Wednesday night.

The Melbourne side also suffered a last gasp 3-2 defeat last weekend to Melbourne Victory at Etihad Stadium in the derby, which piles pressure on the citizens to take their first three points of the campaign.

Central Coast Mariners Head Coach Tony Walmsley will ensure his side kicks off with a bang and is confident that a high paced style can catch City out.

The Mariners have a win and a loss to their name so far this season, going down 2-1 last week to Brisbane Roar in an entertaining affair at Suncorp Stadium.

The Yellow & Navy attackers in Fabio Ferreira, Mitch Austin and Roy O’Donovan will be looking to carry their high tempo approach to AAMI Park on Sunday.

Socceroos & City midfielder Aaron Mooy has been on fire this season and will be one of the danger men looking to strike against the Mariners on Sunday.

Arguably one of the league’s best midfielders, Mooy’s key strength is his deadly long ball, putting it to dangerous effect last week against Victory to set up Stefan Mauk’s classy 71st minute equaliser.

City’s other goal against the Victory came through Uruguayan attacker Bruno Fornaroli who will also be a key player to shut down on Sunday afternoon. 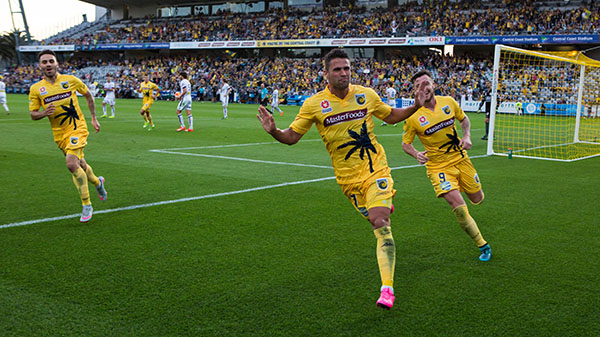 “City are now the big spenders in the league so there’s a sense of excitement around the place to go down there.”

“The only way they’re (young players) are going to adapt is by exposing them to the A-League, if we just sign young players and hold them back I don’t see the point in that. Lets get them out there, lets let them make mistakes and watch them grow.”

“What we’ve picked up weeks one and two is that we’ve started a little slowly and that probably comes from inexperience – there’s that self doubt that creeps in.”

Best remembered for Fabio Ferreira’s thumping set piece goal and cheeky celebration, the last time we met in March, the Yellow & Navy recorded a 1-0 win in Tony Walmsley’s first ever match at the Mariners’ helm.

Ferreira didn’t even attempt to go over the wall and took a direct route with a cannon of a shot that delivered all three points at our idyllic bayside arena.

**two to be omitted”