After recently being crowned Waratah Cup Champions thanks to their win over APIA Leichhardt Tigers, Hakoah will travel to the Central Coast to take on Paul Okon’s Mariners.

It will be a mighty battle for the Mariners with Hakoah Sydney City East boasting experienced Scottish midfielder/defender Gavin Rae who arrived in Australia after a decorated career in the U.K. with the likes of Dundee, Rangers, Cardiff City and Aberdeen. During his time in the U.K., Rae notched up over 400 professional appearances and has been capped 14 times for the Scottish national team. 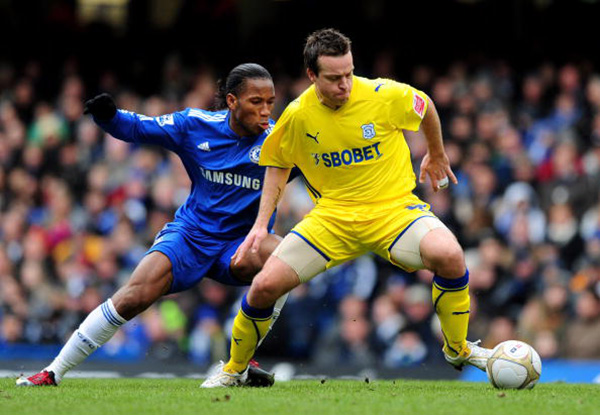 Caption: Gavin Rae of Cardiff is challenged by Didier Drogba of Chelsea

The match will serve as crucial preparation for Okon’s side ahead of their Round of 32 Westfield FFA Cup Clash against Blacktown City which is scheduled to be played on Wednesday 2 August at 7:30pm.