The Central Coast Mariners have drawn 2-2 in a fast-paced pre-season match against the Newcastle Jets thanks to impressive strikes from distance to left-sided-duo: Jack Clisby and Connor Pain.

Mariners’ fans were pleased to see academy prospect, Josh Nisbet start in the first team joined by Antony Golec who made his first starting appearance since fracturing his tibia in March. Golec went on to play the full 90 minutes. 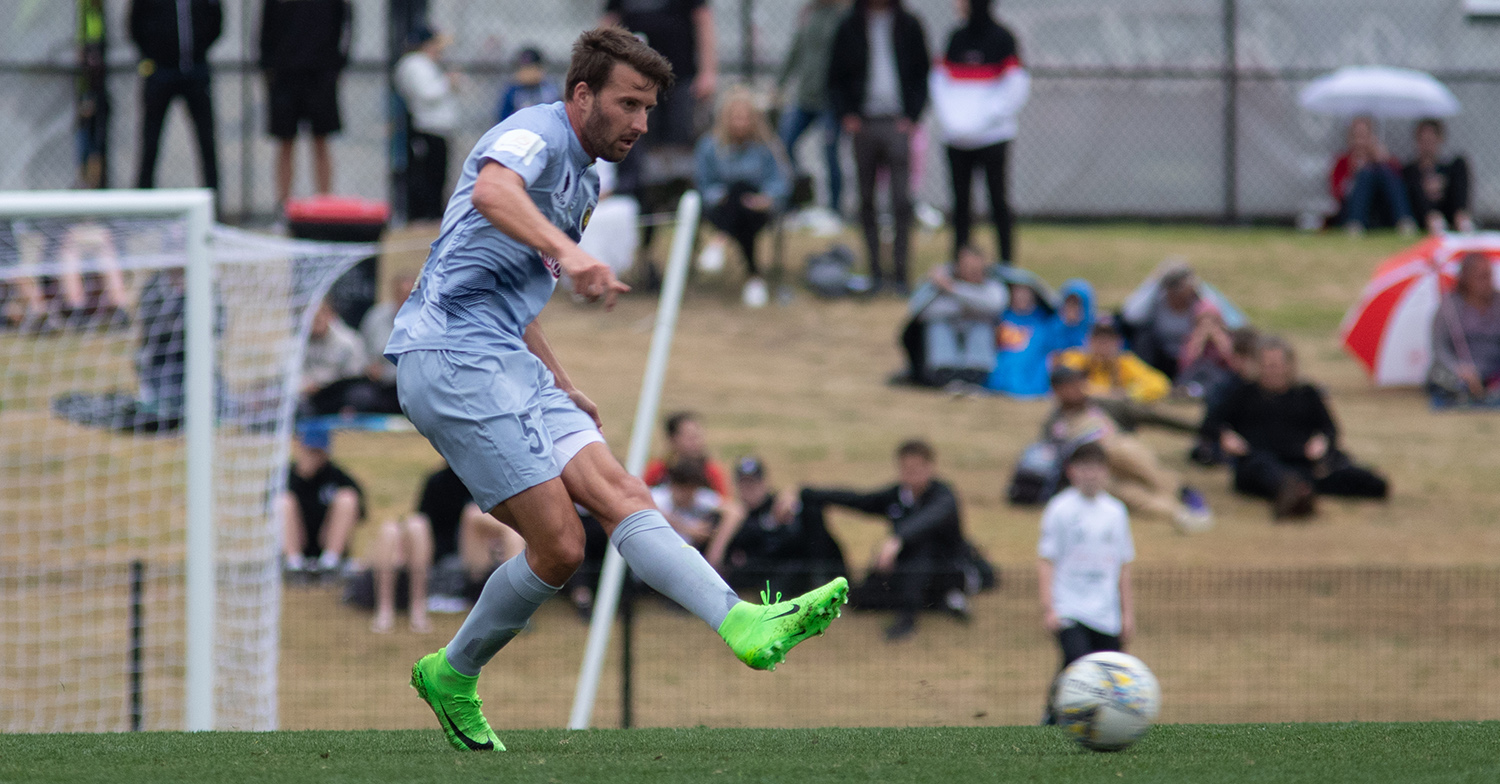 It started out as a cagey affair with both teams trying to find their feet in the opening 10 minutes. The Mariners looked dangerous from set pieces which ultimately saw Clisby convert his first goal for the club, scoring from a free kick that deceived the Jets’ keeper. The Mariners continued on the front foot creating a number of swift attacks led by Pain and Clisby on the left.

The Mariners’ defence held firm and worked hard after several dangerous attempts from the Jets. An attack from Newcastle forced an acrobatic double save from Ben Kennedy which kept the Mariners 1-0 up.

The game started to open up during the latter stages of the half with both teams having great opportunities where Jason Hoffman forced another great save from Kennedy. Although, the Mariners defence were eventually undone after a bullet cross flew through the box and found its way to an unmarked Hoffman.

Promising attacks from Matt Simon and Peter Kekeris were thwarted by the Jets’ keeper and the Mariners were unfortunate not to regain their lead before the break.

The second half started in similar fashion to the first as both teams tried to gauge the pace of the game. The Jets started to edge forward and converted through Roy O’Donovan who headed home a Daniel Georgievski cross.

It took until midway through the half for the Mariners to start applying more pressure and Pain scored a first-class strike from outside the area that drew the Mariners level.

The second half also introduced more young academy talent in Emmanuel Peters and Charles M’Mbombwa (William) who looked threatening from the start. Both teams created several attacks that threatened the goal but the pairing of Golec and McGing stayed solid and managed to keep the scores level.

Mariners’ second half substitutes Josh Macdonald and Emmanuel Peters lifted the Mariners’ tempo in attack but they just couldn’t find the back of the net. The latter stages of the half brought a flurry of promising attacks by the Mariners which included a volley off the crossbar by Peters but the score would remain 2-2.
GOALS:

11’ CLISBY (1-0): A wonderful whipped delivery fooled the Jets’ keeper which flew into the back of the net from distance. A perfect free-kick from Jack Clisby.

41’ HOFFMAN (1-1): A pin point cross from Ridenton found the feet of Hoffman at the back post who tapped home with ease.

61’ O’DONOVAN (2-1): A great cross from Georgievski hit the head of O’Donovan at the far post from close range.

65’ PAIN (2-2): A stunning strike by Connor Pain flew straight into the top corner. A trademark Pain bullet ultimately end the match in a 2-2 draw.

7️⃣ days into the football journey of @usainbolt let's take a look back at the week that was. ⚡️ #CCMFC #ALeague

“I’m happy with the chances we’re creating and the opportunities we were making,” Mulvey said. “We’re a work in progress and I’m happy where we are at right now.

“We had a number of young players in that team today, I’m happy with their application.

“I want competition for places and I want to go into the A-League thinking were a team that’s prepared.

“Antony Golec had a bad injury, he needs to gain confidence and I think tonight did him a world of good. I’m happy with what I saw today, I want us to be dangerous on the left, right through the middle and solid at the back,” Mulvey said.