O’Neill: Being at home is a ‘massive advantage’

Aiden O’Neill opened his Mariners goal scoring account in spectacular fashion against Perth Glory away from home, but the Burnley FC loanee says he can’t wait to play in front of his home fans at Central Coast Stadium this Saturday afternoon. Kick-off is 5:35pm.

After making three appearances in the English Premier League with Burnley, the Brisbane born midfielder spent time on loan with the likes of Oldham Athletic and Fleetwood Town. But here on the Central Coast is where O’Neill feels right at home.

The box-to-box midfielder has featured in all five of our Hyundai A-League matches this season and says playing in front of the home fans this Saturday will give them a competitive advantage over Sydney FC.

O’Neill also discussed the heartbreak of coming from behind twice against the table-topping Perth Glory before falling to a 95th minute Perth goal.

O’Neill’s maiden Mariners goal…
“I’m glad to get off the mark. Obviously if we got a point or three points it would have felt a lot better. But unfortunately, they scored in the last minute and it really put a dampener on the goal.

"We've always got belief. When our home fans get behind us this Saturday, it will be a massive advantage." @aidenoneill98 can't wait to play in front of Mariners fans this Saturday! ? #CCMvSYD #ALeague pic.twitter.com/H0IKwffdVh

Belief against Sydney FC & eradicating the mistakes …
“We’ve always got belief no matter what happens, that’s instilled in the whole team through the Gaffer and we’re just getting unlucky at times and we’re our own enemy at the moment, making silly mistakes which we’re trying to cut out and once we cut that out this season, hopefully we’ll have some success.

“Once we cut those mistakes out we play good football and we move the ball around well and create good chances. There’s plenty of positives we can take away from the game.

“Perth are top of the table but we went there and we gave them a game and we were unfortunate not to come away with at least a point.”

"Could it be 7? It is you know!" ? Were you there in November 2012 when we smashed seven past Sydney? They're coming to town this Saturday.

Settling in on the Central Coast…
“The gaffer wants us all to be together, we’re a team here and we also need the fans to get behind us – that will help us get our first win under our belt and kick on from there.

“I’m pretty easy going, I settle in really well and all the boys are a lovely group. Probably the easiest club I’ve settled in at.”

Getting back to Gosford this Saturday…
“I’m really excited, we just need the fans to get behind us and stay positive and we’ll give Sydney a good go.

“We’re going to keep working really hard and all we want to do is get the three points. That’s what the fans want and that’s what we want – so we will do everything we can to claim that win.

“It’s a massive advantage, when they get behind you it’s like having the 12th man and you feel that when you go away and the home team starts playing the ball around and the crowd starts to get louder you feel that as a team and you know that’s what we want when we play at home.” 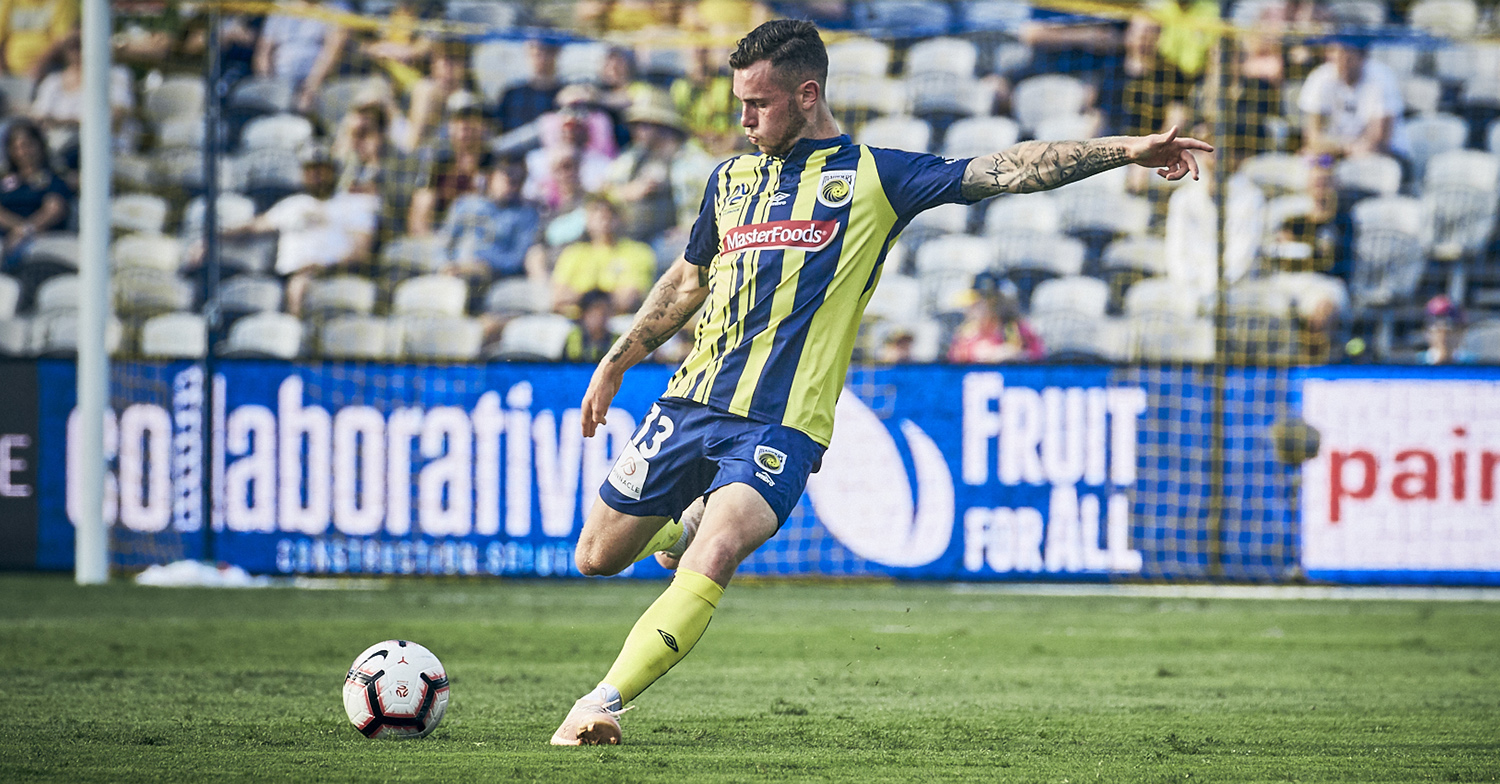 Conceding in the 95th minute…
“It’s really disappointing and it’s a long way to Perth, it takes a few days of getting used to the time zone and just to concede so late on in the game after coming from behind twice and playing good football as well. It is very disappointing and you’ve just got to get on with it, this is football and just look to the next game,” O’Neill said.