While this season has been a tough slog for cellar-dwellers Central Coast Mariners, the club has unearthed a goalkeeper capable of following in the footsteps of club legends Mat Ryan and Danny Vukovic.

Paul Izzo was thrust into the No.1 jersey for Tony Walmsley’s side following the departure of Liam Reddy.

And the former Red has done his best to protect a Mariners goal under siege for most of the season. 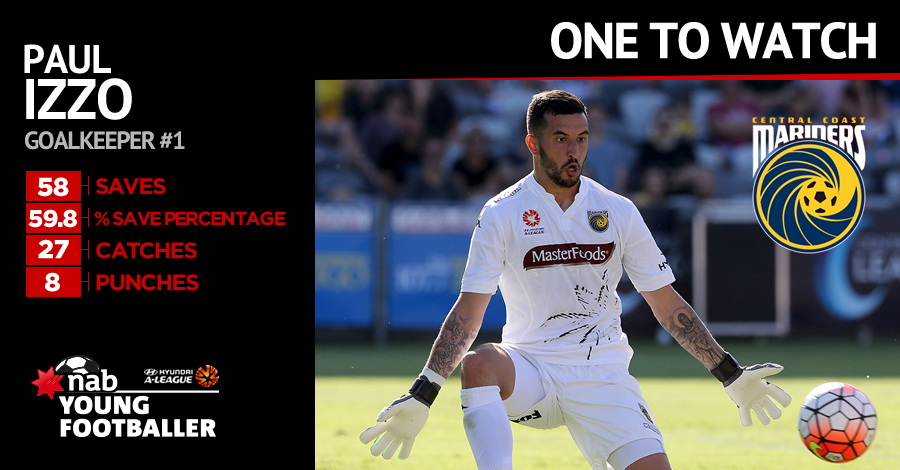 The 21-year-old has made numerous clutch saves with his sharp reflexes, making nearly 60 stops in total in his 17 appearances so far this season.

Izzo has shown maturity beyond his years in trying to marshal the Mariners’ youthful backline, which will only get stronger given more experience.

The Olyroo shot-stopper was forced to miss Australia’s Rio qualifying campaign through injury but has put the disappointment behind him with some strong performances of late.

Izzo still has a year to run on his Central Coast contract having joined the Mariners from Adelaide in the off-season and is very much a part of the rebuild taking place in Gosford.

A product of the AIS system Izzo looks set for a long career in the Hyundai A-League and is this week’s NAB one to watch.