Five Central Coast Mariners youngsters are currently in camp with Josep Gombau’s Olyroos and we were lucky enough to catch up with Trent Buhagiar & Liam Rose.

Five Central Coast Mariners youngsters are currently in camp with Josep Gombau’s Olyroos and we were lucky enough to catch up with Trent Buhagiar & Liam Rose.

This is the first Olyroos camp for Rose & Buhagiar having graduated from their time with the Young Socceroos under then coach, Paul Okon.

Rose, Buhagiar, Adam Berry, Paul Izzo & Scott Galloway are currently part of the 26-man Australian U23 squad for a three-day training camp, which was held on the Central Coast from January 30, finishing today. 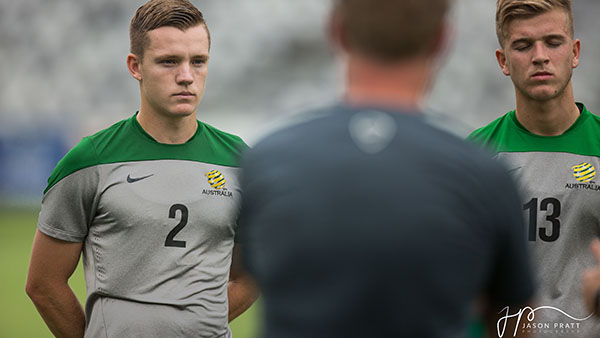 After the Olyroos first training session we spoke with Trent Buhagiar & Liam Rose who were honoured to take part in their first Olyroos camp.

“It’s a big privilege to be called into the Olyroos camp and a massive achievement for me to be selected,” Buhagiar said. “It was a shock to be honest, I’m still young – this is the under 23s and I’m only 18 so I didn’t think it would come this early but I’m glad it has.

“The players here are obviously much more experienced than the Young Socceroos camp so the calibre of players is very high. To have five players here from the Mariners, it shows the quality we have and the young talent coming up the ranks,” Buhagiar said.

The 18-year-old speedster credited Josep Gombau who spotted Buhagiar during his last Young Socceroos camp where they played a match against the Mariners and Buhagiar featured on the scoresheet in July. 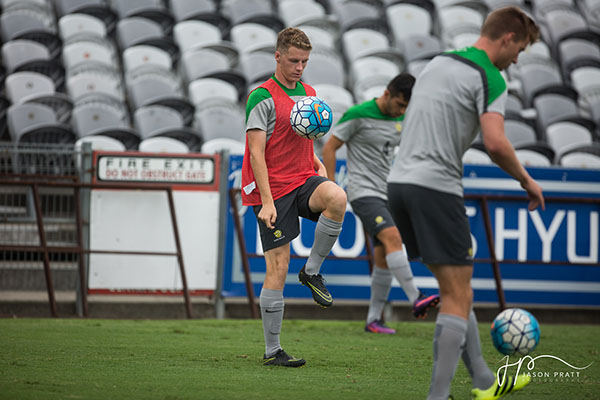 “Josep is a great coach who gets what he wants out of his players,” Buhagiar said. “Every Australian player wants to play in the Socceroos and this is the next step towards that,” Buhagiar said.

Rose, who captained the Young Socceroos in their last tournament said that making the next step to the Olyroos was a great reward for his hard work.

“Being selected for the Olyrros is a massive privilege,” Rose said. “It’s an honour to be called up and be a part of a training camp for your country.

“I feel like as I’ve started playing more games this season I’ve gotten more comfortable and confident. I’ve changed positions as well – I started as a midfielder and now I’m playing more as a centre back. It doesn’t matter what position you play, as long as you’re playing well and keeping fit they are going to look at you. I feel like like I’ve been doing well so I’m very honoured to be here,” Rose said.

Rose is one of five Mariners in camp and the 19-year-old said that it certainly helps you settle into the camp. 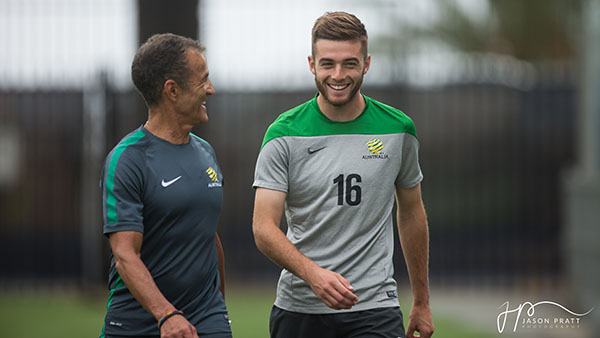 “It’s good to have some familiar faces around,” Rose said. “To be fair I know quite a few of the boys here anyways but it’s good for the Mariners, it’s good for the Coast in general to get five players selected and a great indication as to how the young boys are going at the club.

“Everyone strives to play for their country, it doesn’t matter what level it is – you obviously want to get to the Socceroos one day and each age is a stepping stone so we will look to do our best here and keep getting chosen,” Rose said. 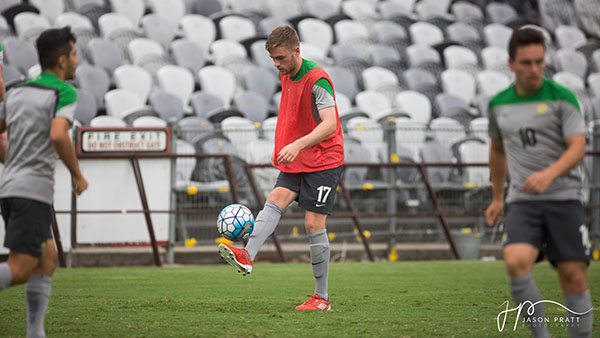