Okon: Ange is my mentor

Speaking at his unveiling on Monday, Okon was excited about the future in Gosford and confident the club can return to their glory days.

And the 44-year-old says the influence of the current Caltex Socceroos boss is part of the reason he feels he’s ready to step into his first head coaching role in the Hyundai A-League.

Postecoglou is a fan of Okon’s coaching ability and gave his backing to the Mariners to appoint the former Lazio, Fiorentina, Middlesbrough and Leeds midfielder.

“Ange has been a mentor not only for myself but also for a number of other young Australian coaches. To hear that [praise] come from him is fantastic,” Okon told reporters on Monday.

“I think he revolutionised the game a number of years ago when he took over the Brisbane Roar and hopefully at some stage I can have the same pathway as Ange and be as successful.

“I think we both have the same thought process on the way we want to play football, so I’m delighted to have Ange as a mentor.” 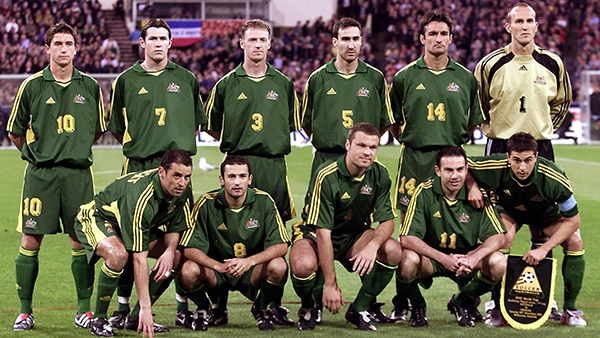 As part of his previous roles as coach of the Young Socceroos and as an assistant to the Olyroos, Okon says he has learned a lot from Postecoglou as part of the national set up.

“Part of the last four-and-a-half years in the national teams we followed what the Socceroos were doing on and off the field. Their preparation, training methods and playing style.

“If I’m honest I do feel they have the same playing style and now it’s up to me to implement that here at the Mariners and I’m confident I can achieve that.”

Okon steps into the Mariners hot seat with just over a month until the Hyundai A-League 2016/17 season gets underway.

While admitting it’s not an ideal situation, he dismissed suggestions the Mariners would start behind some of the other clubs.

“Where I’m coming from working in national teams, I’d see the players for three days and then I wouldn’t see them for another three months,” Okon said.

“Five weeks, any coach will say it’s not enough but I’m confident in that five week period I can get across what I want to see on the field.”

And he hopes that will translate to exciting, entertaining and – most  importantly – winning football for the Central Coast members, fans and community to enjoy.

“We really want to give our members a reason to come and watch us play. We want to play an exciting, dynamic brand of football which I believe will give us the best opportunity to get results,” Okon said.

“Football is a business, it’s entertainment so no doubt we want to win football games but certainly I want that when people turn up to watch the Mariners play, our members know what they are going to get.”

Okon will take charge of his first training session with the Mariners on Tuesday.