In another big Sunday at Pluim Park, all eyes were on the women as a late Iona Snape goal sealed the victory for Dan Barret’s girls, while the men were not able to capitalise on a poor North Shore Mariners attack, falling 1-0.

It was an important fixture for our academy girls on Sunday, with an inform Gladesville Ravens side coming to visit.

It was a tight opening to the game with both sides creating chances, but it wasn’t until the 20th minute where Danielle Wise netted her sixteenth of the season and gave the girls the lead. The women’s academy was tough in defence and were able to keep the 1-0 lead into the half time break. 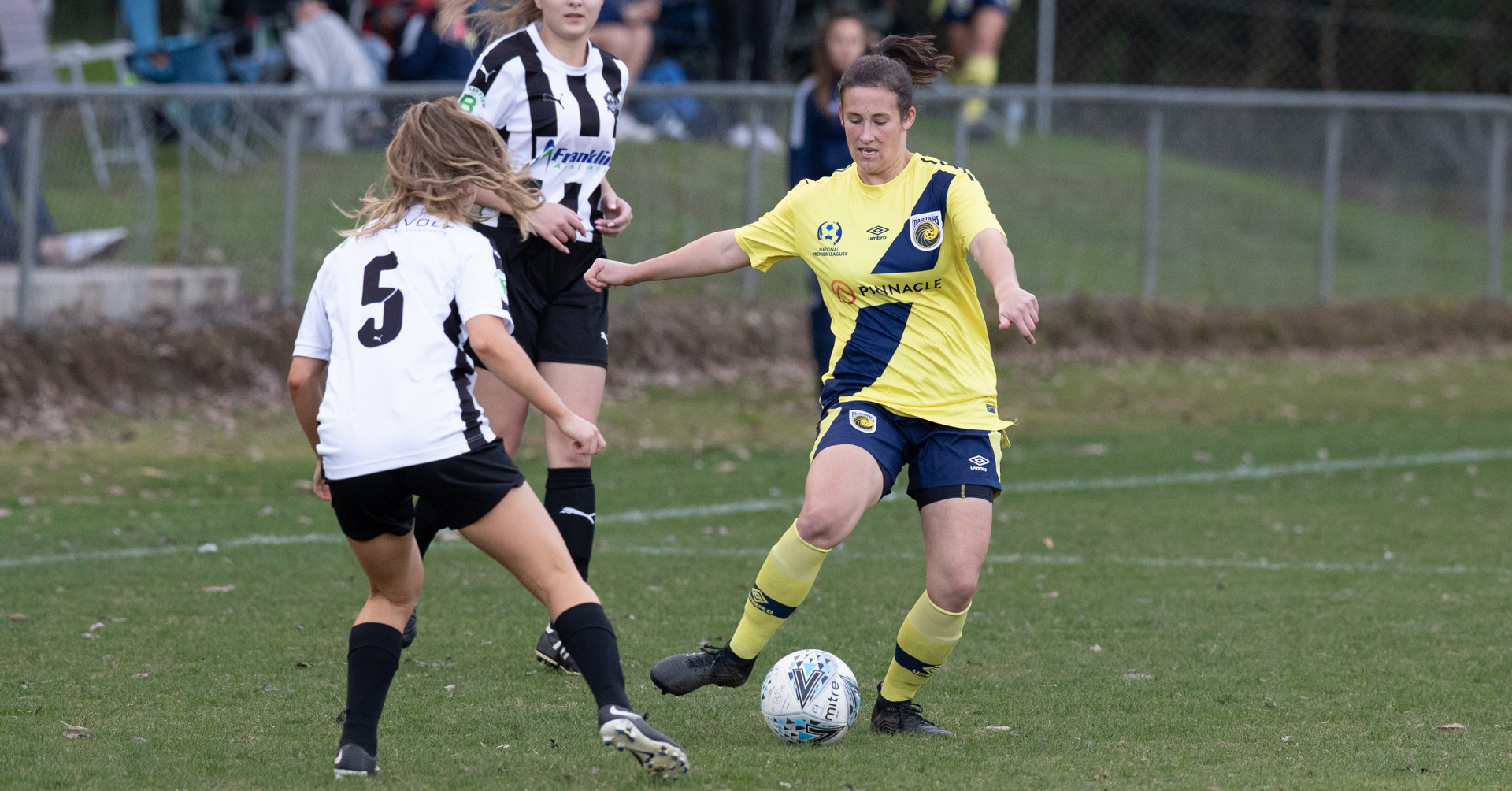 The second half started in favour of the academy girls with Mikala Tucker giving some breathing space between both sides in the 50th minute as she made it 2-0. It didn’t take long for the Ravens to snatch one back through Annalise Schiraldi and Gladesville were able to take advantage of the momentum, equalising in the 75th minute after a Kasia Wojtowics goal. It was a tight affair until Iona Snape managed to grab a late winner in the 85th minute, sealing the points for the women’s academy.

The important victory keeps Dan Barrett’s side in fifth spot with a game in hand on most of the teams above them. The girls are on the road next week to take on top of the table Sutherland Shire next Sunday.

The men’s academy has fallen to top of the ladder North Shore in the NPL 2 Mariners derby.

It was a tight first half between both teams as the sides traded opportunities between each other. With North Shore possessing a dangerous attack, the defence of Lewis Miller and Alec Vinci held firm with Aidan Munford making key saves. Both sides were able to keep the scores level at 0-0 at the break.

North Shore Mariners were able to grab an early lead in the second half as Ricky Woodward gave the away side the lead in the 50th minute. The home side fought hard but were unable to grab the equaliser as the North Shore ran out 1-0 victors.

The defeat leaves the academy boys in ninth spot but still within touching distance of the top six with a home game against Canterbury Bankstown next week.