In a huge round of football for the Yellow & Navy, all teams on the Central Coast wearing the Mariners badge contributed to a successful weekend which saw just one loss across the Academy Youth Boys; Senior Men & Women’s teams adding to the success of our Hyundai A-League win over the Western Sydney Wanderers.

In what was a festival of football at Pluim Park on Sunday, hot prospect Dylan Ruiz-Diaz stole the show, scoring a hat-trick to help secure a 4-0 win for the academy men. Ruiz-Diaz’s hat-trick came less than 24 hours after making his Hyundai A-League debut.

The only Mariners’ loss over the weekend was a heart-breaking, late goal in the women’s first grade affair who lost narrowly to Sutherland.

Returning to Pluim after several games on the road, the Mariners academy men secured a dominant win over Macarthur Rams.

After a couple of chances fell to the Mariners, Ruiz-Diaz continued his hot form scoring a stunning free-kick, giving his side a 1-0 lead at the break.

The academy men came out with attacking intent for the second half and Ruiz-Diaz smashed the post after a dazzling run through the Rams’ defence. Macarthur almost caught the men napping at the back, but Aidan Munford managed to pull off a great save to keep them scoreless.

Jordan Smylie won a penalty for the men which Peter Kekeris confidently converted, getting his third of the season. The attacking opportunities started to become more prevalent for the home team, and they were able to add a third after a Katsoulis shot was parried by the keeper which was tapped in by Ruiz-Diaz.

Just before stoppage time, Lewis Miller was shown a second yellow as he bought down a Macarthur attacker. Despite being down to 10 men, Ruiz-Diaz capped off a great weekend by getting his third after great work by Smylie in the box to set him up.

Ruiz-Diaz now has seven goals in his last five games in NPL 2 and this win will give the men confidence as they go back on the road to take on Hills United FC. 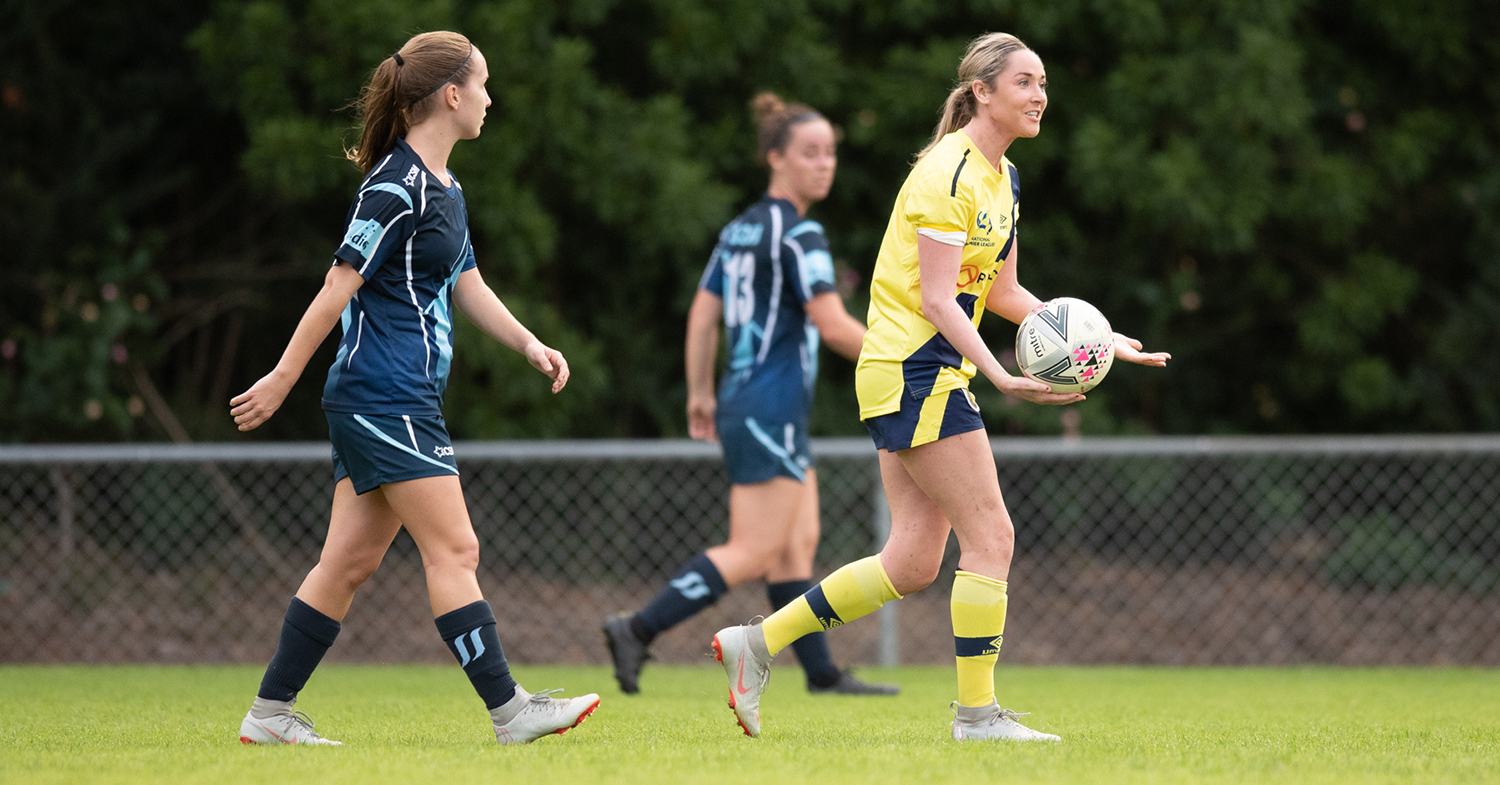 A tough game for the depleted side, our girls did very well to keep the second highest scoring team in the league scoreless at the break.

The second half continued to be a tight affair, however the away side proved to be too strong, scoring the winner in the 75th minute. The women tried desperately to equalise, but the Sutherland defence was too strong.

The women will be wanting to get back to winning ways as they host Southern Branch FC next Sunday.