The Central Coast Mariners Academy women’s team secured a gutsy come from behind 3-2 win against APIA Leichhardt Tigers on Saturday evening which saw them take one step closer to the Grand Final whilst our men were forced to settle for a drama-filled-draw against St George.

It was an overly successful day of finals football all round for our girls at the weekend with four of the teams recording wins, now needing just one more victory to qualify for Grand Finals.

Unfortunately for Dan Barrett’s first grade team, the win could have come at a cost with in form Golden Boot winner Candice Phelan sustaining a serious ankle injury. Phelan will undergo scans today to reveal the full extent of her injury.

The Mariners women have four of their five teams just one win away from a Grand Final after just the Reserve Grade side made an exit after their narrow 1-0 loss.

With the Mariners in full control from the first whistle the game took an awful turn when Candice Phelan was chopped down by the APIA keeper – delaying play whilst an ambulance was called.

After Phelan departed, the motivation and intent from the Mariners was clear and made known thanks to an immediate goal by Jade McAtamney to make it 1-0.

The physical nature of the first half continued after the break and Leichhardt hit back with two quick goals just after the hour mark to take a 2-1 lead.

However, the two goals were never going to be enough to deter the fast-firing Mariners who stuck to their game plan and levelled proceedings in the 76th minute through Liz Shorter. 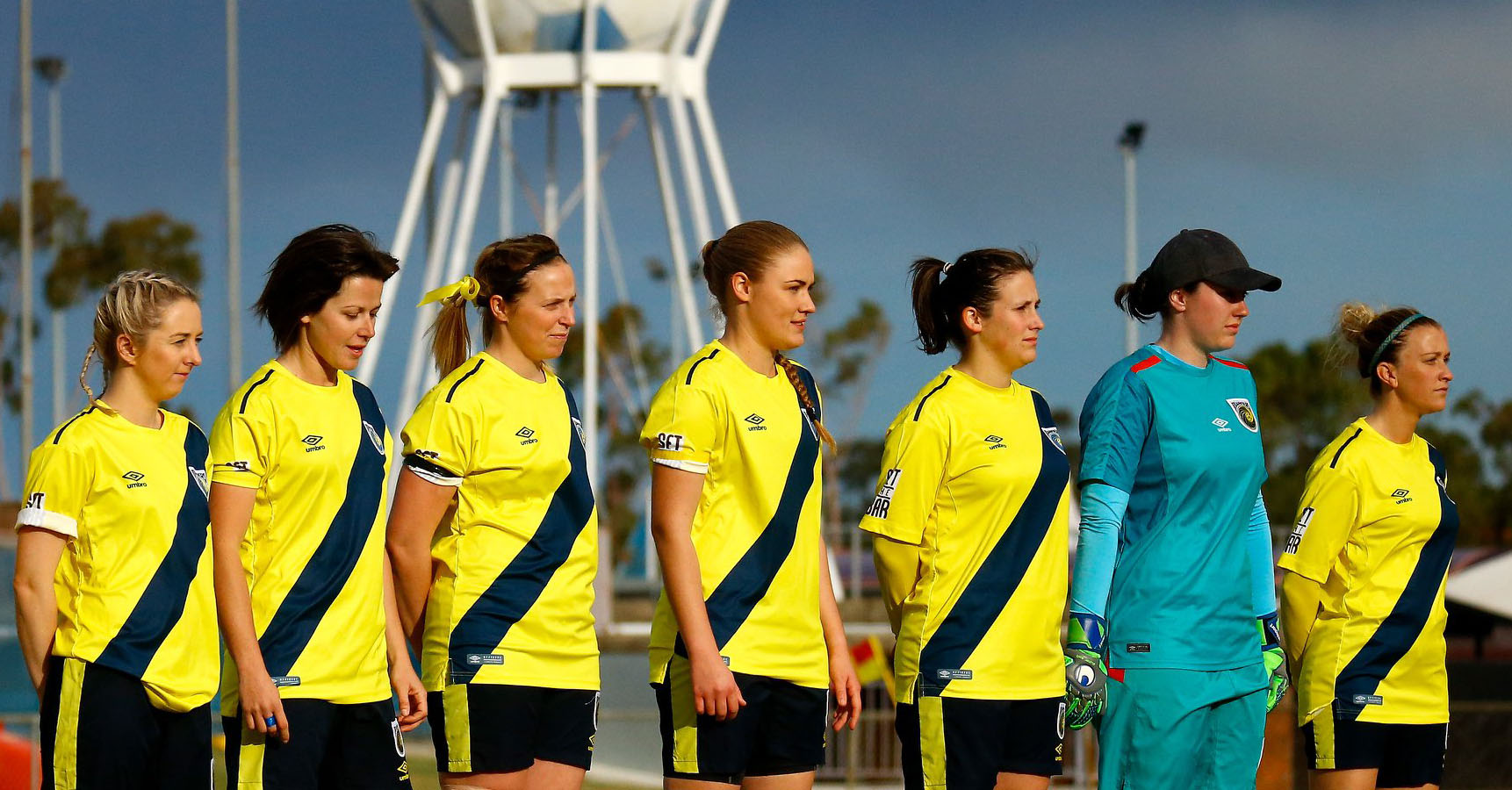 With the game, down to the wire locked at 2-2, it would take a big game player to step up to the big occasion. Then in the 89th minute the skipper, Gabby Blanch fired home an incredible goal to deliver her side a brave 3-2 win. A pinpoint diagonal cross from Kirby Litterick hit Blanch who still had plenty to do. Blanch then controlled the cross, beat a defender and fired home to seal her side a spot in the next week of finals football.

The Mariners women will face SD Raiders who lost to Sydney Olympic. The winner of Mariners vs. Raiders will secure a place in the Grand Final. 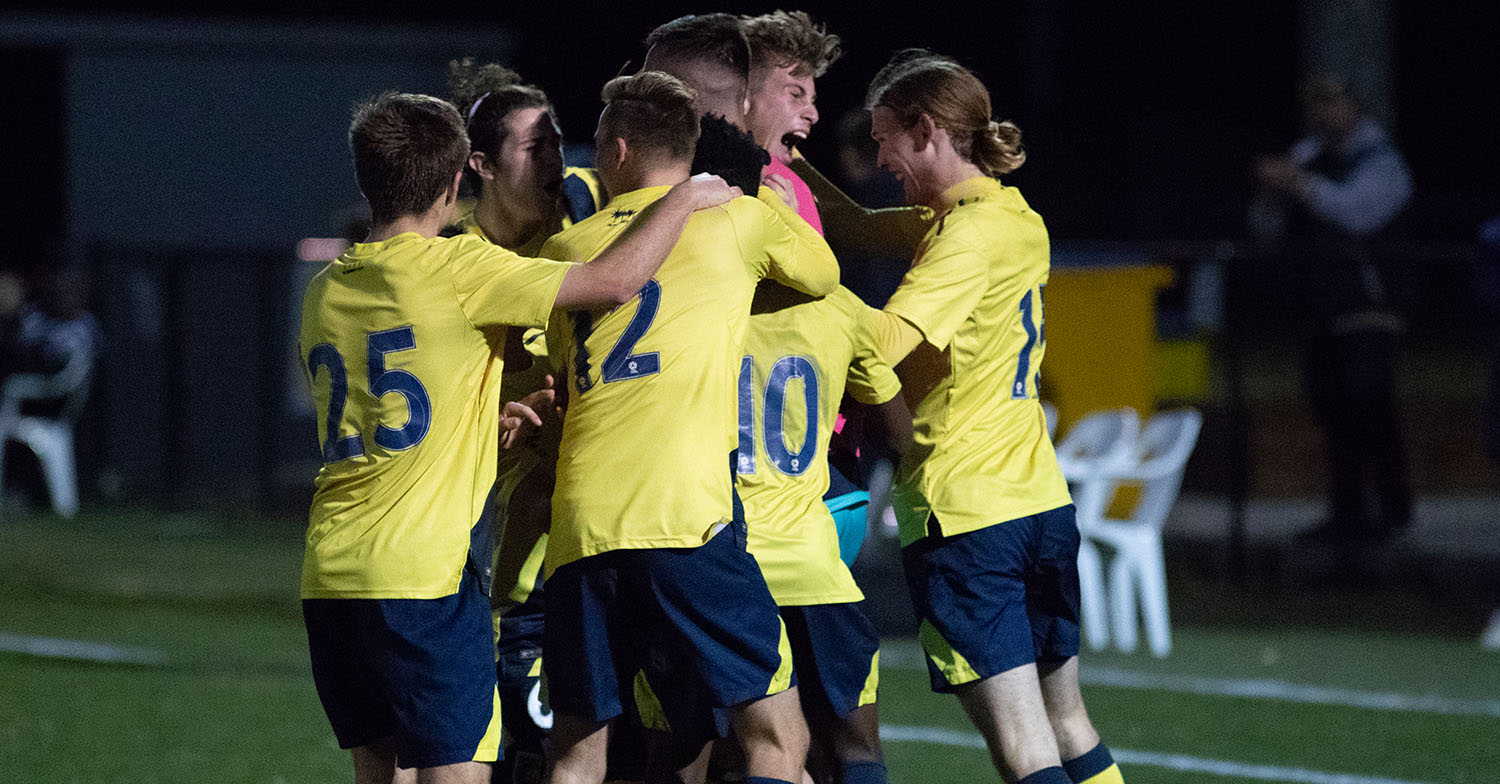 The Central Coast Mariners Academy men were forced to settle with a 2-2 draw against St George after a conceding a heart-breaking goal deep into stoppage time, coming after a stoppage time goal of their own.

Charles William & Michael Katsoulis combined to open the scoring in the first half and give the Mariners an early lead over St George at Pluim Park. William’s shot initial shot was blocked, the second effort from Katsoulis was cleared off the line but it ricocheted off a defender and into the back of the net.

With a 1-0 lead at half time and the Mariners Academy in control, St George made it 1-1 with less than 10 minutes to go.

Set up for a grandstand finish, Pluim Park erupted when Jordan Smylie fired home in stoppage time to take a late 2-1 lead. Katsoulis was again involved with the cross that found Smylie at the back post who smartly finished.

Although the game had some more drama in store when St George made it 2-2 from almost the restart of play and the last kick of the game.

The Central Coast Mariners Academy play Hills Brumbies in the final round of the competition next week away from home.