The 2016 edition of Central Coast Mariners ‘Club Nights’ kick-off this week and will be proudly powered by Telstra who have pledged their support behind our iconic grassroots football initiative. Thanks, Telstra!

‘Club Nights’ have been a feature of the Central Coast Mariners since day one that sees the full squad visit every local club on the Coast over a two-year cycle. During our visit the Mariners players will run a range of coaching sessions and hand out a variety of Mariners merchandise. 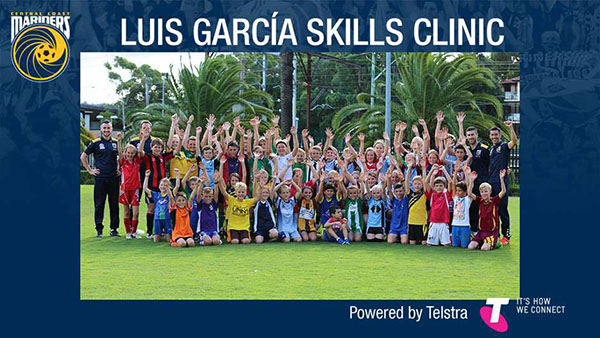 For the first time in it’s history, ‘Club Nights’ will be powered by Telstra with the telecommunications company committing to providing all participating local clubs with equipment such as bibs, balls and cones.

Telstra will provide each local club with a $1200 equipment grant that is a major boost for local football and the kids involved.

Central Coast Mariners CEO Shaun Mielekamp thanked Telstra for their support and noted that during his time in sport he has not seen a grassroots initiative like this.

“Our Club Nights initiative is one that the Mariners are really proud of and with the support of Telstra we are now able to take it to that next level,” Mielekamp said.

“It is absolutely fantastic that the kids on the Coast get to meet their idols from the Mariners, but also participate in a one hour training session with the entire squad.

“The Mariners have always prided themselves upon setting the bar high with community engagement and to have a corporate partner like Telstra partner up on what is one of our most important community projects is great news and we can’t thank them enough,” Mielekamp said.

Telstra have been a corporate partner of the Central Coast Mariners for three seasons and have stores located at Erina, Tuggerah, Bateau Bay, Woy Woy and Lakehaven. 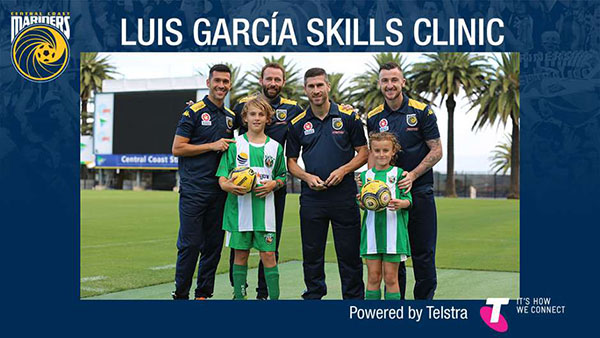