NEWS: Mickey Neill back IN action

After a succession of injuries, Central Coast Mariners left-back Mickey Neill is tearing up the training track as he looks towards the upcoming Westfield FFA Cup and Hyundai A-League campaigns to cement his spot in Tony Walmsley’s side.

Over the last two Hyundai A-League seasons, Neill has been frustrated by injury, which has restricted the promising defender to only eight appearances for the Central Coast Mariners.

However, Neill’s time on the sideline has only added to his determination to get back to football.

The 21-year-old has trained the house down this pre-season, placing among the top three in most of the club’s testing.

‘Mickey’ says he couldn’t be happier to be back on the park as he looks to put the frustrations of the past behind him.

“I got off to a good start last year and it was unfortunate to cop an injury early in the season, which resulted in an operation,” Neill said.

“I’m just happy to be back out here again and working hard and looking forward to this season really,” he said. 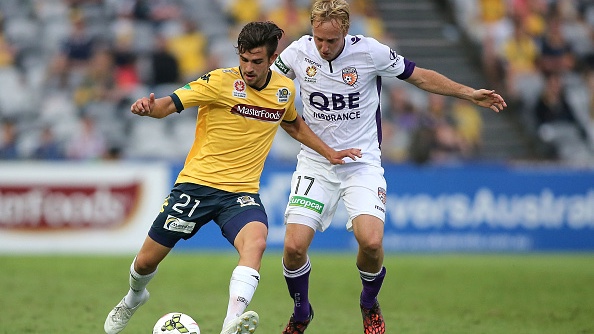 Neill broke through for his Hyundai A-League debut in 2014/15 against Perth Glory, and from then on solidified a spot in the Mariners’ first XI with strong performances in defence.

However in December’s return encounter against the Glory away in Perth, Neill collided awkwardly with goalkeeper Liam Reddy after a first half cross, which resulted in a broken toe and a seven month rehab process for the 21-year-old.

Now on the other side of that, Neill says he is looking to repay the coaching staff and playing group, who supported him throughout his rehab process.

“The Mariners are always known for their great culture and it’s like a family with all the boys out here.

“We’re all encouraging each other and the support system here, it’s great.

“We’re all looking for a massive season this year, we want to prove to the fans and everyone on the coast that the Mariners are back to their winning ways.”