NEWS: MASTERFOODS are IN!

The Mariners are thrilled to announce that Central Coast based major partner Mars Food Australia have reaffirmed their saucy relationship with the Club, extending their major partnership via the MASTERFOODS brand for the Hyundai A-League 2016/17 season.

Mariners and football fans alike can be assured that the iconic MASTERFOODS sauce bottles will continue as a mainstay in front of Central Coast Stadium’s palm trees.

Mars Food Australia are an internationally recognised, locally based company that directly employ over 300 people on The Central Coast with the company’s leading edge factory and head office based just kilometres from The Central Coast Mariners Centre of Excellence in Tuggerah, NSW.

The Mariners have been proud to call MASTERFOODS a major partner since the inception of the Hyundai A-League and have been renowned for innovative activations that have grown to be one of the most effective and recognisable brands in the competition. 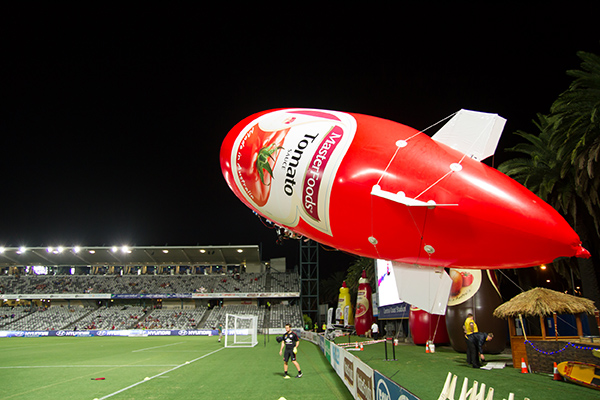 MASTERFOODS have occupied the Mariners’ front of shirt since the club’s Hyundai A-League Championship winning season. Central Coast Mariners CEO, Shaun Mielekamp thanked MASTERFOODS for their ongoing support and outlined how crucial the Club’s partnership is with the Coast based manufacturing company.

“The Central Coast Mariners cannot thank MASTERFOODS enough for their support – they have been our longest serving and most significant corporate partner since day one,” Mielekamp said.

“The MASTERFOODS brand has become synonymous with the Central Coast Mariners and this is something that we are very proud of. MASTERFOODS are a shining example of a business who are truly out to make a difference, so it’s fantastic to have them located here on the Coast and a committed supporter of the Yellow & Navy,” Mielekamp said.

“At Mars Food we believe in building strong communities and the benefit that comes from bringing people together to share great food and experiences. Through our partnership with Central Coast Mariners we bring the largest regular gathering of our community on the Coast to life,” Poll said.

“We are proud to be part of the beautiful Central Coast, and of our long standing relationship with The Central Coast Mariners and look forward to a great 2016/17 season,” he said.

In addition to their range of MASTERFOODS products, Mars Food Australia today offers products to the Australian public in categories as diverse as mustards, marinades, relishes, sauces, herbs and spices, pasta and stir-fry sauces, and rice, through its DOLMIO, KANTONG, and UNCLE BEN’S brands.

MASTERFOODS have recently launched the #MakeDinnertimeMatter campaign, which encourages Australians to dedicate more time to enjoying a home cooked meal with their friends and family. Strengthening connections between people over great food has proven physical and social benefits for our community and our country. CLICK HERE to view the viral video