The Central Coast Mariners are set to host a Hyundai A-League 2016/17 fixture against Wellington Phoenix at Canberra’s GIO Stadium thanks to the support of ACT Government.

The Mariners have a longstanding relationship with Canberra that saw the Yellow & Navy host two Hyundai A-League home matches in 2009 where they boast an undefeated record against Perth Glory & Adelaide United.

During the 2015/16 pre-season the Central Coast Mariners also spent a week in Canberra where they played against Canberra Olympic & Gungahlin United alongside a range of community activations and skills clinics with grass roots players. 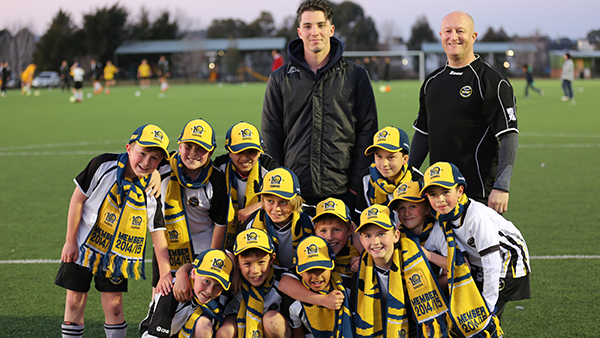 Mielekamp is excited to re-affirm the Club’s relationship with Canberra in bringing the Hyundai A-League to the ACT.

“The Central Coast Mariners are very proud to be partnering with the ACT Government and Capital Football to host a match in Canberra,” Mielekamp said. “We see this is a first step towards forming a long term strategic partnership with the region.

“It is great to return to Canberra with a full flight Hyundai A-League match and we are committed to doing as much as we can in the lead up to help community football grow and our partnership with Capital Football will help us achieve this.

“Once again we are in the process of planning a pre-season campaign as part of the build up which will allow us to work with grassroots clubs and help football grow in the ACT.

“I am confident that this will not be a one-off occasion and we have every intention to make this match such a great success, confirming the fixture for many seasons to come.

“I would like to take this opportunity to thank the Chief Minister Andrew Barr and his team who have been brilliant to work with and also would like to recognise Capital Football and Chairman Mark O’Neill for bringing this altogether.

“This is an exciting opportunity for football fans in Canberra who have demonstrated a real appetite for football in recent years,” Barr said.

“I’m delighted that the Central Coast Mariners have partnered with the ACT Government to bring this clash to Canberra, and I hope to see more A-League games in Canberra over the coming years.” Barr said. 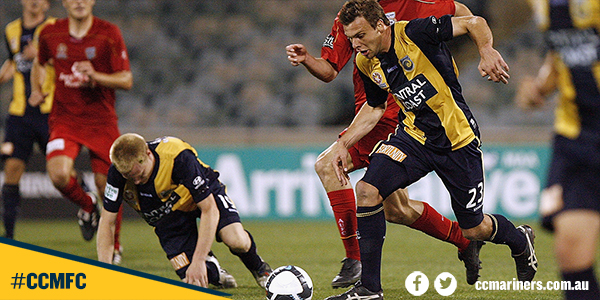 Central Coast Mariners vs. Adelaide United at Canberra Stadium in 2009

Capital Football Chairman Mark O’Neill said hosting a Hyundai A-League match in Canberra would have a range of benefits for football in Canberra.

“Strong support for the match and a great attendance by football fans across Canberra and the region will demonstrate how we can support the A-League,” Mr O’Neill said.

“This match presents a significant opportunity for Capital Football to develop relationships and continue to grow our future prospects of bringing the A-League to Canberra on a regular basis.”