With tickets to Hyundai A-League round one ON SALE NOW The Central Coast Mariners launched an innovative range of ticket prices in a new strategy that appeals to families IN the Central Coast.

The Central Coast Mariners are proud to announce that tickets to home matches will start from $15 for adults and $35 for family tickets. The range of new ticketing initiatives include the introduction of:

The “Yellow” General Admission Category is a new initiative that allows supporters to purchase tickets seated behind the goals at the northern end of the ground for a very affordable price. This new initiative is not only geared towards growing the passionate Yellow Army Active support but will also allow new supporters and families the chance to be a part of the action at Central Coast Stadium for the best possible price. 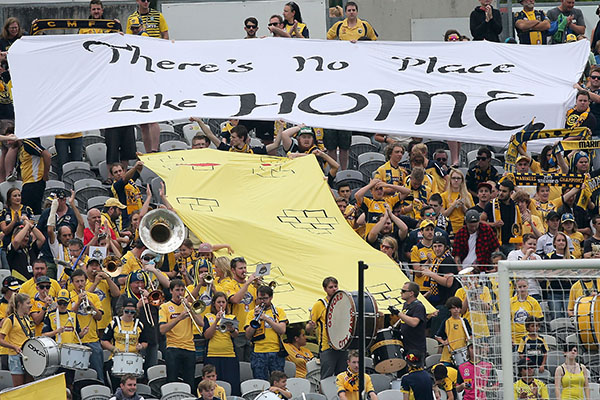 “Super Six” pricing for rounds 1, 5, 9, 11, 19 and 22 will see some unbelievable savings with tickets starting from as little as $15 for adults and $35 for families. These six matches include the blockbuster season opener against Perth Glory on October 10 as well as the round 5 “Pink Day” that will see elite women’s football return to the coast as the Westfield W-League Champions, Canberra United take on Melbourne City’s W-Leauge outfit as a curtain raiser.

The 10% Mariners Member discount is yet another member benefit that adds to the growing list of Member inclusions. Mariners Members have the ability to purchase additional tickets for their friends and family at the discounted rate that will help our valued members expose new faces to the action at Central Coast Stadium.

“Sunday Fundays” will also give members another reason to bring their friends and families along to Hyundai A-league matches where after EVERY Sunday match at Central Coast Stadium all Mariners supporters will be granted access to the hallowed turf of Central Coast Stadium. After the full time whistle, a second siren will sound that will be the signal to come onto the field for a kick!

Mielekamp said “these new initiatives are a key part of our goal to become the most innovative, entertaining and community minded sports brand in Australia. The members have given us great feedback on what we can do to improve our match day experience and one of the key finding was how important it was to have a family friendly match day experience which didn’t break the bank financially” Mielekamp continued “We are confident following on from the great crowd we saw turn up to the FFA Cup match that these new initiatives will attract a great turnout and we highly recommend that all supporters avoid the late queues and line up at the gates by pre-purchasing online or by becoming a member”.