Anas Edathodika and Souvik Chakrabarti who arrived at the Centre of Excellence on Monday have been training full time with the Central Coast Mariners before returning to Delhi next Tuesday in preparation for the upcoming Hero Indian Super League.

The right back and centre back are the first of potentially more Indian players to be exposed to a Hyundai A-League environment thanks to the relationship between Mariners’ owner Mike Charlesworth and the Delhi Dynamos.

Dynamos FC is located in the North of India and in its short history has boasted household names in their playing ranks such as Alessandro del Piero, Roberto Carlos, Florent Malouda and John Arne Riise to name a few.

Charlesworth believes that building on relationships between Australian and Indian club’s have a range of benefits including player development and brand exposure across both regions.

“The association between our two clubs is in an embryonic stage but I’m very confident that both the Central Coast Mariners and Delhi Dynamos can establish a long term relationship,” Charlesworth said.

“The ISL is one of the largest attended leagues globally and is expected to grow significantly in the coming years so of course we want to get closer to the best players and create an opportunity for both clubs.

“I strongly believe that once an Indian player breaks through at the highest level, the game in this region will explode,” Charlesworth said. 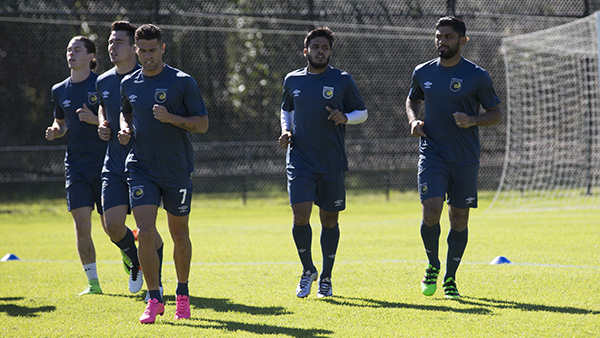 Delhi Dynamos’ president Prashant Agarwal believes that the partnership is the beginning of a new chapter in Indian football.

“We wanted to build a definitive relationship between the two countries through football and our partnership with the Mariners is a step towards that,” he said.

“Our ISL clubs are on the verge of playing in the AFC Champions league and it was only fitting for these players to go and train there and learn a lot more about the game.

“Any kind of an exposure is a great thing for players and I am very hopeful of them getting through the trial.

“They have been our key players during the last season and if they can replicate that same form on the pitch in Australia, I am sure they will make through the trial,” Prashant added.

“It is a great opportunity for these young players, Zambrotta said. “To go and play in different leagues, and learning different football cultures helps in the development of a player.

“I am sure it has been a unique experience for them, to go there and train with the club. They must be gaining a lot more insight into the game.

“These players are very talented and I am hopeful that they have been able to impress everyone in the club,” Zambrotta said.