It’s the day we’ve all been waiting for; Football Federation Australia has today announced the Hyundai A-League 2016/17 draw!

New Year’s Eve is back, the F3 Derbies in Newcastle are included in Mariners’ full season Memberships, we’re returning to Canberra and the December/January period is packed with football action in Gosford!

Our 12th Hyundai A-League campaign kicks off in Western Australia against Perth Glory on Saturday October 8 and fans will have to eagerly wait until round 3 for our first home game to be played on Saturday October 22 against Brisbane Roar at Central Coast Stadium.

Just this morning, the Central Coast Mariners announced that there will be two Hyundai A-League matches played in Canberra and the first of those will be a Remembrance Round clash in the nation’s Capital against Wellington Phoenix on November 12.

One of the most popular fixtures on the Central Coast Mariners’ calendar is our New Year’s Eve match. We are excited to host Melbourne City on the last night of 2016 and look forward to bringing in the New Year with a win in front of a packed Central Coast Stadium.

Either side of New Year’s Eve there are a host of exciting fixtures across December and January that have the mouths of football fans watering for festive season football action. On December 18 we host Brisbane Roar, New Year’s Eve is Melbourne City, January 8 is our derby against Sydney FC and the Australia Day Long weekend we have Perth Glory in town – all at Central Coast Stadium. 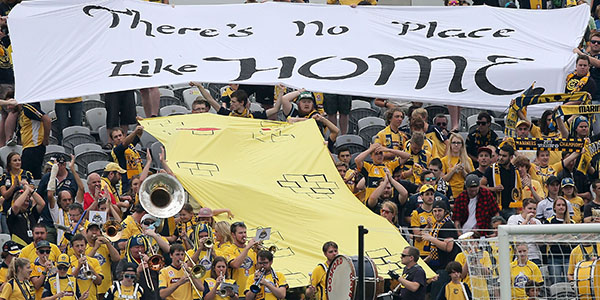 “Once again, we are glad that the FFA have locked in our New Year’s Eve fixture as a mainstay for Central Coast Stadium and we are excited to host Melbourne City,” Mielekamp said. “Not only do we have New Year’s Eve to look forward to, but there are a range of fixtures during the festive season through to the Australia Day long weekend that is great for the local region and fantastic for our matchday experience.

“This season presents a huge opportunity for us to show our true character to the Members, fans and football community. It isn’t in us to give up, it isn’t in us to go home and close our eyes hoping things will get better and that is why this Hyundai A-League season is one of the most important in the Club’s history.

“What is in us, is to always be passionate about our community and never forget who we represent, what is in us is the Central Coast and in representing the Central Coast we encourage our fans to travel in numbers to the host of derbies in Newcastle, Sydney and Western Sydney this season,” Mielekamp said. 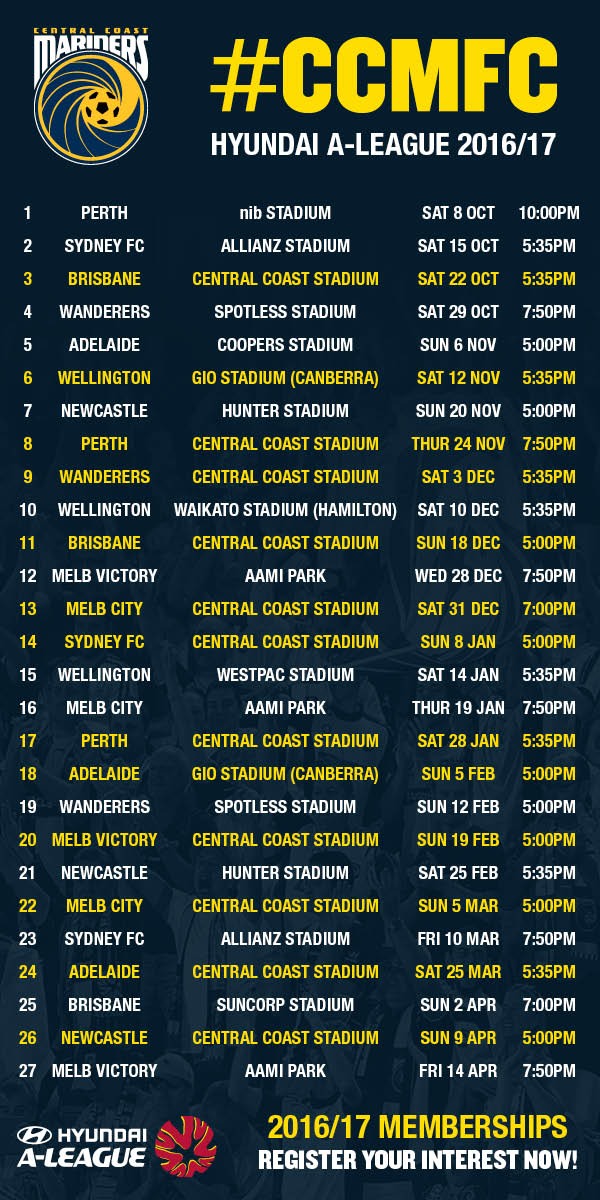