Good luck to the Central Coast Mariners Powerchair team who will today face off against Brisbane Roar in the GRAND FINAL of the inaugural Hyundai A-League Powerchair Football competition at the State Sports Centre in Homebush. K.O. is 12:45pm.

The Mariners will grace the arena made famous during the Sydney Olympics after eliminating the Western Sydney Wanderers and Newcastle Jets on goal difference during the group stage.

Powerchair Football is one of the fastest growing sports for power wheelchair users. The sport was originally developed in France in the early 70’s and was introduced to the United States in the early 80’s. 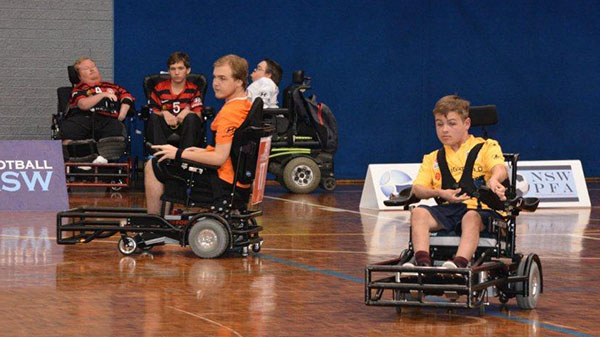 The tournament forms part of the National Futsal Championships ran by Football NSW and has been contested by Brisbane Roar, Newcastle Jets, Melbourne City, Sydney FC & the Western Sydney Wanderers.

On their way to the final, the mighty Mariners defeated City 6-0, Sydney FC 7-2 and drew with Western Sydney and Jets to qualify.

In their group match, the Roar had the wood 1-0 over our Yellow and Navy that will make for a tightly contested Grand Final.

The Mariners team boasts an international marquee in New Zealand Captain Luke Alderton and domestic marquee in their captain Santo Bongiovanni who will today look to add to the Club’s silverware cabinet.

The guys would love to see a Yellow & Navy contingent in full support of our Powerchair team. Goodluck, lads! 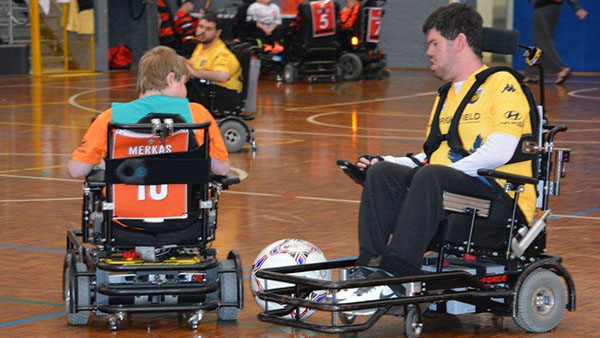