Monty kicking Goaaals off the pitch!

Nick Montgomery has a solution to stop your ball from flying into the neighbour’s yard. Our skipper is also a budding entrepreneur and we caught up with Monty about his exciting new business venture.

Nick Montgomery understands it. He knows the pain of kicking a ball over the fence; when the next-door neighbour’s dog gets a hold of it; he hates it when his perfect on-target shot is ruined by another tear to the back of the net – or worse – a broken window.

So he’s done something about it.

The Central Coast Mariners skipper has proved he’s just as handy off the field with the launch of his own business and signature product, the ‘Open Goaaal’!

“It’s a soccer goal for back yards, an adjustable ‘net within a net’ that allows kids to shoot without it going into next-door’s yard,” Montgomery said. “You can shoot really hard because it’s got a bungy cord technology that allows it to rebound the ball.”

CLICK HERE to find out more info about the ‘Open Goaaal’

Open Goaaal is an improved soccer net with a backdrop screen that stops and rebounds wayward balls. Inventor Jonathon Cowan from Leeds, UK, was struck with the idea when his 14-year old daughter, who plays for Arsenal, was disrupting their neighbours and damaging his garden with stray balls. Monty, a fellow Leeds man, spotted the idea on the Instagram page of mate and Spurs footballer Kyle Walker.

Monty was recently recognised as the Mariners Official Supporter’s Player of the Year as well as receiving the Men of Football Damien Brown Medal, but it’s his commitment to football off the field that really makes him shine.

“There’s also a future with the John Moriarty Football Foundation, so I’m going to donate some goals they can take with them to the Indigenous kids to work at their skills and maybe one day play in the A-League,” he said.

His twin girls, aged 5, are fans of their dad playing the big time, but as to whether they’ll follow in his footsteps, Monty says only time will tell:

“My girls, they’ve been asking for one for ages since I saw it, so it’s not just for boys, it’s for girls as well,” Montgomery said.

“But they love all sports, and whatever they want to do, I’ll back them. But at the minute they’re just enjoying being kids.”

With ‘Open Goaaal’ being endorsed by a host of English Premier League players, the skipper is hoping to grow the business quickly for when the curtain on professional football eventually closes. 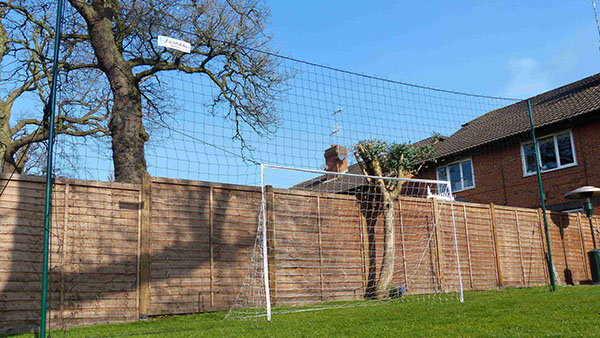 The PFA Player Development and Transition Program have been instrumental in assisting Monty not only to get his business off the ground, but in gaining his coaching qualifications as well. It looks like the football world won’t be getting rid of him any time soon.

“I left school at 16 and went straight into football and I’ve been playing professionally for over 16 years now, so it’s a massive part of my life and always will be.

“It’s nice to give something back.”