Montgomery: We need to win back respect

Central Coast Mariners’ skipper Nick Montgomery is looking forward to the start of the club’s new campaign against Perth Glory on Saturday night and says that winning back the respect of Mariners fans is a motivating factor.

After a season that saw many young players exposed to the rigours of professional football for the first time, ‘Monty’ is confident that the 2016/17 season was a steep learning curve ahead of the club’s 12th campaign.

Montgomery also welcomed the addition of experienced Hyundai A-League recruits in the likes of Jacques Faty, Mickael Tavares and Ivan Necevski who will help guide the talented crop of young players this season. 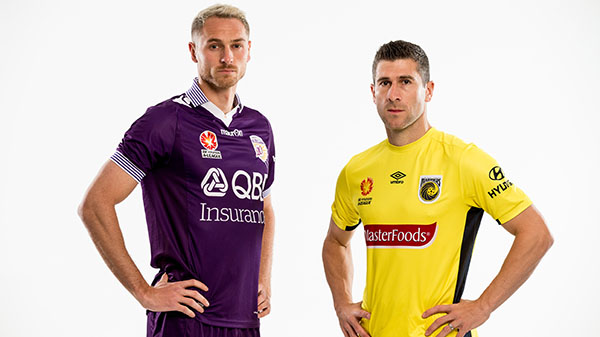 The former Sheffield United midfielder spoke to media at the Hyundai A-League season launch about the positive influence of Paul Okon who has now been at the helm for five weeks.

“The last few weeks with the new manager have been exciting,” Montgomery said. “The nervousness of the new season is starting to creep in and we can’t wait for Saturday night.

“The vibe in the camp has been positive since day one under Paul, the playing group understands what he wants and the style of football that he wants to play.

“In that four to five weeks, as a team, we’ve really got behind the management style and the way they want to play. The boys have responded really well.

“There’s no secret that we were playing kids last season but this season we’ve got a better mix and we’ve got some more A-League experience, we’ve still got a young squad but the kids will grow from the experience of last season.

“Last season is a distant memory and we are all looking forward to the upcoming season. It was a massive learning curve for a lot of the younger players and I think they will develop a lot quicker because of it.

“We need to win the respect back of our fans and the league, this season we will be competitive but no one is expecting anything from us but I think we will definitely surprise a few people,” Montgomery said.