He will take his place in the dugout at one of the world’s most famous grounds come the weekend, but former England and Manchester United defender Mike Phelan will still have one eye on Gosford.

Phelan was appointed as Mariners’ Sporting Director last year, but was granted permission to take up a supporting role in Manchester as assistant to caretaker-coach Ole Gunnar Solskjaer after the departure of previous boss Jose Mourinho.

We're back at the COE after the derby win against the jets.
We talk to CCM sporting director and Manchester United assistant manager @Mike_Phelan_1 .

Interview starts at the 48th minute.

*We apologise for the poor audio at the end of the interview.https://t.co/b9hoV8MFQc

And the 56-year-old Phelan, who played almost 500 senior games in England, is hopeful that the arrival of Mariners’ interim boss Alen Stajcic can follow a similar trajectory to that of the Norwegian at Old Trafford.

“One game, one win. It’s not bad – almost as good as Ole Gunnar Solskjaer for Man United so far,” Phelan laughed. “He’s very enthusiastic. You don’t become an international manager for nothing, whether that’s in the women’s game or the men’s game – you’ve got to have something about you.

“Stajcic has got great organisational skills, he’s got a real drive and right now is a very good fit for the Mariners,” Phelan said.

From Manchester to the Mariners 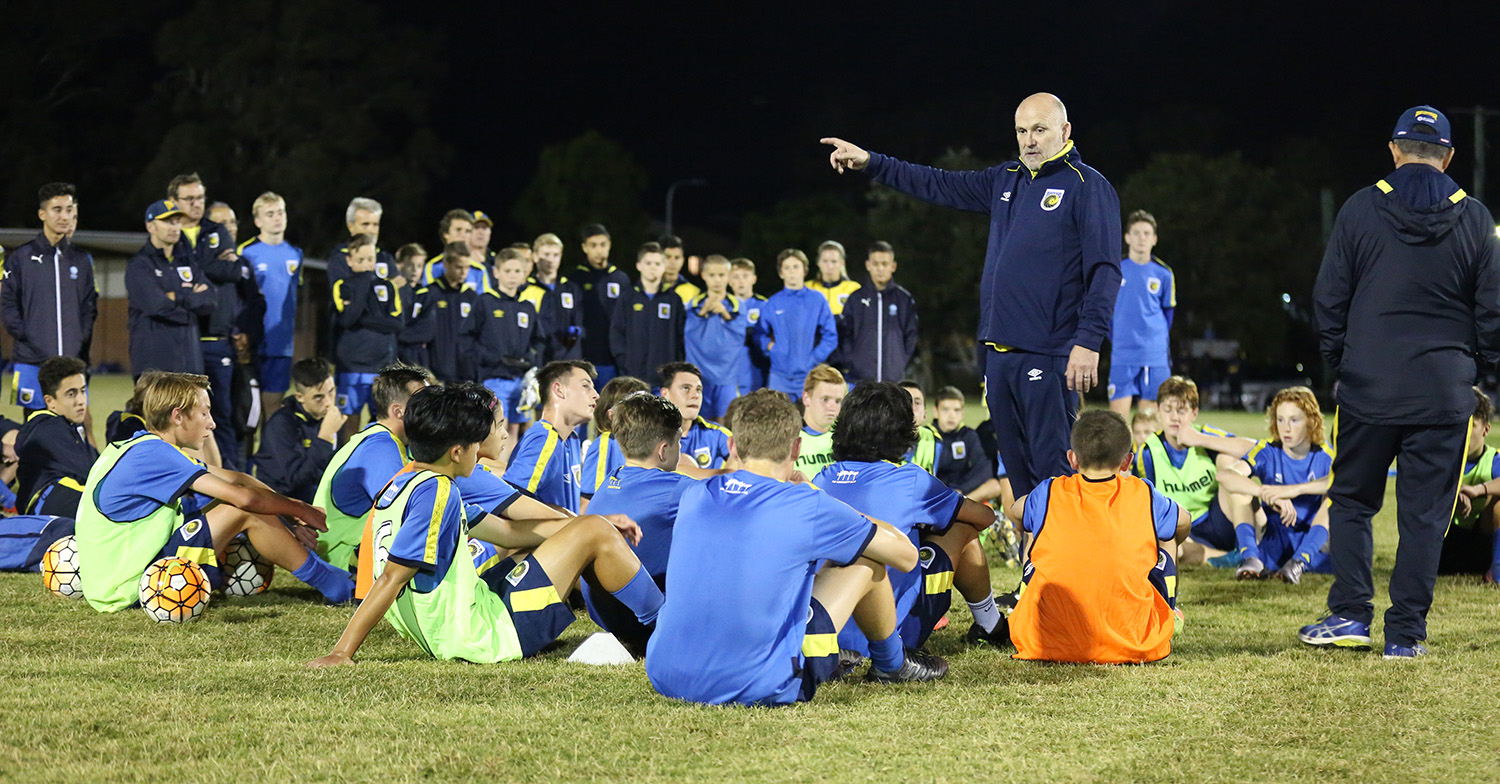 Instead of taking a well-earned break in last weekend’s international window, Phelan instead hopped on a plane and travelled halfway round the world to check in on the Mariners.

Speaking to www.a-league.com.au, Phelan said it was a perfect opportunity to catch up on the project he started in July last year.

“It was a case of catching up on what had been happening,” he said. “I spent time in Australia in November and then went back [to the UK] for Christmas.

“I then got offered to go in to the role at Manchester United as caretaker-assistant to Ole Gunnar Solskjaer, and that restricted my next opportunity to come back, which was going to be January.

“So, it’s a case of picking up where I left off and making sure that everything is running as well as can be expected.”

The Mariners have endured a tough Hyundai A-League campaign but Phelan said his primary focus was on the future, and grassroots development. 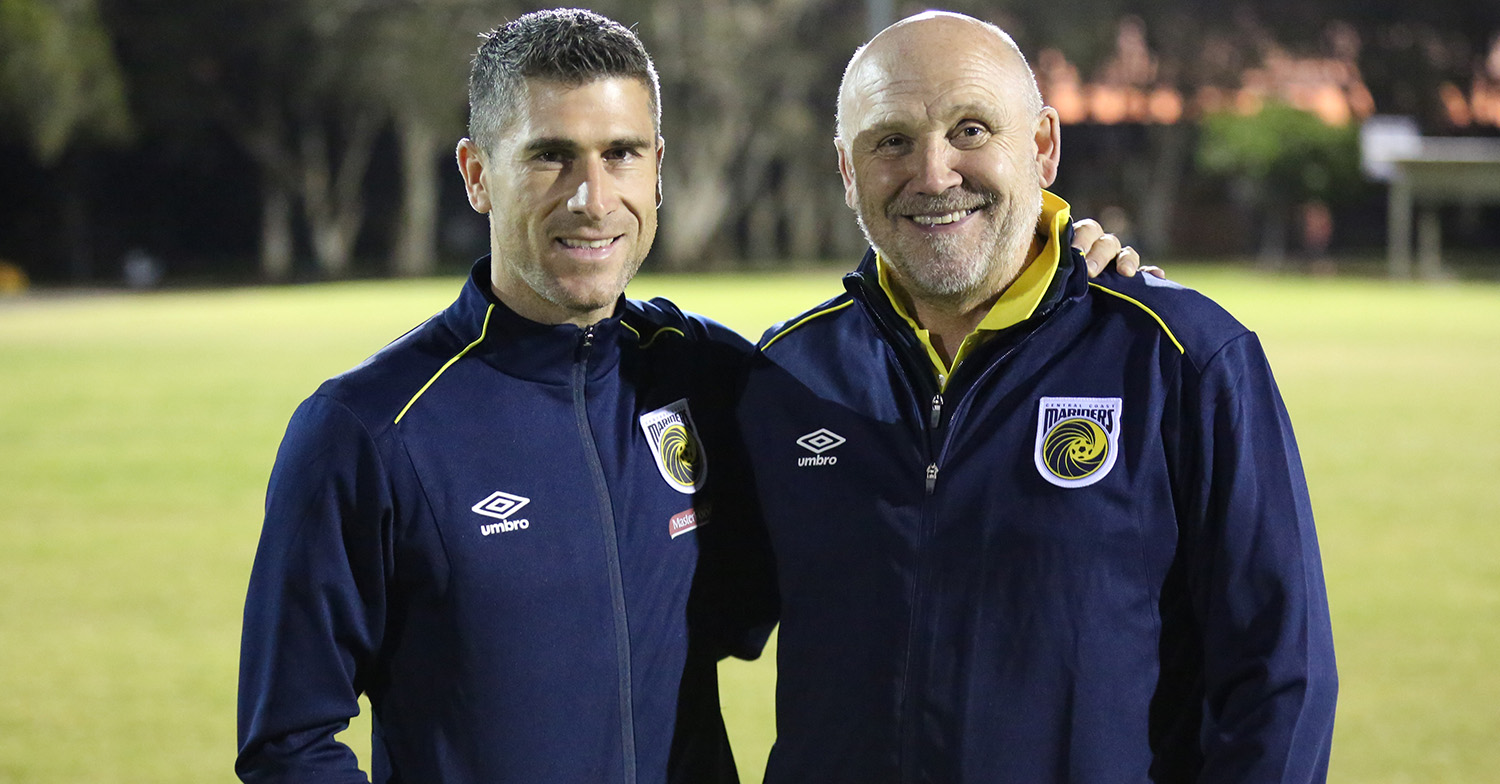 “The purpose of my involvement with the Mariners is to give it some profile, but also to place some emphasis on youth football on the Central Coast,” he explained. “The Central Coast is a very, very beautiful area and a lot of kids and youths are playing football there.

“So, it was a case of joining up with the Mariners to promote that, but also to put some suction into the Mariners youth academy.”

For Phelan, the opportunity to get out and about among the local community was a valuable experience – and similar to the approach taken by global giant Manchester United.

“You can always take things,” he said. “At the end of the day it’s about people who want to play football, it’s about community.

“As much as Manchester United is a global brand, it still has a community feel to it as far as what it’s trying to achieve.

“It’s one win but hopefully that performance can kick us on and we can finish the season strong."

“What is happening now with the Mariners is we have one full day at Pluim Park, which is a fantastic setting for the Central Coast, lots of pitches.

“It was exactly the direction the Mariners want to go in – putting some strategies and structures in place, with my help and others, to be able to get people out there playing and enjoying the game, but also with the prospect of getting A-League attention,” Phelan said.