McCormack: We go into Saturday full of belief

Not only is it our first Hyundai A-League game of the season, but it’s Ross McCormack’s first outing against his former team, Melbourne City. Kick-off at Central Coast Stadium is 5:35pm.

The Scottish striker arrived on the Central Coast just weeks out from the A-League season but has taken no time to settle in.

Today after training, McCormack fronted the media and credited the team spirit to earn a point in Brisbane, spoke about our clash with Melbourne City and the hotly contested competition for places in the Mariners starting 11.

Reflection on round one…

“Sunday we were backs against the wall at times, but team spirit got us through, it got us a point,” McCormack said. “We go into Saturday full of belief, Melbourne City are a good team but are definitely beatable and we will be looking to do that,” McCormack said.

“It’ll be good to see them first of all but when the whistle sounds its business, you’ve got to try to get three points, however they come around,” McCormack said. “There’s a lot of new players at Melbourne City but still they play the same sort of way like last season.

“We are under no illusion, we know they’ll be difficult to beat, but as the manager keeps barking on we will give it a go every single game. We will compete.

“The two full backs are attack minded, De Laet and Jamieson, we need to be mindful of that, Brattan in the middle of the park is a good player, strong defensively. They are an all-round good team and Victory showed on the weekend you can get at them,” McCormack said. 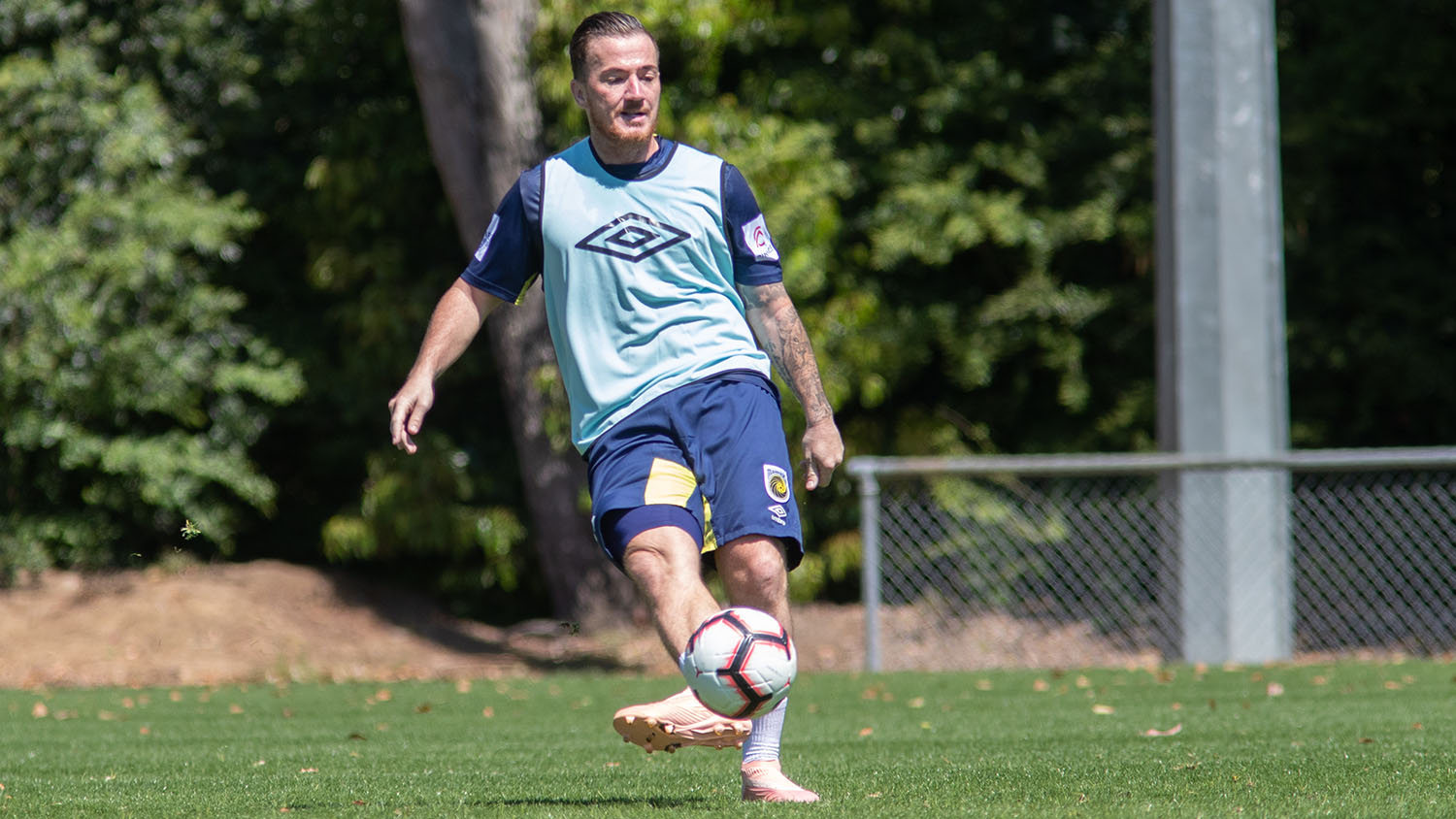 Competition for places at the Mariners…

“There’s a lot of players so the competition is high, competitive edge, that’s what you need when you’ve got a big squad everyone wants to play. Football is a squad game everyone will be required this season no doubt, it’s important everyone is ready.

“My fitness is fine it’s just the match sharpness, I’ve not played a lot since January. Sunday was my first competitive game since I left Melbourne City. I played 90 minutes so that’s a good indication that things are coming along nicely,” McCormack said.

“Very well, it’s a tight knit group, everyone is close with each other, everyone has gone out for dinner, coffee after training so that’s important the spirit is high,” McCormack said.

“It is what it is, people will be disappointed to be left out and rightly so, everyone has trained hard this preseason, everyone wants to play unfortunately there can only be 11,” McCormack said.