Central Coast striker Roy O’Donovan hopes the club will sign some experienced players to help the club’s younger brigade for next season.

Speaking after a 10-man  Mariners went down 2-0 to Melbourne Victory on Sunday afternoon, the Irishman said the future was bright at the bottom-placed club if their transfer policy targeted some more seasoned pros.

“I think we need to sign one or two experienced players,” he told ABC radio Central Coast.

“Characters like Nick Montgomery, we need more of that.

“We need a centre half. All season gaffer has been trying to identify players within budgets but it’s difficult as our bottom line is very important.

“But next year if we get the right centre half and  a midfielder in there with ‘Monty’ it’ll help the young lads massively, because there’s great hope there for the future.”

The former EPL striker with Sunderland also said the red card to Micky Neill on 48 minutes effectively ended any chances of a home team comeback against the reigning champions on Sunday. 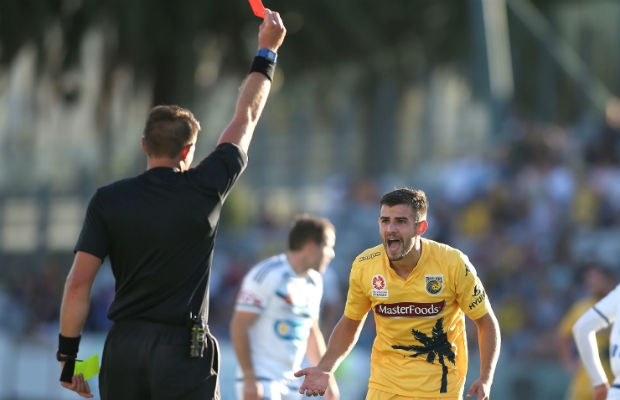 “We were well in the game at 1-0 but going down to 10 men so early in the second half really killed the contest for us.

“They [Victory] are a clever team and any open spaces that were there they picked us off.

O’Donovan added: “There are positives. We got beat against the champions there’s no shame in that.”

The Mariners next head to the West for a clash with Glory this Saturday.