Central Coast Mariners withstood a huge examination last weekend in Perth, but that’s just one of a number of tests forward Trent Buhagiar will face over the coming weeks.

The livewire 18-year-old, who made just his third Hyundai A-League start in the thrilling 3-3 draw with Glory last Saturday, will be one of around 70,000 students in NSW to kick-off their HSC exams tomorrow (Thurs).

He then is set to face the rampaging Sydney FC on Saturday in Round 2 of the A-League as the Mariners look to build on their eye-catching season opener in the West.

It’s a busy and exciting time for the Central Coast local who attends the International Football School in Kariong and is hoping his scholarly efforts will eventually lead to further study in sports science.

“It’s been good, the teachers at school are very helpful. They give me work that I miss out on and it’s easy for me to catch up on when I’m not training,” Buhagiar told www.a-league.com.au.

“On a regular day we’ll study for four hours, then train for two hours. We have the afternoon off so I can go home and do a bit of study and work on things that I’ve missed out on.

“I’m looking at doing sports science at university because that can give you a lot of pathways into the sports industry.” 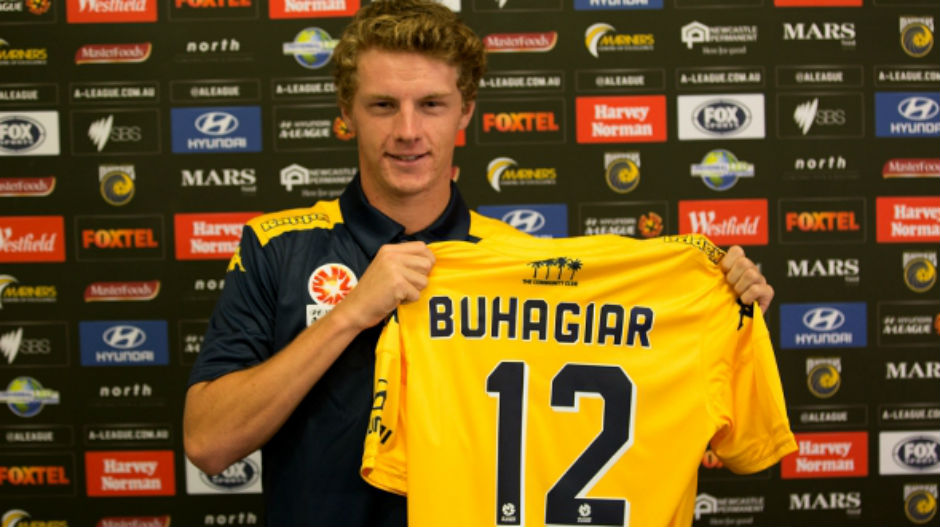 While Buhagiar has been juggling football and study it was a circus act of another kind that helped him avoid a serious injury at nib stadium last Saturday night.

In sprinting for the ball and trying to prevent it from going over the by-line the forward went flying over the barriers.

Luckily, Buhagiar maintained his composure, using his natural athleticism to pull out a full somersault – he even managed to stick the landing.

“I was sprinting to stop the ball from going out of play and the barriers were too close to the field so I didn’t have enough time to stop,” he explained.

“I tried slowing down and next thing you know I was falling over the barrier.

“I just tried to push off the boards so I wouldn’t hit it and ended up doing a tumble – it was lucky that I didn’t get injured.” 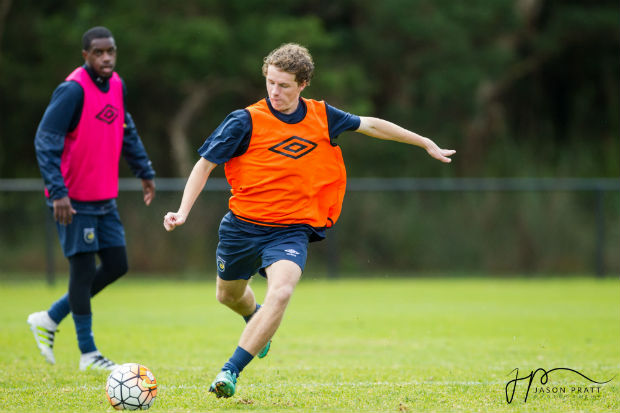 Also on display in the Mariners’ amazing second-half comeback was Buhagiar’s electric pace.

The flyer revealed in his junior days he ran the 100 metres in 10.8 seconds and two years ago finished second in the state in long jump.

“I think our current playing style suits me a lot because it gets me in behind the defence and I get to run at defenders and show people what I can do.

“The star feature of my game is my pace so I’ll try to get in wide areas and attack defenders and get in behind.

“I was happy to be handed a start. Hopefully I can keep performing and have that spot for good.”