The Central Coast Mariners are excited to announce the signing of 20-year-old midfielder Gianni Stensness who has put pen-to-paper on a one-year-deal.

On the eve of the Club’s FFA Cup Round of 16 away trip to Brisbane Roar, Stensness signed his maiden professional contract and will be eligible to take the pitch at Dolphin Stadium in Redcliffe tonight. 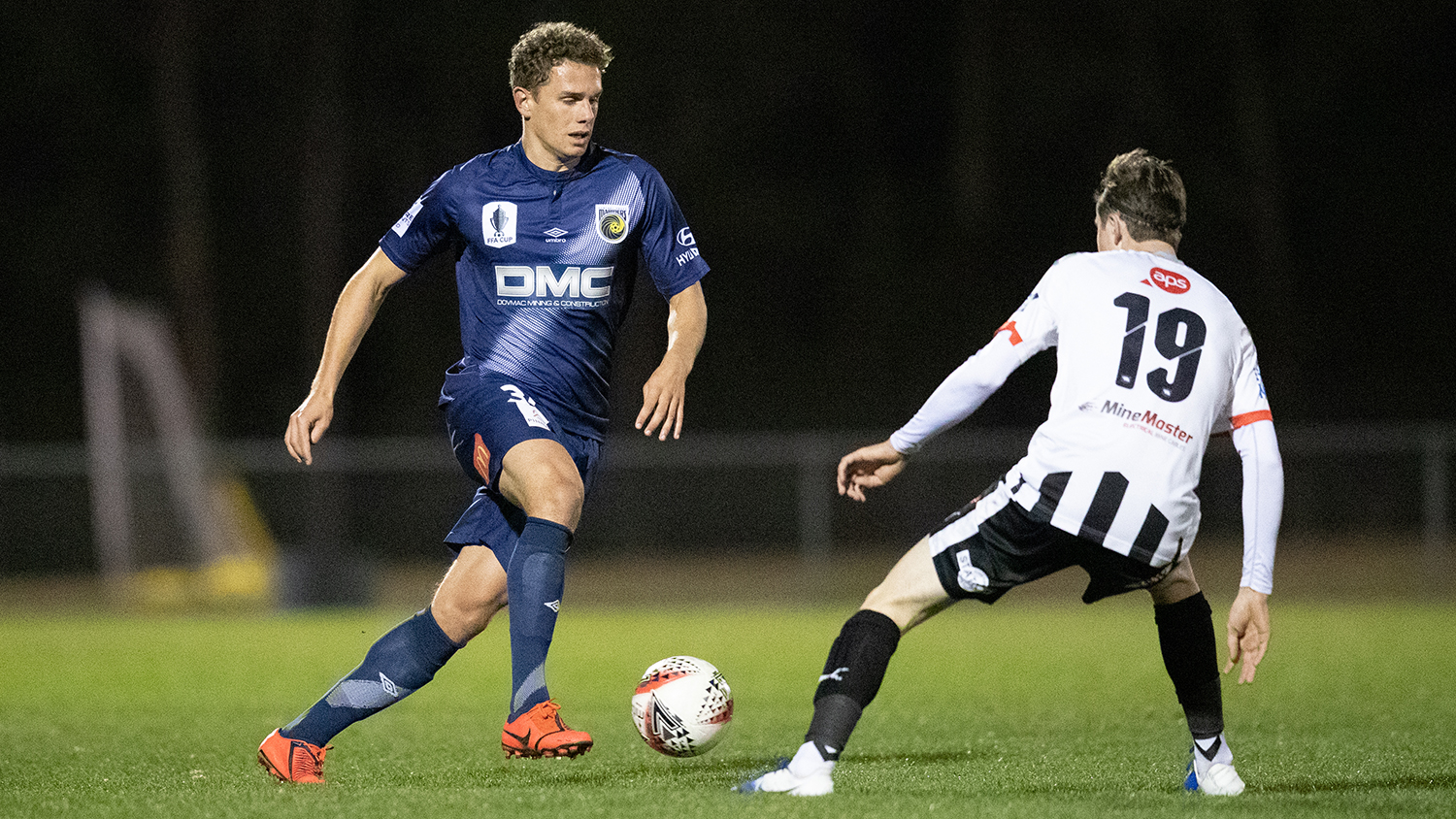 Originally plying his trade with the Mariners Academy in 2017, Stensness departed to play first team football with NPL 1 outfit Manly United before making his Hyundai A-League debut [against the Mariners] for Wellington Phoenix where he played in their youth set up.

Stensness’ development was rewarded with a call up to the New Zealand U-20 National Team where he became a viral sensation for scoring a screamer against Norway. The U-20 All Whites made world-wide headlines after successfully progressing through to the Round of 16 in that tournament.

After returning from the FIFA U-20 World Cup in Poland, Stensness returned to the Mariners for a pre-season trial which included appearances in pre-season friendlies. During his trial period, back on the Central Coast, Stensness worked hard to impress Head Coach Alen Stajcic.

“This is something that I’ve strived my whole life for, it’s a dream come true,” Stensness said. “It’s every footballer’s dream. Having come through the Academy, signing my first contract with the Mariners really adds something to it. This feels like home for me.

“I’m a defensive midfielder that can play in the back four, I’m a physical player – I like battles in the midfield but I’m also quite technical. I like to control play, move the ball and make a lot of tackles.

“Going away with the national team helped me improve two key things: my personal preparation and as a team, knowing my role in a tactical set up which allowed us to perform as a cohesive unit.

“Staj is a great coach, I really like the fact that he gets to know his players personally. He has lots of one-on-one conversations and not all coaches offer that. For me, I really respond to that type of coaching style.

Central Coast Mariners Head Coach Alen Stajcic is pleased to reward the hard work of a player who came through the Academy system.

"The Mariners are respecting and honouring the history of Central Coast Football by wearing this jersey."

“The young players within the Central Coast Mariners Academy are doing a fantastic job and it’s great to see that Gianni has continued to develop his game since his time in the Academy,” Stajcic said. “Since returning from an impressive Youth World Cup campaign, Gianni has worked hard to earn this opportunity.

“As a young player, Gianni boasts experience and maturity beyond his years and we are looking forward to seeing where he can take his game within a full time professional environment.

“It has been a key focus to ensure we have experienced leaders within the squad, mixed with a group of young players hungry for success, like Gianni, who will learn a lot from the senior members of the squad,” Stajcic said.