The Central Coast Mariners have secured the services of 25-year-old midfielder, Giancarlo Gallifuoco who has put pen-to-paper on a two-year-deal with the Club.

Gallifuoco arrives from the Western Sydney Wanderers where he signed in March and played the final seven games of their campaign.

Before his return to the Hyundai A-League the experienced midfielder, plied his trade with Italian Serie C side FC Rieti.

The former Australian U23 representative made his Hyundai A-League debut in 2015 for Melbourne Victory before Gallifuoco’s football journey saw him play for the likes of Torquay United and Dover Athletic in the UK. 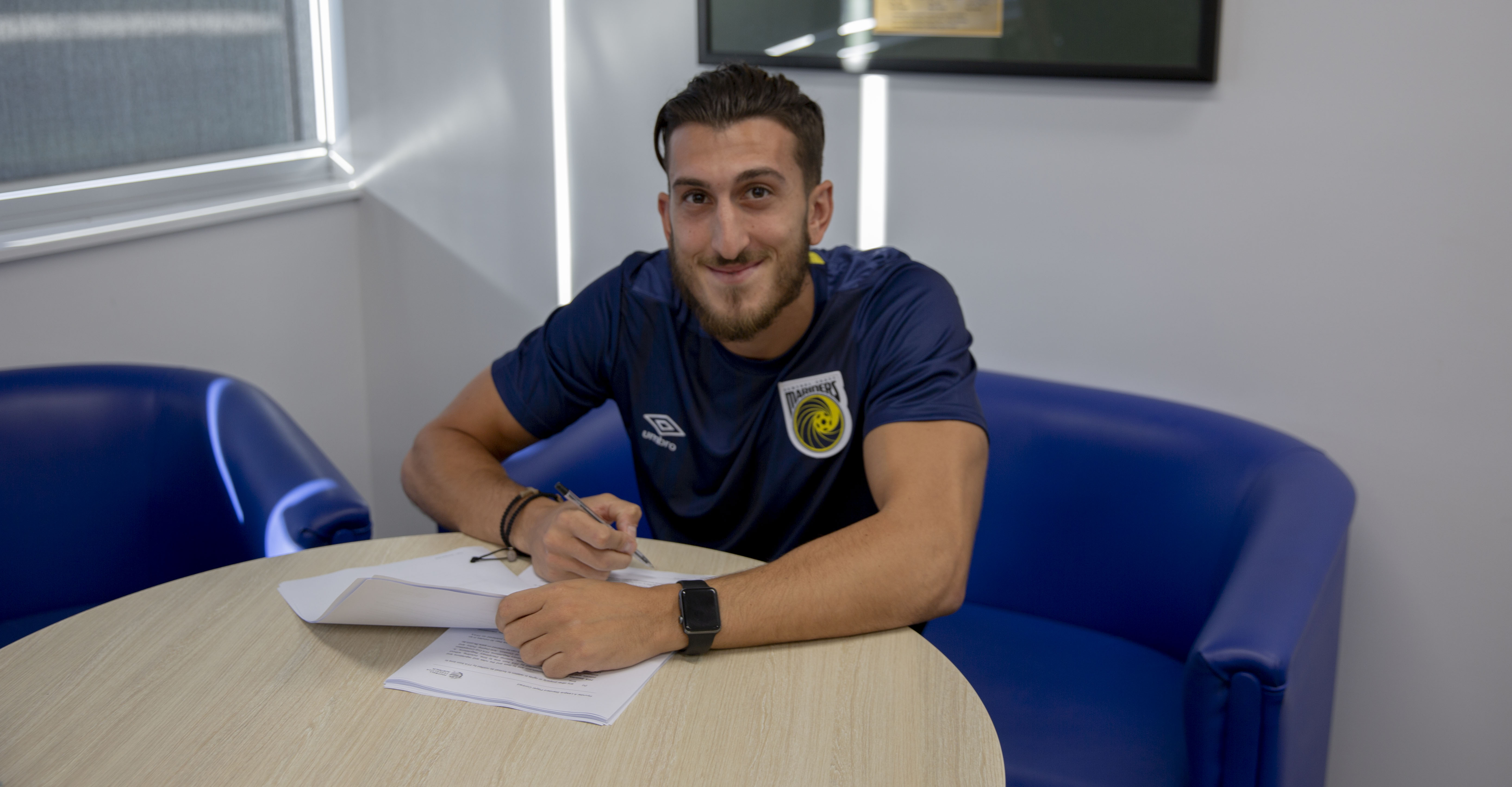 Upon signing his contract at the Central Coast Mariners Centre of Excellence, Gallifuoco spoke of his desire to help drive the Mariners up the Hyundai A-League table.

“I’m very excited to get going,” Gallifuoco said. “Everyone at the Mariners wants to be a part of returning this club to the powerhouse that it once was. People forget about the trophies this club has won – their form in recent years hasn’t been great but I remember watching the Central Coast of old who were a Premiership winning, Grand Final winning team.

“Alen spoke to me about his vision for the future and the role he sees me playing, but even coming up against the Mariners this season, seeing how he tactically set the team up was very impressive, I could see that Alen was the type of the coach I wanted to play under so I am delighted to join the Mariners,” Gallifuoco said.

When asked what type of player fans should expect to see in ‘GG’, the 25-year-old spoke of his versatility.

“I’m physical, fast and that’s why I’ve always been able to transition from midfield to centre back, to right back or even in more attacking roles. At the Mariners, regardless of what position I play, I want the fans to know that I’m the kind of player that will use every single bit of energy at every training session, in every game. I leave nothing on the pitch.

“All I want, is to be a part of the resurgence of getting this club back to where it deserves to be,” Gallifuoco said.

“Coming from the Wanderers, Giancarlo was a consistent performer and showed a great presence. We’ll expect the same thing here at the Mariners, that he fits into the new team and hits the ground running.

“We’re looking forward to Giancarlo joining us next season. His versatility and being able to play a variety of roles will be an important part of our team moving forward” Stajcic said.