Mariners remain undefeated in the E-League

After three rounds and six games across Xbox & PlayStation 4, KyrenFIFA & StrawhatCamels remain undefeated in the E-League thanks to aggregate win over Perth Glory last night. 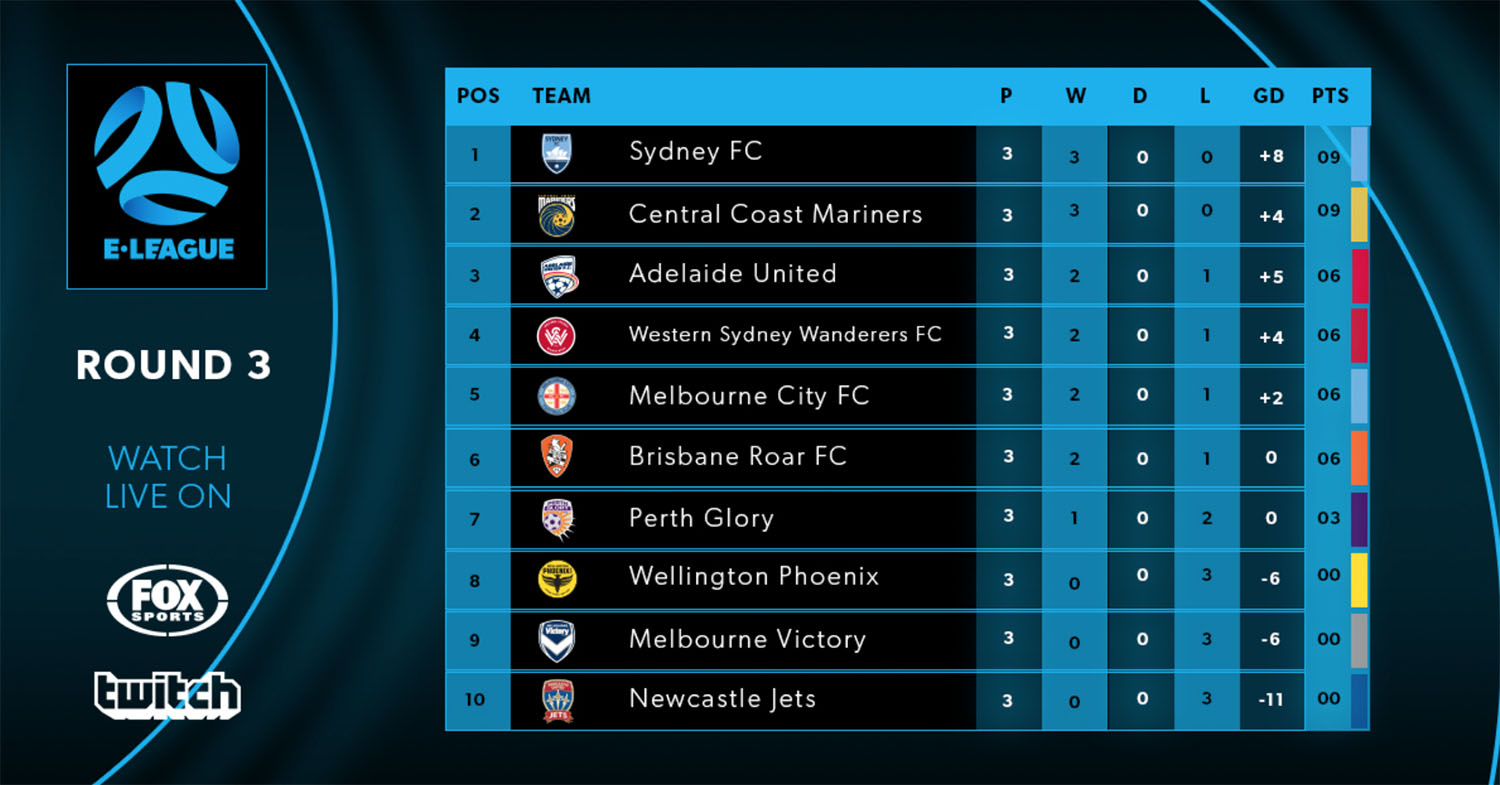 Sitting second by goal difference behind Sydney FC who are the only other undefeated club in the inaugural season of the E-League, KyrenFIFA (Kiran Gupta) & StrawhatCamels (Mat Camilleri) re-affirmed their dominance over the competition last night with a combined 4-3 win over Perth.

Matt Camilleri converted a second-half penalty to deny Glory’s David Cook in a 1-1 draw in the Xbox encounter.

Cook looked on track for a morale-boosting first victory of his E-League campaign when he made space for Thierry Henry to laser a finish into the bottom corner.

But the lead wouldn’t last, Camilleri keeping his cool with 20 minutes to play and earning the Mariners a draw.

Gupta got the early jump on his Glory opponent, opening up a 2-0 lead by the 26th minute.

Saisanas cut the deficit on the edge of half-time and hit a delightful second in the closing moments of the match, but Gupta’s well-worked third between those efforts ensured Perth’s fightback fell short and locked up a 4-3 win on aggregate.