​Tony Walmsley has been confirmed as the permanent Central Coast Mariners boss and he has immediately vowed to bring entertainment and excitement back to the club.

Walmsley, who has been interim boss for the last six weeks, was on Tuesday handed the head-coaching reins for next season while he we also remain as the club’s technical director.

After a difficult campaign for the Mariners, Walmsley said his first brief was to bring enjoyment back to the club and an expansive, innovative style the fans can be proud of.

“The club’s mantra is entertainment, youth and community. As Technical Director I was brought in to deliver a football program aligned to the commercial objectives of the club,” Walmsley said via a club statement.

This means a recruitment charter that identifies players with embedded talent that can be identified, contribute on the pitch, developed and sold. No hiding behind it. Something to celebrate. 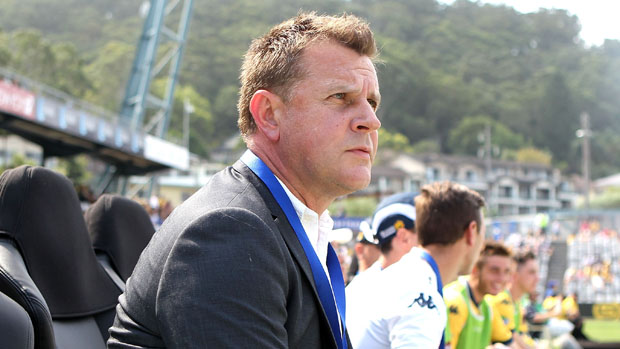 “As Head Coach I’m interested in exposing players to a style that stretches them beyond where they think their capabilities are and to get the staff to buy into the broader vision.

“Can we be more resilient, yet more expressive? Pretty on the eye? Courageous on the ball, can we be recognised for innovation?

“My time has arrived to make a commitment to the members and fans to provide an environment where the players love coming to work. Where their spirit, joy and passion for playing football is captured in the essence of how we play.”

Mariners owner Mike Charlesworth said the club “scaled the globe” for a suitable candidate before sticking with Walmsley due to his record in youth development and a guarantee for attacking football.

“With such a small population base over a large geographical area we need to do something special next season to attract new fans and bring some of the old ones back,” Charlesworth said.

“Without fear of failure we simply have to innovate and entertain and I believe Tony has both the understanding of this task and the experience to see this challenge through successfully.

The Mariners are currently eighth in the Hyundai A-League and end the season with away clashes against Wellington Phoenix on Friday and then Melbourne Victory in the final round.