The Central Coast Mariners can today announce the impending arrival of 28-year-old Dutch midfielder, Tom Hiariej ahead of the Hyundai A-League 2017/18 season (pending medical on arrival).

Hiariej is set to arrive on the Central Coast from FC Groningen, a club that competes in the Eredivisie (top tier of football in the Netherlands) after agreeing to terms on a two-year-deal.

With over 200 competitive appearances under his belt, Hiariej is a one club man who plied his trade with the FC Groningen youth academy and debuted for the Green & White in September 2007 (cup match) scoring his first goal against NEC Nijmegen in 2008. Indeed, Hiariej’s only senior club is Groningen, he also spent two short loan stints with FC Emmen (Netherlands) & SC Cambuur (Netherlands).

Hiariej has also represented the Netherlands at youth level, having featured in the Dutch under 17s campaign who placed third in the 2005 FIFA U-17 World Championship, held in Peru.

Although Hiariej has spent the entirety of his playing career in the Netherlands, the talented midfielder is half Dutch and half Indonesian (His mother is Dutch and his father is ‘Moluccan’ – was born in the Maluku Islands of Indonesia).

Earlier in his career, Hiariej was played predominantly as a right-back but in recent years has played his best football as a central midfielder and will add much needed experience to Okon’s midfield stocks with the retirement of outgoing skipper, Nick Montgomery.

After spending 10 years with one club, Hiariej is looking forward to arriving on the Central Coast for his newest challenge and already has a great feel for what he can expect from the Mariners. 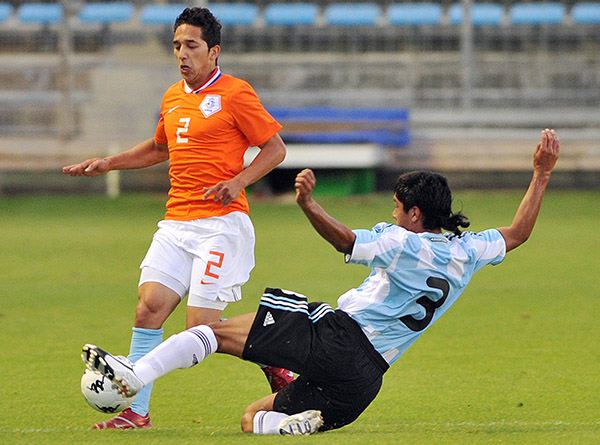 “I am really excited for this challenge and I hope I can really add something to the Mariners and football in Australia,” Hiariej said. “Coming to the Mariners, we want to be playing finals football. For me personally, it’s a new adventure and I look forward to learning a lot from the Australian culture and the people.

“I know the Mariners are a club that like to give young players a chance. I have played over 200 competitive games at the highest level in Holland so hopefully I can use that experience to help the younger players in the squad develop and become better players.

“I’ve seen photos of Central Coast Stadium and it is amazing.

“After speaking with the coach, I know the Mariners are a community club, it’s like a big family which was great to hear because Groningen, my old club, is also a community club.

“I spoke with Paul after our game, he came across as a really nice guy,” Hiariej said. “As a player, he also played at the highest level in Europe and from what he’s told me about the Central Coast Mariners, I can’t wait to get there for pre-season and meet my new teammates,” Hiariej said.

Although he has featured most recently as a central midfielder, Hiariej is a versatile player who offers options across the back four and midfield.

“I spent 10 years with Groningen, I’m a central midfielder but can also play right-back or centre-back,” Hiariej said. “I’m not a big player but I’m skilful, what I will bring to the Central Coast Mariners is aggression,” Hiariej said.

During Paul Okon’s scouting trip to Europe he watched Hiariej play against PSV Eindhoven before meeting with him and discussing the opportunity to trade the green and white of Groningen for the Yellow & Navy of the Mariners.

Okon was impressed by Hiariej’s characteristics both on and off the pitch.

“We were actually looking at Tom in the January transfer window and were very close to signing him,” Okon said. “At the time, Groningen decided that they wouldn’t release him which was disappointing for us because we thought he really would have added value at that time of the season. We’ve kept dialogue since and followed him throughout the remainder of the season.

“We knew that Tom was open to the idea of exploring an opportunity and adventure in a country like Australia and it’s exciting to have him here for at least the next two seasons.

“Tom is a versatile player but we have predominantly looked at him as a central midfielder – he’s a ball playing midfielder, he’s very good in tight areas and his work rate is very high so he ticks the boxes in terms of what we were looking for, so now it’s a question of him adapting and settling in which I don’t think will be a problem. He will be here from the start of pre-season and will have plenty of time.

“Part of the conversation with him was making him aware that the Mariners have a number of young players, we have a philosophy of giving them an opportunity and he would have to play a leadership role because of his experience having played so many games in the Dutch first division. He was receptive of that and really wanted that responsibility which is important because we lose our captain who gave us that experience.

“Without putting too much pressure on Tom, they are certainly big boots to fill in terms of being a leader in that midfield and he’s happy to assume that responsibility.

“Nowadays it’s rare to find players who have played at one club and that again shows that Tom is a loyal person and after meeting with him and talking to him I could tell straight away that he will fit straight in to the Central Coast Mariners.

“Our fans should be excited, we are all excited to see what Tom can bring to the Mariners both on and off the pitch,” Okon said.

Don’t forget! Tomorrow the Central Coast Mariners will provide their loyal Members with an exclusive window to secure their seat and take advantage of early bird pricing! Yes, you can renew your Membership TOMORROW from 9:30am! 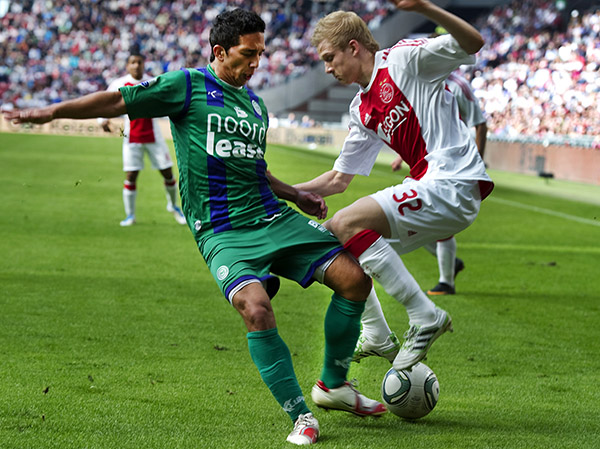