The Sydney born gloveman is widely regarded as one of the best young goalkeepers in the Australian national team system and has plied his trade with Tottenham since 2014.

At the tender age of 14, Glover played for the Sutherland Sharks under 18’s side and trained with the first-grade outfit before travelling to London for a dream trial with Tottenham. Signing as a 15-year-old, Glover impressed and completed a permanent move to London to join the English Premier League giants.

During the 2014/15 season, Glover started 16 times for the Spurs’ Under 18’s and impressively produced a string of penalty saves throughout the season. He stepped up to make his Under 21’s debut against Liverpool in October 2014, and played twice in the Lilywhites’ run to the FA Youth Cup semi-finals. 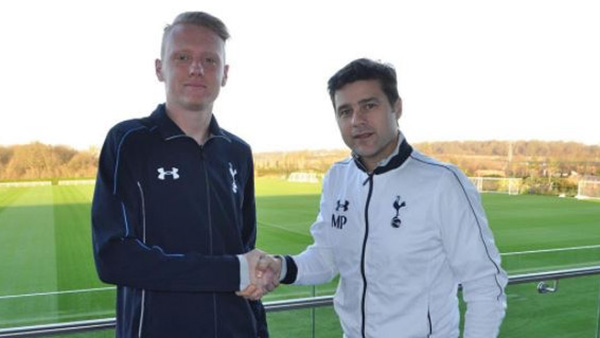 Throughout the 2015/16 campaign, he made 11 league appearances for the Spurs’ Under 21’s, in addition to four appearances in the Premier League Under 21 International Cup.

After impressing Spurs’ coaching staff, Glover signed a new contract in December 2015, and was also part of the Tottenham first team squad on match days on a handful of occasions, serving as back-up to Hugo Lloris and Michel Vorm.

Glover [whose father is English] also had the honour of being asked to train with the English national team and has trained regularly with the Spurs’ first team squad.

Glover’s allegiances now lie with Australia having most recently represented his country in Myanmar with Mariners’ attacker Trent Buhagiar who both started in Josep Gombau’s first victory of the campaign with a 2-0 win over Brunei.

Upon signing his contract ahead of the Hyundai A-League 2017/18 season, Glover spoke with ccmariners.com.au. 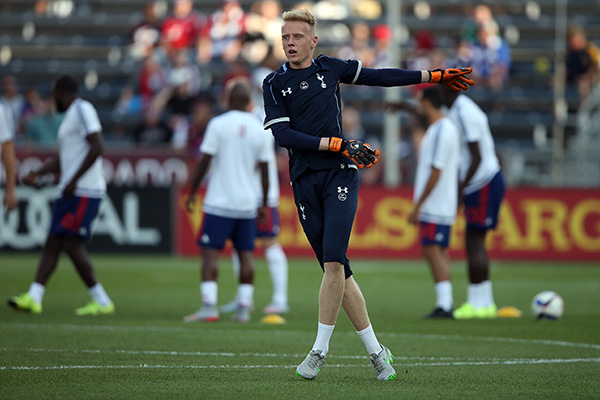 “For me this is an important next step in my career and I’m excited to join the Mariners,” Glover said. “It’s been a long time coming because I’ve been in talks with Paolo for a couple of months now and it’s great to have everything confirmed.

“It’s important to get some first team experience and games under my belt – I’ve been playing in the under 23’s at Tottenham and I think to go on loan now is the next step for me. Paolo is willing to give me that opportunity and I want to take that chance with both hands. I worked with Paolo at Young Socceroos level for two years, he is a brilliant coach. His style of play is the way I like to play: playing out from the back, using my feet.

“I’ve been quite fortunate at Tottenham to spend time with the first team set up over the past two seasons, so I’ve seen that side of the football world which every kid dreams about. Travelling around Europe, flying to games in private jets – every kid dreams of it and I’ve been lucky enough to have a little taste.

“Like Hugo [Lloris] and Michel [Vorm] show in the English Premier League they are two fantastic goalkeepers and learning under them has only made me a better goalkeeper so I’ve improved a lot over the past two years.

“My big aim is to play as many games as I can and help the team do well,” Glover said.

Glover is one of three goalkeepers to join the Mariners ranks this season and is looking forward to competing alongside Ben Kennedy & Adam Pearce for the number one spot.

“At every club, there is healthy competition across all positions so if we all push each other we’re all going to improve,” Glover said. “I’m also looking forward to working with Matt Nash who I’m sure will be able to help me take my game to the next level,” Glover said.

Paul Okon is excited to have three goalkeepers who will compete for the number one position this season.

“The Central Coast Mariners are delighted to sign another young and talented goalkeeper,” Okon said. “Tom has all the attributes we are looking for in a goalkeeper that complements our playing style.

“With Tom’s arrival, we now have three goalkeepers who will push each other to earn that number one position which completes our goalkeeping spots for the season,” Okon said.

Are you prepared for the Hyundai A-League 2017/18 season? Memberships will go on sale to the general public on Monday July 31. CLICK HERE to view our Membership Packages.