The Central Coast Mariners have continued their pre-season preparations with a 5-0 win over Charlestown City Blues thanks to a Jai Ingham brace, goals to Josh Nisbet, Tommy Oar and an own goal.

With the FFA Cup Round of 32 in their sights, the Central Coast Mariners faced Charlestown City in their second trial game of the campaign.

With the game split into three 30 minute thirds it gave Alen Stajcic ample opportunities to get game time in the legs of his men. Jack Clisby, Jordan Murray, Ziggy Gordon and Jacob Melling were all rested due to general soreness whilst Abraham Majok is recovering from illness.

In the first stanza, the Mariners cruised to a 2-0 lead thanks to a Jai Ingham brace. Both Sam Silvera and Danny Desilva looked impressive in the front third, teaming up to create a run of chances.

Between the 30th and 60th minute the Mariners continued their dominance courtesy of some sharp work by Lewis Miller on the right that was turned in for an own goal. Eight minutes later, some impressive Desilva footwork set up Josh Nisbet for the fourth goal of the evening.

The final 30 minutes of play was a quieter affair but the solid performance was capped off by a screamer, scored by Tommy Oar in the 85th minute. The game was Tommy’s first since falling to injury in February. 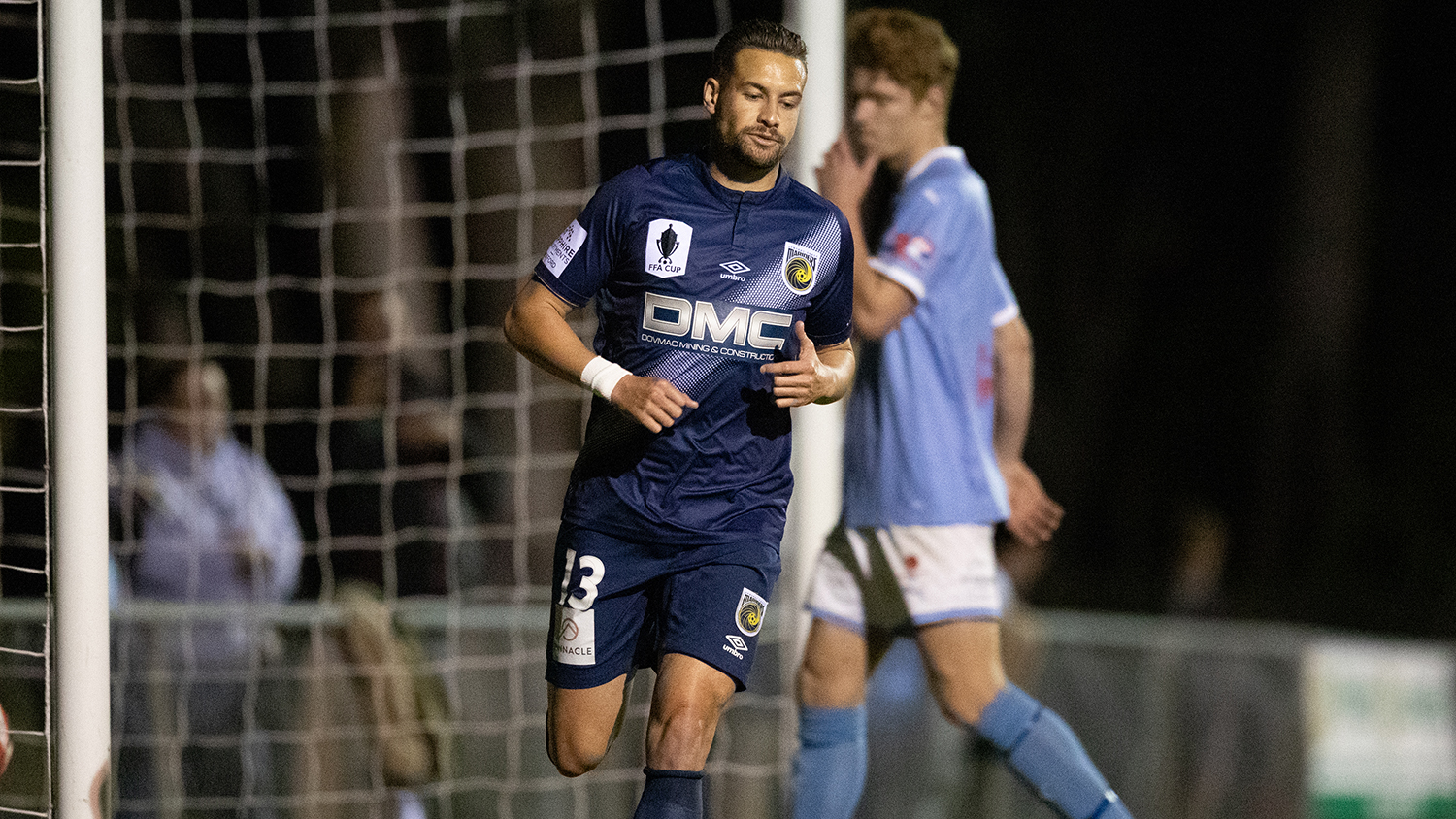 15’ INGHAM GOAL (0-1): It was Silvera’s hard work that created the opening goal of the night. After skipping through Charlestown’s defence, his shot from distance forced the keeper into an impressive save. The spoils fell to Ingham who was on hand to finish from close range.

29’ INGHAM FREE-KICK (0-2): Just before the first break of the evening, Ingham expertly curled home his free kick from 20 yards out giving the keeper no chance.

32’ OWN GOAL (0-3): In what looked like one quick motion, academy prospect Lewis Miller nutmegged a City defender before whipping in a dangerous cross. Aimed at the penalty spot, the cross deflected into the net for our third goal of the evening.

40’ NISBET GOAL (0-4): After dancing through the Charlestown defence and a clear sight on goal, Danny Desilva selflessly laid it off to Josh Nisbet. With just the keeper to beat, Nisbet’s shot was placed perfectly into the bottom corner.

85’ OAR GOAL (0-5): Tommy Oar dispatched the goal of the evening, a strike from distance to round out a successful pre-season performance, marking his return from injury.

Our pre-season preparations continue with a solid 5-0 hit out with @charlestowncbfc.