After two rounds of PlayStation and Xbox action in the inaugural E-League competition, the Central Coast Mariners sit in first position thanks to a flying start by our two competitors, KyrenFIFA & StrawhatCamels. 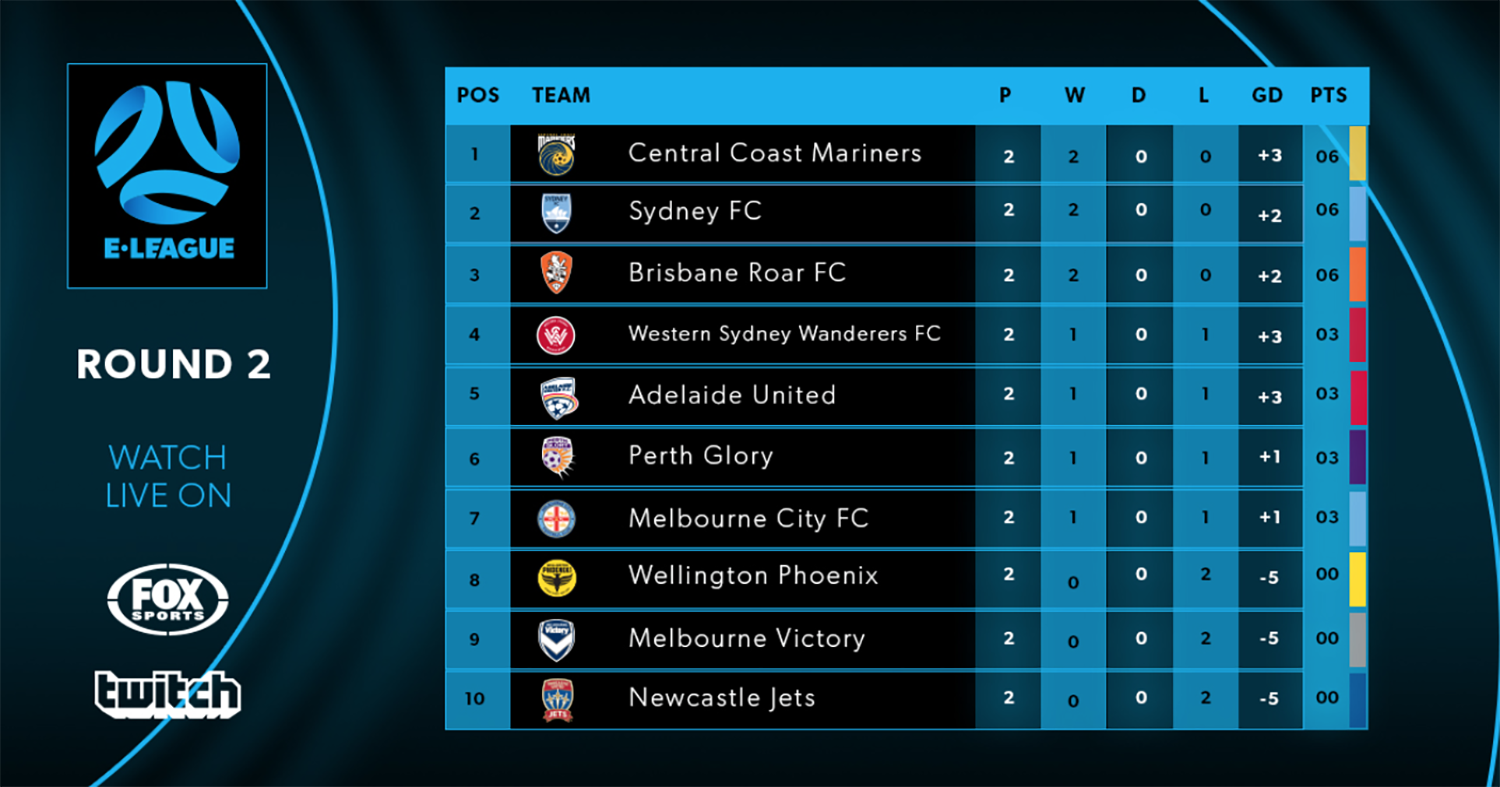 For StrawhatCamels, goals to Trent Buhagiar and Cristiano Ronaldo were enough to claim three points over Wellington Phoenix whilst KyrenFIFA came from behind to claim a crucial win on PS4. After conceding early, KyrenFIFA equalised and eventually won thanks to a Leo Messi brace

Four games down in the @ELeagueAus on @Xbox & @PlayStation. Our boys, King @KyrenFC & @StrawHat_Camels are UNDEFEATED!

Get your camel and crown emojis out!

Sorry, King Camels. We fixed it. The Mariners @ELeagueAus squad on their way home with two wins in the boot! #ELeague pic.twitter.com/NIfyhYWJa6