A goal in the fourth minute to Connor Pain was enough for the Central Coast Mariners to earn a gutsy point from Suncorp Stadium in the club’s Hyundai A-League season opener against Brisbane Roar.

The tempo of an action-packed first half was set from the word go, and it took Pain just four minutes to open his account for the new season. A Brisbane Roar attack, quickly turned into a Mariners’ goal when Antony Golec and Tom Hiariej chipped in to release Pain who made no mistake with his clever finish.

But the early goal wasn’t going to deter Brisbane’s attack, who went on to create several promising chances of their own – looking dangerous through the likes of Adam Taggart and Stefan Mauk.

In the 30th minute Pain was just millimetres from doubling his tally and the Mariners’ lead when he pulled the trigger from distance. His shot took a deflection off a Brisbane defender and smashed into the inside of the post, and almost rolled across the goal line.

Brisbane’s best two chances of the half came in from the left to the feet of a Taggart but, fortunately for the Mariners, both of his strikes from close range were off target.

After going into the break with a 1-0 lead, the Mariners continued their stoic efforts in defence as Brisbane’s attacking opportunities continued at the start the second stanza. Ben Kennedy was outstanding in goal, making two top class saves to keep his side in front.

78’ | A great moment ?? congrats to @Jmuzza23 who makes his @ALeague debut. He comes on for goalscorer, Connor Pain. #BRIvCCM #CCMFC #ALeague pic.twitter.com/Vh9bjiKe1L

Then, just after the hour mark, Taggart found the back of the net which looked like Brisbane’s equaliser but it was pulled back by the VAR for offside. But less than five minutes later, Taggart scored from close range to make it 1-1.

Mariners fans were then off their feet almost immediately when centre-back Kalifa Cisse lurched forward for a set piece to sensationally head home. Unfortunately, Cisse’s goal was disallowed by the off-side flag.

In the final twenty minutes of play, Mariners debuts were earned by Aiden O’Neill and Jordan Murray with both having immediate impact in the front third.

Play opened up for both teams on the slippery Suncorp surface, forcing the Mariners to defend for their lives in the dying stages. The away team’s heroic defensive efforts were headlined by a goalsaving Jack Clisby tackle in the 88th minute to shut down an Henrique attack in the box.

A goal to either side was enough to bring an end to the game, for a 1-1 draw in round one. 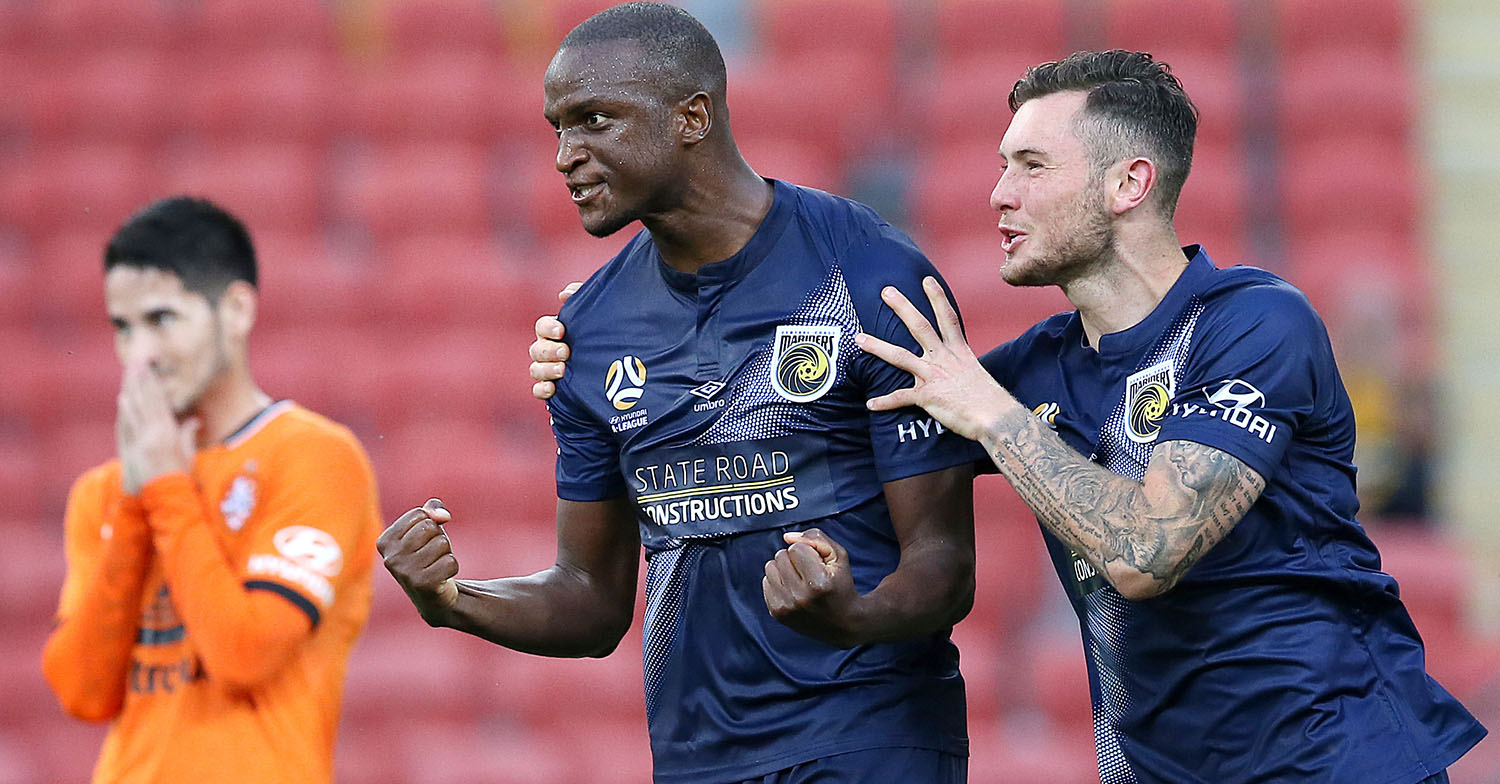 4’ PAIN GOAL: They say the best form of defence is attack and that was exactly the case for the Mariners opener. Taggart had a chance for Brisbane that was immediately shut down by a Golec tackle, it triggered a swift counter attack, with Connor Pain running onto a pin point Tom Hiariej through ball. With plenty still to do, Pain charged into the box and slotted his shot into the bottom corner.

65’ TAGGART GOAL: After being denied by the VAR no less than five minutes earlier, there was no denying Taggart’s finish. With his back to goal, he turned and capitalised to make it 1-1.

“A draw in the end is probably a fair result but of course when you go in front you look back and say we should have held onto that,” Mulvey said. “We had our chances, they had their chances.

“I look at it from a holistic perspective. We’ve brought in plenty of new faces, overall I can’t complain. We did ride our luck a little bit but Brisbane are a good side so you take a point.

“No I’m not happy with a point, you always want to win but I can’t fault my players today. They did fantastic, we really dug deep when we needed to and we had some heroes on the field. It’s the first game of the season so we will improve.

“Kalifa is trying to get a copy of the footage to find out whether his goal should have stood or not, he was a bit upset with that. We brought him in for his experience and leadership. Kye Rowles was fantastic today as well but it would be remiss of me to highlight any player individually because everyone deserves plaudits for today,” Mulvey said