Defender Josh Rose is adamant morale in the Mariners camp remains strong despite the club suffering its fifth straight defeat against Brisbane on Sunday.

Central Coast will likely see out 2015 in bottom place on the Hyundai A-League ladder but Rose said the squad were unperturbed by their recent poor run.

The defender, who made his 150th league appearance for the Mariners, felt his side deserved to take something away from Gosford, having been beaten by a late Dimi Petratos winner.

“We still created the odd chance in transition; it was just that final ball that was lacking. 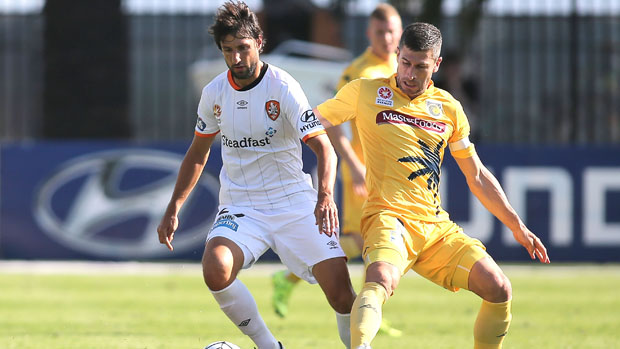 “We had a few good chances and I think if we’d got that final ball it might have been a different story.”

The Mariners have failed to win since the opening round but Rose is confident the new year will bring a change in fortunes.

“Definitely we can turn it around. There was a lot of soul searching this week,” he said.

“Although today it didn’t go our way there were chances in the second half where the boys really stuck together and got a lot of hard work done.

“It’s disappointing not to win but we’ll pick ourselves back up. We’ve got nowhere to hide now, we’ve got to come back out on Boxing Day against Sydney and try to get the result.”

Reflecting on his personal milestone Rose beamed with pride having become just the fifth player in Central Coast’s history to play 150 A-League matches.

“It’s a proud moment for me. It would’ve been nice to get the win but it wasn’t to be.

“It’s nice to get 150 games for this club, it’s a great club and a great moment for me personally.”