After a bye in round one, the Mariners Academy host Bankstown Lions FC in round two of the competition.

With a rebuilding phase in 2016 now well behind them, CCMA Women’s Premier League has every reason to be looking forward to a rewarding and successful 2017 season.

A talented and enthusiastic coaching staff have been working for some time now with a new Senior squad which has added many new faces from the 2016 season.

Yule credited his squad’s determination and is looking forward to the upcoming season.

“Training for our teams started well before Christmas and we have been building our skills and game play over that time,” Yule said. “The enthusiasm shown by our squad has been fantastic and the players have come a long way in a relatively short time and are really gelling as a team,” Yule said.

2017 has brought the signings of several experienced and talented players from the local Sea FM Women’s Premier League including Gosford City’s star striker Candice Phelan, Jade McAtamney and Gabbie Blanch from Killarney District as well as seasoned campaigners such as Liz Shorter and Katie Oliveira from The Entrance Bateau Bay.

Exciting young local player, Georgia Davis also makes a welcomed return to the Central Coast after several seasons with the North Shore Mariners in the National Premier League 1 competition. 2016 Captain Oriana Keane is also back after long term injury providing a major boost to the squad. 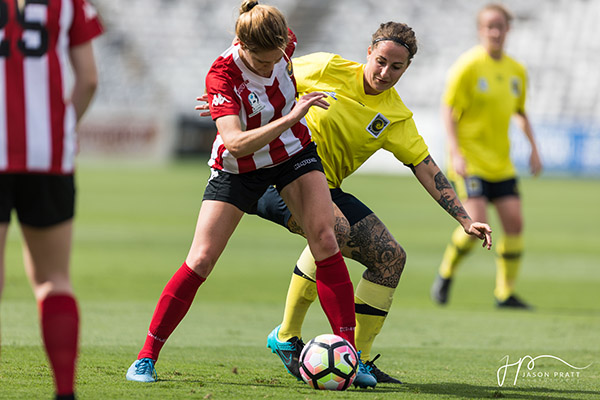 “The 2017 squad is very well balanced and provides strong defence along with dynamic attacking options, all of which suits a style of play crafted to go very deep into the competition and success is an expectation,” Yule said.

Backing up the First-Grade team is a talented Reserve Grade outfit, purposely selected for their potential with a view to the future. However. they have eyes on First Grade spots and will keep that group on their toes, competition for places is key between the reserve and first grade sides.

“Elite Women’s Football on the Coast is in a very good place,” Yule said. “We have a talented and enthusiastic playing roster, great support from CCMA and every reason to believe in ourselves and that the season ahead will be something to be proud of.

“Pride in the Central Coast and in the Mariners group is in abundance and the Academy is a long way into their mission of developing Ladies Football on the Coast and providing a pathway to elite Women’s Football,” Yule said.

Entry to the Womens Academy games is FREE this Sunday April 23 at Pluim Park. First Grade kick-off at 3pm against