The Central Coast Mariners would like to congratulate Trent Buhagiar and Liam Rose who have today been named in the Australian Under 23’s National team 26-player-squad.

Australian Under 23’s National Team Head Coach Josep Gombau has named a 26-player squad ahead of the upcoming AFC U-23 Championship China 2018 Qualifiers to be held next month in Myanmar.

The majority of the players are currently at Hyundai A-League clubs, with the additional five being overseas based (Awer Mabil, Stefan Mauk, Thomas Glover, Daniel Nizic and Milislav Popovic).

“I am very confident in the players we have picked for this tournament,” said Gombau.

“In all of the training camps we have had recently they have done really well and I am satisfied that the final 23 players that are chosen for the tournament can do the job.”

“For a lot of Asian countries they are currently in the middle of their seasons whereas in Australia it’s pre-season, but we have a number of players who have already been in pre-season for three weeks so they come into camp with some load and training under their belts.”

“But we have a camp for 10 days leading up to the start of the tournament so I’m confident we will arrive at the first match in good shape.” 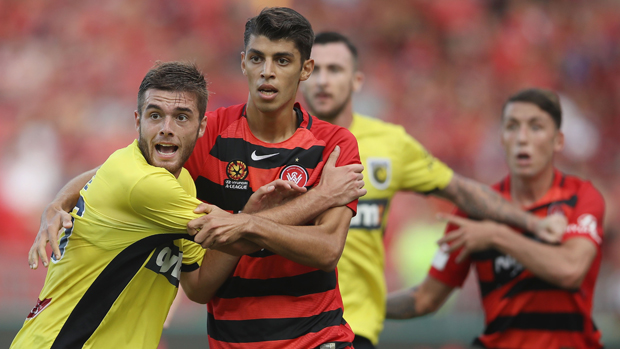 “The main objective is obviously to qualify for the AFC U-23 Championship but for me the key is that we have a squad that is highly competitive and there is depth among the entire group.”

“Of the other teams, Myanmar playing at home will have a bit of an advantage but we will definitely be respecting our other two opponents in the group as well.”

The squad will gather in Sydney next week for a pre-tournament camp which will feature two training matches against the Western Sydney Wanderers FC and Central Coast Mariners.

The squad will then be reduced to 23 players before heading to Myanmar on 15 July.

Australia’s first match will be against Brunei Darussalam on 19 July, followed by Singapore on 21 July and then the host nation, Myanmar, on 23 July.

To qualify for next year’s AFC U-23 Championship, Australia needs to top its group or be one of the best five second placed teams of the ten qualifying groups.