18-year-old midfielder Liam Rose is making the most of Luis Garcia’s arrival and today spoke about what he has learnt from the Liverpool Legend.

Beyond the training track, Rose has also been lucky enough to room with Garcia and admitted that the stories he tells are “unreal”.

Getting forward and offering an option in attack has been something that the young Socceroo has been working on, which paid dividends on Sunday against Adelaide United in the form of a classy assist for Fabio Ferreira.

After training on Wednesday, Rose revealed what the team is working on at training and the key messages that Luis Garcia has been passing on to his young team mates.

“We got into the game well, took the lead and looked comfortable but sloppy goals and giving the ball away too easy lost us the game,” Rose said

“We need to keep the ball, we’ve got confidence and you can see that when Fabio Ferreira & Mitch Austin get the ball in attack. 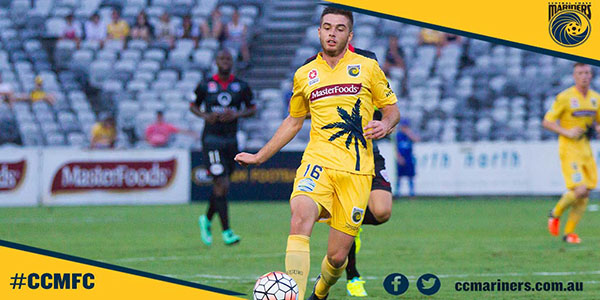 “We have the players to make those passes and score goals but we just need to make better decisions to keep the ball which is what we’ve been working on, hopefully we can implement it on Sunday against Melbourne City and get the result.

“I’m hoping to keep my spot, keep improving and keep starting to help the team out as best as I can whilst learning from players like Luis Garcia.

“Something that has helped me a lot has been seeing Luis Garcia come in and see how he finds space and plays those forward passes.

“He spoke to me about being more positive and playing those balls in behind the defence. Hutch & Tony have also spoke to me about that as well, I did that on the weekend, got the assist so I need to keep working on that.

“One of Luis’ biggest messages has been about communication, no matter how old you are and who you are you need to communicate and be loud on the field.

“Rooming with Luis and hearing his stories has been unreal. He’s played at the highest level so I try to take in as much as I can.

“When you ask him who the best player is that he’s played with and he says Ronaldinho, you just think that’s unbelievable,” Rose said.