Lachie Wales back to Grassroots for Play Football Round

To celebrate rebel Play Football Round, we caught up with Lachie Wales to talk about his junior football on the Central Coast at Terrigal United FC and the influence it had on his childhood.

Earlier this week, Lachie kitted up in the orange colours he hasn’t worn since the under 10’s to have a kick with four lucky juniors from Terrigal.

This weekend the Hyundai A-League and Westfield W-League competitions celebrate rebel Play Football Round to promote junior football registrations around Australia for the upcoming grassroots season.

Wales reflected on his time at Terrigal with fond memories, having now made six Hyundai A-League appearances for his home town club. 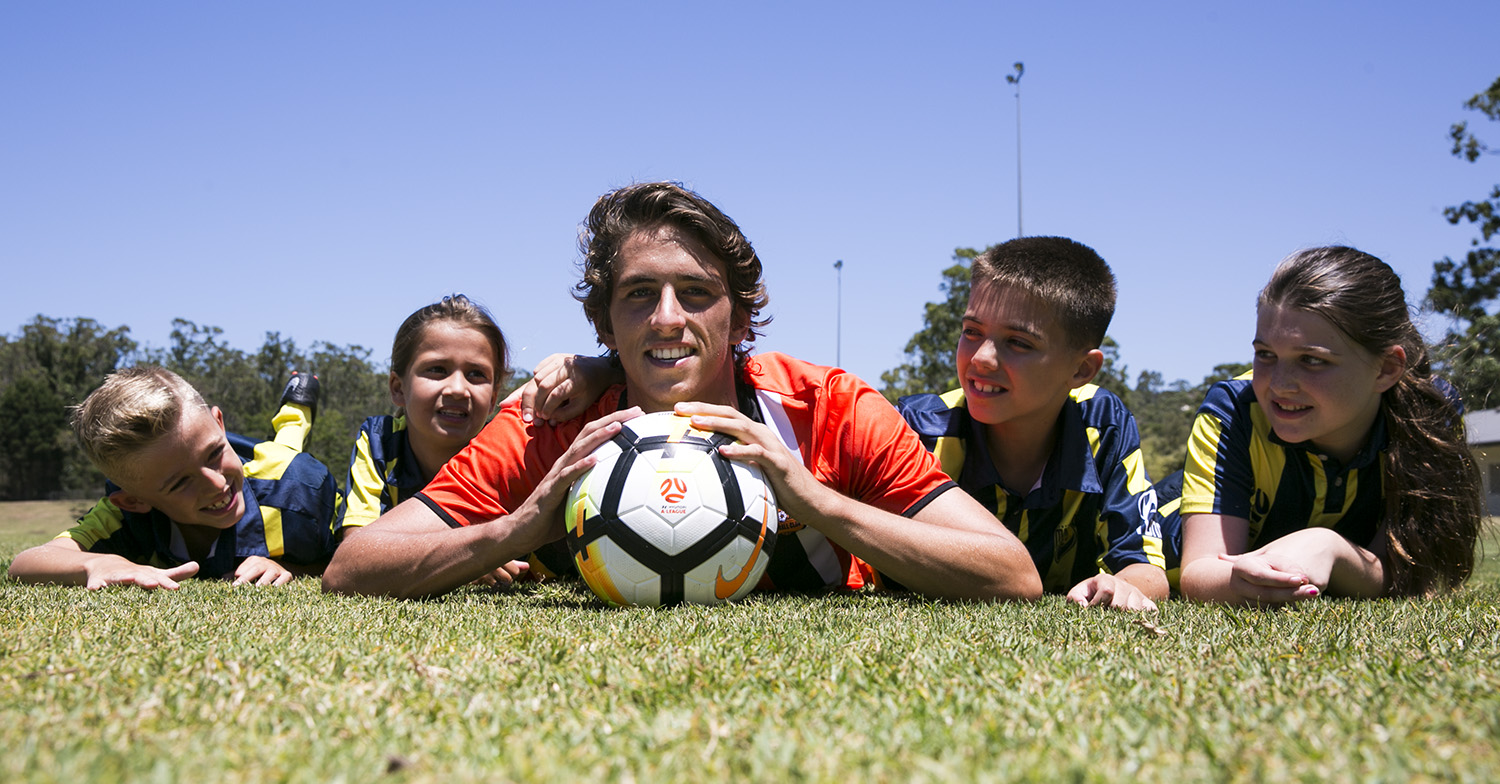 “Football has been a massive part of my life growing up on the Coast,” Wales said. “Every day after school I would run down to Duffys Oval to train with my local club, Terrigal United and I’ve got so many great memories there.

“Everyone needs to start playing football somewhere and Terrigal United was where it all started for me and where I learned to love football. It’s been a great journey to get where I am now but there’s still plenty of hard work to go,” Wales said.

Born and raised on the Central Coast, Wales had some good advice for any young aspiring footballers who want to follow in his footsteps.

“You need to work hard,” Wales said. “At that age it’s all about fun, so you need to enjoy the game as much as you can. Always listen to your coaches and learn from as many different people as you can.

“Even at this level, you play the sport because you love it – so it’s important to enjoy playing football with your mates,” Wales said.

From a Terrigal High School student to a footballer who has kids worshipping him at Central Coast Stadium, Wales said the support he’s received from the Mariners’ fans has been amazing. 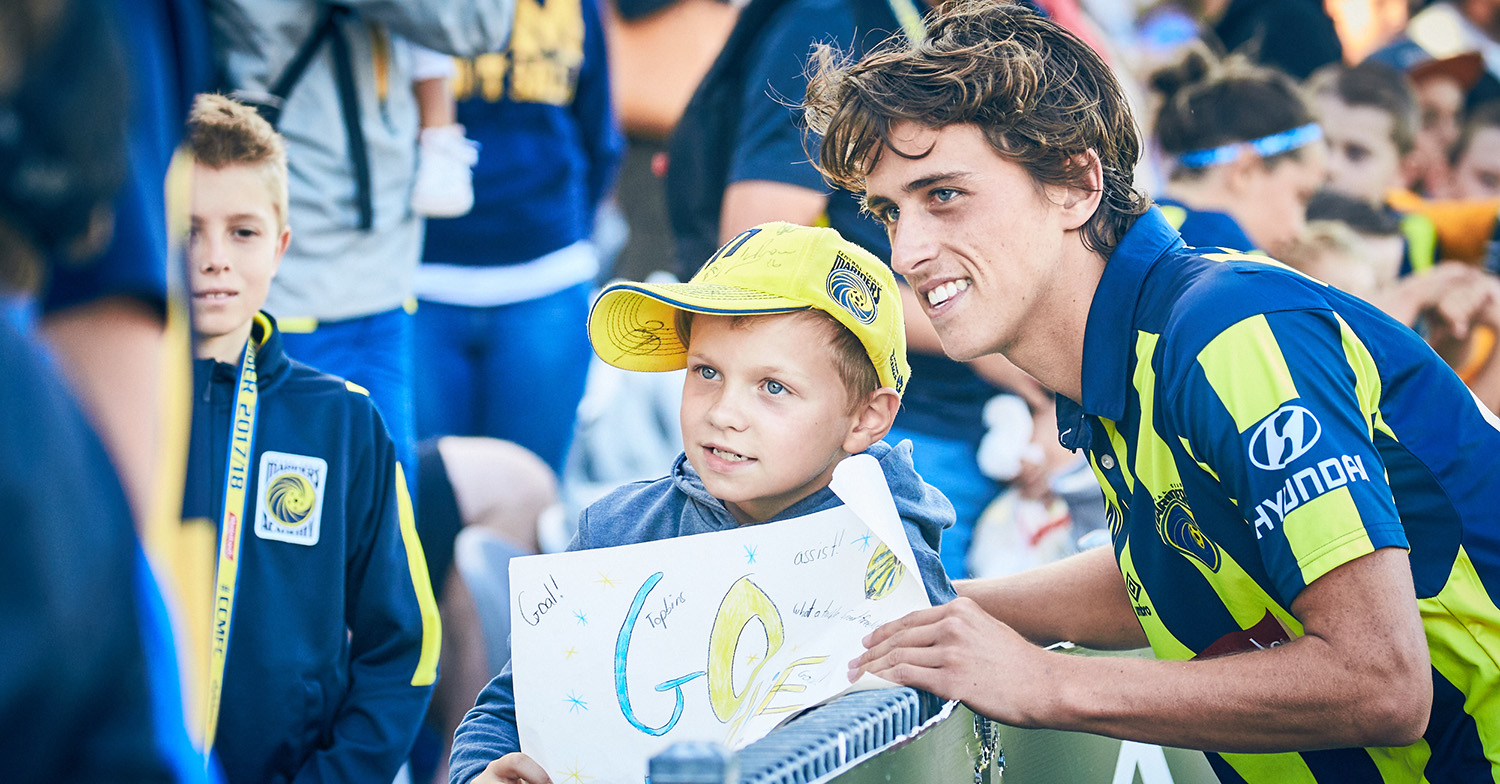 “To see kids in the stands with signs that have my name on it – it means the absolute world to me,” Wales said. “I used to be one of them kids with the signs made up for players like Josh Rose and now the kids are doing the same for me, so you have to pinch yourself and I am loving every second of it at the moment,” Wales said.

According to the Australian Sports Commission’s AusPlay Survey, football continues to be the largest club-based participation sport in Australia, engaging over 1.3 million people across all participation segments.

“Football is a sport for all,” said FFA CEO David Gallop. “Starting from ALDI MiniRoos, which is a great way to introduce football to girls and boys aged between four and 11, all the way to the ranks of the Westfield Matildas and Caltex Socceroos.”

“The rebel Play Football Round is another opportunity for us to highlight the entire player pathway from the girls and boys, mums and dads at the grassroots, to the women and men as the elite levels of the Westfield W-League and Hyundai A-League,” concluded Gallop. 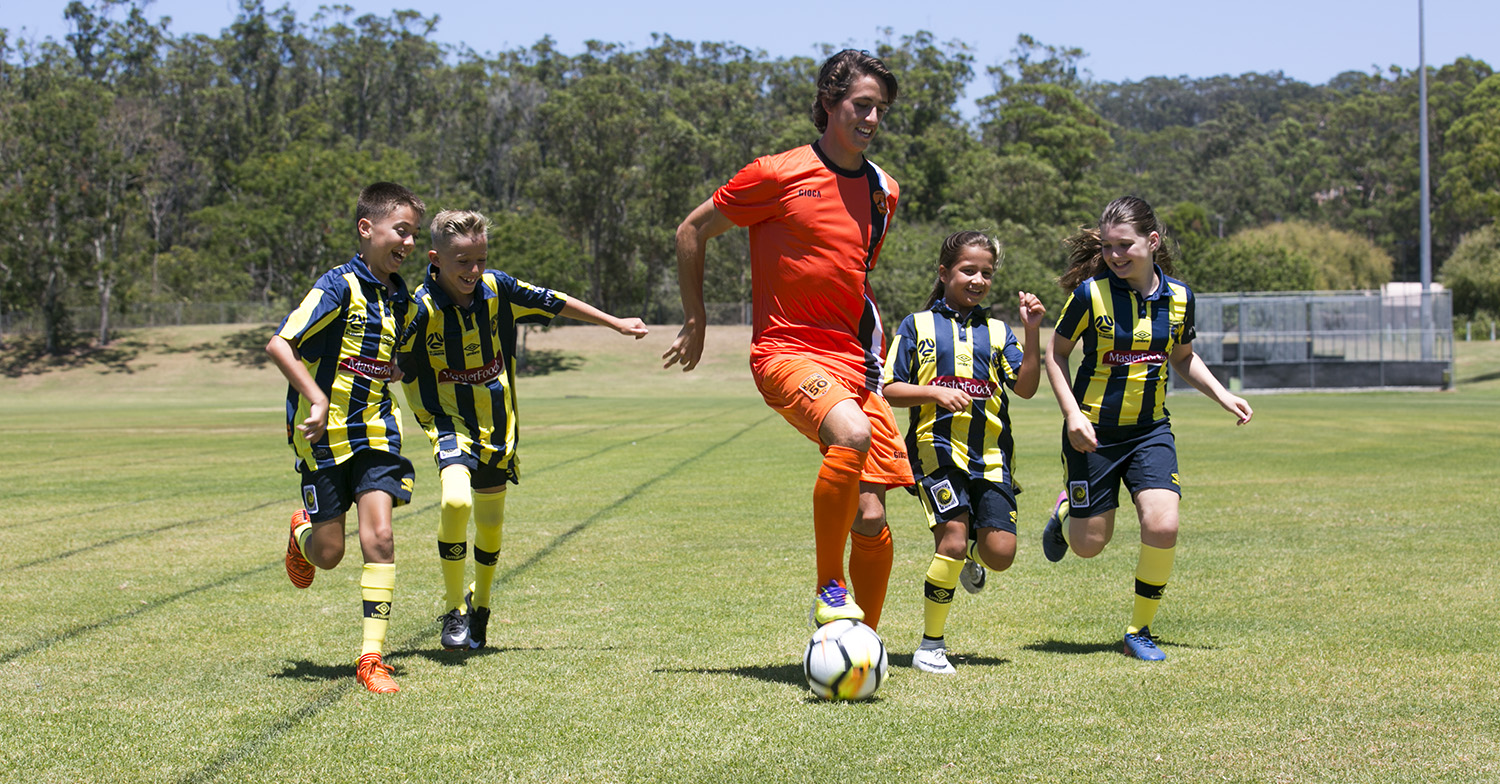 The 2018 edition of the rebel Play Football campaign will once again support the annual recruitment drive for grassroots coaches and referees, who along with players are the game’s greatest advocates. Coaches and referees at grassroots level play a significant role in creating a positive experience for players, which helps develop their passion for the game.

During the local club registration process, the Mariners will offer junior participants in their local area special ticketing offers

To find out more information about the ALDI MiniRoos, go to miniroos.com.au.