Former Reading FC Club Captain Jem Karacan is set to debut for the Mariners on Saturday. After settling in on the Central Coast, Karacan has made it clear that he’s here to win.

Having spent a full week training on the Central Coast, the Englishman boasts an impressive CV which includes appearances for Turkey at youth international level, time in the English Premier League with Reading and a stint with Turkish giants: Galatasaray where he featured in the UEFA Champions League against Atlético Madrid.

Ahead of his impending A-League debut, Karacan spoke about the idyllic Central Coast but assured Mariners hands that he’s here for football first – lifestyle second. 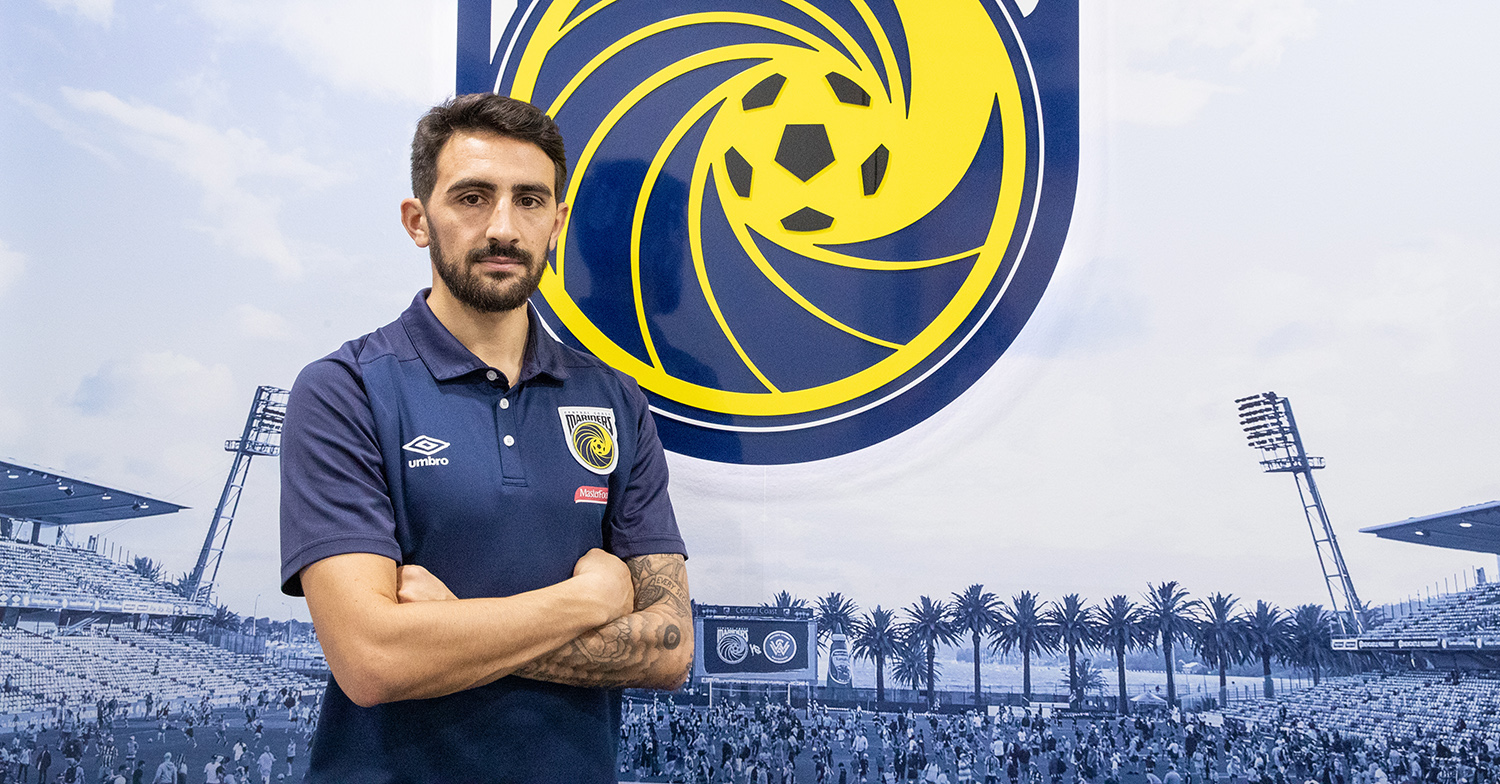 Coming to the Mariners at 29, in your peak…
“I didn’t play as much football as I would have liked at Millwall. So, I’m ready and really hungry. I’m not going to come here to rest and enjoy the life. I’m here to win football games, everyone that you speak to about me will say I will always give 110%. I’m a winner. That was built into me at Reading. If I can come out and do well, help the team I’ll be extremely happy.

A born leader…
“I was captain at Reading which was a massive honour for me. Got given the armband at Bolton when I first went there. Managers obviously see something in me, hopefully I can lead well here and lead by example. Do the right things on and off the pitch and just try and build standards up and keep them high. The main thing is three points on the pitch,” Mulvey said.

Knowledge of the Mariners…
“I was close to joining in the pre-season, so I’ve kept my eye on how they’re doing and the league and I’ve watched quite a lot of the games, the other club’s games, I’ve watched a lot of Alfie’s football because I was always going to watch my mate and how well he was doing. So, I know a lot about it and I can’t wait to get going. It hasn’t been great this season obviously for Central Coast, but, I’m confident that coming in we can pick up results. They’ve been very unfortunate the last few weeks, some decisions going against them and it just takes that one little moment in a game to change it and hopefully that can happen on first game this weekend.

Your first time to Australia…
“Yeah, its lovely isn’t it. Been here a couple of days now, my wife’s had me visiting a couple of the beaches and settling in and enjoying the different lifestyle so no it’s been a lovely start to life here.

Karacan’s illustrious career…
“Most of my career I was at Reading, I experienced winning the Championship there, playing in the Premier League and then went to obviously Turkey, played for Galatasaray and I played in the Champions league, I’ve had a lot of experiences which I’m hopeful will help me here and help the lads and whatever experience and strengths I can bring to the table here, do everything here I can to help.

That tackle on Steven Gerrard…
“Yeah, I had a good game against Liverpool in the FA cup. That was a great experience as well. Stevie G is one of my favourite players and in the away leg I planted one on him early doors just to let him know I was about and when we played in the Premier League he did the exact same to me. So, it was great to play them kind of players and stuff so hopefully my experiences over there can help me here.

Playing for Galatasaray…
“It was an incredible experience, the fans eat, breathe and sleep football. Obviously, the experiences of Champions league, travelling to Benfica I was involved there and then playing away at Atletico Madrid against players like Antoine Griezmann and players like that, it was an unbelievable experience for myself and it was tough at times out there but you have to look at the positives of every situation and to be a part of a massive club out there that was something you know that I will always have. It made my Dad extremely proud because he was a Galatasaray fan so he was happy.

The driving motivator to come down under…
“I wanted to try something new, I’ve spent my whole career mainly in England obviously Alfie [Adam Le Fondre] is here and doing well in Sydney and he was on my case every day saying look mate you’d love it. The whole challenges of the football, the new lifestyle you know I basically put all my trust in him, he’s a very close friend of mine and then people like Adam Federici, I’ve been in touch with him he spoke so well about the league and said for me and my wife we’d absolutely love it. We’ve taken a leap of faith but so far, we’ve really enjoyed it.

“I was with Kalifa Cisse for a long time at Reading. I haven’t seen him for so long so it was nice to see him, he spoke wonders as well about the place and the club so I’m just looking forward to getting going really.